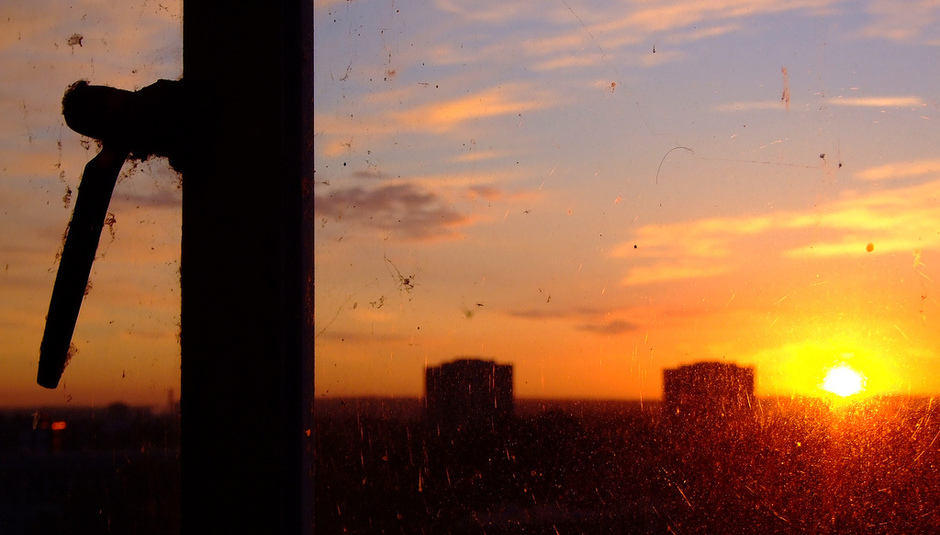 At the moment it genuinely feels as though you can’t take more than a step or two without bumping into another promising musician working within the convoluted spheres of dubstep/post-dubstep/’whatever-the-hell-you-wanna-call-it-anyway’. It’s testament to the internet’s use as an easy access conduit to more or less anything you could possibly need – cheap laptops, cracked software, Ebay priced hardware – that more people than ever before are able to create music. That comes with a proviso, of course; there’s a lot of substanceless mulch out there. But then there are real glimmers of brilliance, and sometimes it only takes a tiny tipping of attention to push them above the parapet of the mainstream: only a year ago Mount Kimbie were barely known outside the close circles of the ‘scene’ surrounding them.

So this is Subliminal Transmissions’ ones-to-watch list: seven producers making original and frequently brilliant electronic music that’s deserving of far wider recognition. Admittedly, most will probably never see the sort of wider success enjoyed by Joy Orbison, Kimbie or Skream – the squashed electro styles of Al Tourettes, for example, are far too obtuse for that – but throughout clubs and blogs a real buzz has been building… Hessle Audio’s recent recruit seemed to spring from nowhere with a pair of strangely fully-formed tracks. A little like the rest of the label’s output, ‘Fram’ and ‘Iddy’ are both entirely powered by frantic drum work, lit up only by the occasional glimmer of melody, or darkened by paranoid whispers that flit around somewhere in the background. ‘Jackal Ter9’s’, which emerged recently on a low-profile 12” split with Ste Shine, is better still, its nauseous synthline bringing to mind an even sicklier verson of Kode9’s ‘Black Sun’. There’s been a lot of talk about dubstep evolving far beyond its original capacity recently, but Blawan’s music touches base with its early forms in a very tangible way before setting off on its own course. Abrasive, mostly nocturnal stuff, but entirely pleasurable in that.

There’s very little information out there about George Fitzgerald, and even less in the way of music – just a track on Scuba’s Sub:stance CD (the pillowy drone of ‘Don’t You’) and one great little 12” on Scuba’s Hotflush imprint. There are inevitable comparisons with Joy Orbison being made across the board, but close listens reveal subtle differences in style. Fitzgerald’s music is by turns more muscular – the bass is a monolithic, sulky presence throughout his tracks – and more ethereal, as the trails of ectoplasmic vapour left in the wake of the ghostly ‘Weakness’ can attest to. It’s also some of the most beautiful stuff that’s come out of the Hotflush stable in a while, and if there’s any justice his music will do a Joy Orb/Mount Kimbie and find a far wider audience over the next few months. You can hear his unreleased track ‘Fernweh’ on Wednesday’s Subliminal Transmissions 01 mix.

Though not strictly a new artist (he’s released several tracks with Appleblim in the last couple of years, and last year’s 12” on Apple Pips established him as an individual producer), Bristolian Al Tourettes’ recent 12” on the If Symptoms Persist label was such a dramatic step up that he really warrants inclusion here. His tracks are dense, stark and dramatic, driven by shattered percussion that recalls classic electro and techno as much as it does the music of his Bristol contemporaries. ‘When I Rest, I Rust’ in particular hits like a ton of bricks, and recent Appleblim collaboration ‘Mr. Swishy’ is a pitch-black slice of garage-infused house. His track ‘The Next Meal’ appears on Wednesday’s Subliminal Transmissions 01 mix.

If there's one overarching dancefloor narrative in 2010, it’s got to be the surge in new UK garage and two-step. Adding his own indelible mark to that strain comes the enigmatic Bad Autopsy, a producer of low profile but considerable chops. Remarkably fully formed for an isolated Soundcloud page, Bad Autopsy's tracks bear some similarity to Deadboy's cheeky, hyper-coloured R’n’B refits, although newer, percussion-driven productions could as easily be slotted alongside Julio Bashmore's tribal house. Considering this mystery producer counts Bok Bok and Scuba – label heads of Night Slugs and Hotflush respectively - amongst his fans, it’s a wonder there's no information on a forthcoming release available. The latter even dropped ‘Psionic Terror’ in his landmark Scuba VS SCB mix for the Resident Advisor podcast series. Needless to say, his Soundcloud tracks suddenly became stream-only recently, so it’s likely something exciting is just on the horizon. Steve Braiden rose to prominence as a DJ and photographer of the highest calibre, holding down a Rinse FM slot and regularly uploading dizzyingly good three-deck mixes that connect the dots between classic Chicago House, Eglo Records boogie and London 'nuum music. A fateful term at the Red Bull Music Academy has equipped the man with the necessary tools to pull those myriad influences together, and the results speak for themselves. Forthcoming single ‘The Alps’ is a late night hybrid jam that juxtaposes skeezy Funky swagger with icy techno austerity, bolstered by a breathy restrained sexuality. Whilst Braiden isn't exactly a new face in the UK bass music scene, this facet certainly is. And with its release imminent through Joy Orbison's Doldrums label, backed with a remix from much acclaimed Workshop man Kassem Mosse, it’s probably not one that's going away anytime soon.

It makes a fairly bold statement when an upcoming artist is signed to seminal label R&S. James Blake’s fantastic CMYK EP came out through them, as did Pariah’s debut, the one-two punch of ‘Detroit Falls’ and ‘Orpheus’. Even now, by the time of his second EP, Safehouses, Pariah’s is a sound constantly in motion, able to pick up any number of current styles without sounding disjointed. There’s some of Joy Orbison’s flighty house in there, a large dollop of Hessle’s percussive mania and the odd blast of Glasgow-style woozy hip-hop, but the end result comes out remarkably well integrated. Although at times it still feels as though Pariah is a producer searching for his own definitive sound, his current scattershot direction is still exhilarating to witness – and if this is his music in its embryonic form, it’s hard not to imagine that what comes next will be quite something. You can hear his track ‘Crossed Out’ on Wednesday’s Subliminal Transmissions 01 mix.

Like Al Tourettes, Hackman hardly warrants the ‘new producer’ tag; since his productions first started appearing in Dusk & Blackdown’s Rinse FM shows a year or so ago he’s been responsible for a spate of largely brilliant 12” releases, culminating in the heady vocal house of ‘Always’. His sound shares as much with the jazzy feel of broken beat as it does turn of the millennium two-step and UK funky, but in all cases it sounds as though he’s discovered it through a combination of luck and instinct rather than through direct influence. It’s raw, humid and deeply melodic, and bristling with colour - the broad brush-strokes of ‘More Than Ever’ and marimba-esque riddim of early track ‘Feel It’ are both as reminiscent of Tom Waits’ masterfully weird Swordfishtrombones as of any current UK house variants. The buzzword ‘tropical’ has been thrown around a lot recently. For the most part it’s a vague and slightly irritating description, but in Hackman’s case the sheer heat of his music comes closer than most to justifying it.

List compiled and written by Simon Docherty & Rory Gibb – for more thoughts and words, check out Always Everything.