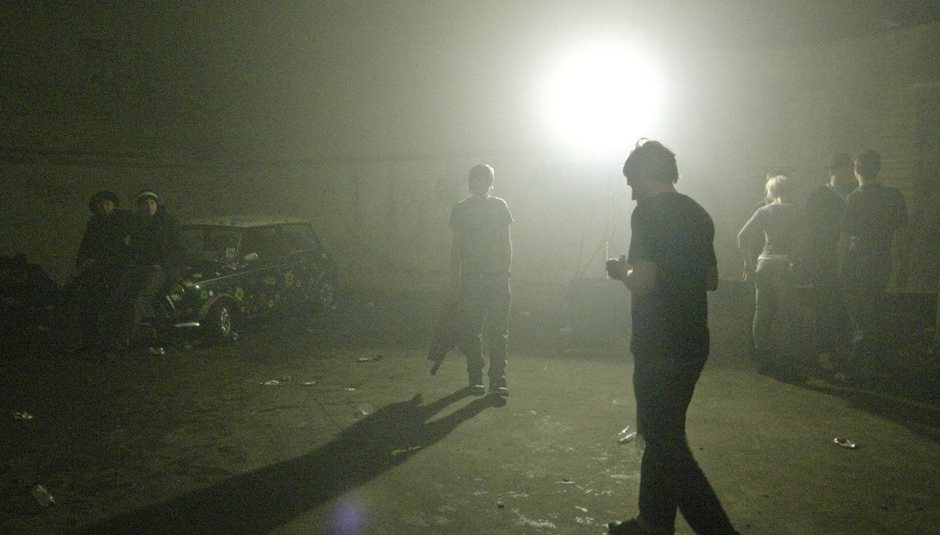 What U Call It?: Future moves & further reading

What U Call It?: Future moves &amp; further reading

So, at the end of DiS’ Subliminal Transmissions week, which has largely been focusing on the development of sounds up to this point, it seems appropriate to open the floor a little and look forwards at what the future holds. The last eighteen months or so have seen the rigidity of dubstep’s structure gradually eroded away by a seemingly bottomless well of producers drawing influences inward from other sources. Again, the crucial element here seems to be space: dubstep and garage beat patterns are flowing, organic things that draw far more from what isn’t there than from what little there is. At the logical extreme, then, you find someone like Loefah, who takes that distance to its furthest extent, on a track like ‘Horror Show’ opening up a vast psychic void filled with little other than creeping dissonance and an amniotic cocoon of sub-bass. Even the tension between halfstep beat and double-time bass movement that drives many mid-period Mystikz tracks is all about implication; getting a crowd to dance to music that on initial inspection seems crushingly slow is an impressive feat of collective suggestion. So it’s unsurprising that those spaces were so rapidly packed with other elements, and that sub-bass seems to be spreading outwards like a viral infection through other genres. There’s a biological theory proposing that evolution occurs as a series of punctuated equilibria – long periods of stasis separated by sudden bursts of rapid change. If this holds true for the music coming out of the hardcore continuum, as Blackdown suggested in Wednesday’s interview and this blog post, we’re currently in the middle of a period of great evolutionary upheaval. Producers are pulling influence in from as far afield as Chicago juke, hip-hop, ambient, free jazz and Detroit techno, as well as self-referencing from earlier nuum music – garage, jungle, drum ‘n’ bass. The 808-heavy material coming out of Loefah’s Swamp81 and the Night Slugs label – Addison Groove’s already impressive catalogue of dubs, new material from Girl Unit, gorgeous anomalies from the likes of Cedaa – presses Chicago’s house sounds through a distinctly UK, dubwise filter. Placed alongside already hyperactive grime-influenced house and garage sounds from Hessle Audio, Night Slugs and Blunted Robots, a welcome percussive intensity is creeping its way back in. This shift is epitomised by David Kennedy, whose productions as Pearson Sound and Ramadanman are seemingly able to take on any guise with effortless success, and Brackles & Shortstuff, whose gaudy, synth-heavy two-step offers an entirely modern take on the sounds of 2000.

And then away from the immediacy of the dancefloor there are further anomalies. The loop-based, lo-fi takes of Mount Kimbie and James Blake find surprising shared ground with the subversive experiments of the US’ Daniel Lopatin (Oneohtrix Point Never) and James Ferraro (The Skaters), and even Liverpool’s Forest Swords, whose recent releases have a similar sense of spatial and narrative awareness to Kimbie’s Crooks & Lovers album. London’s LHF collective are heading off on an astral tangent through jazz, hip-hop, psych and jungle, locking to totally intangible pirate frequencies via the medium of the internet. And then somewhere in the middle there are the delicately experimental balancing acts constantly emerging from Hyperdub, Hotflush, Hemlock and Punch Drunk, and acid-fried house coming from Eglo and Planet Mu - the likes of Oriol and Floating Points.

At this point it’s tough to try and track any consistent lineage threading through all of this, and nigh on impossible to guess where the next period of stasis will end up landing. But in the meantime there’s such a consistently exciting stream of new music emerging that it barely matters; at the moment the process of evolution is throwing up so many unusual mutations that it’s probably better to sit back and take it all in than attempt to make coherent sense of everything. For more of the same sort of stuff that’s been covered this week, there are a few other great hubs of knowledge and debate:

Martin Clark’s blog is a no-brainer for thoughts and interviews, and he often posts full transcripts of his interviews for Pitchfork’s Month in Grime/Dubstep column. Sonic Router – full disclosure, I contribute to it – has rapidly developed into one of the web’s most on-it blogs, boasting a truly impressive stream of exclusive mixes. Recent ones from Blawan, Orphan101, Simon/off and Clubroot are particularly worth your time and effort. Fact Magazine’s editorial content and mix series is a similar goldmine of information and new music, and XLR8R, Little White Earbuds and Resident Advisor are well worthy of investigation. Rob Booth’s fantastic Electronic Explorations podcasts constantly showcase material from new and established producers. Blog-wise, Baobinga’s Bassmusicblog is self-explanatory and great, and Always Everything (edited by this week’s contributor Simon Docherty) covers the hazy regions where UK sounds overlap with music from further afield.