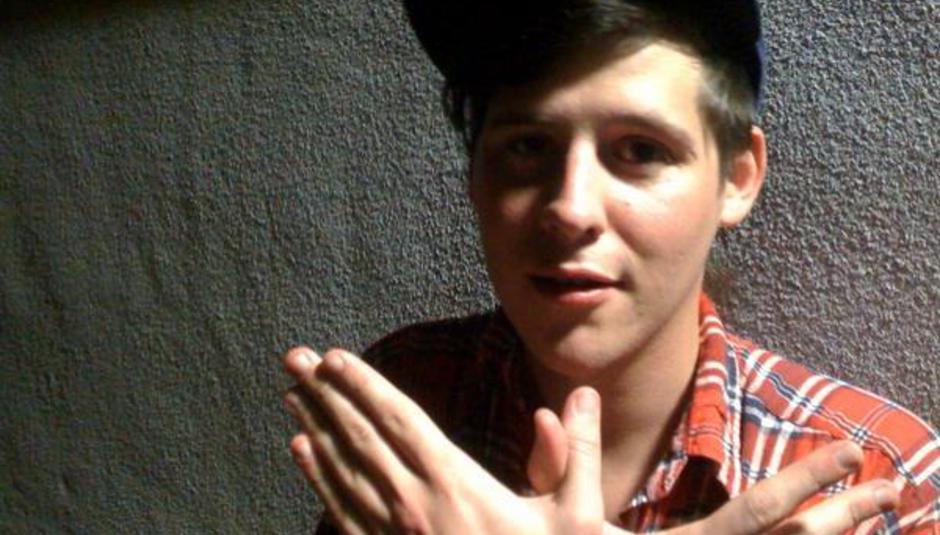 Another edition in our weekly round-up of things what appeared on the website in the form of a Spotify playlist. Click here to listen to number 55, featuring Caribou, The Millionaires, Hercules and Love Affair, Mogwai, Jens Lekman, Battles and many more.

There is not enough Dan Snaith in the world. Or maybe that should be there aren't enough Dan Snaiths in the world. It'd be good if he could use his mathematical powers to clone himself or something, though with music as good as he produces, it's unlikely he's spent any time thinking about it. Regardless, we had a couple of videos from Caribou this week, one the official video for 'Sun' and one a performance of 'Odessa' live at Heaven. I like both.

I'm sure that Everything Everything had a few more tracks on Spotify. Never mind, one is enough for today's purposes. They very recently announced a few details about their debut album release which comes out through Geffen at the end of August. This track, eh? It's very hard not to whistle along to. Impossible, almost.

Doing anything apart from dancing in a silly manner is tricky for this Hercules and Love Affair track, though. At what point do you decide to sing like that? That's what I would like to know. Not that it's a bad thing, but that's hardly his natural singing voice, is it? They played Melt festival the other day. Click here to read Hayden Woolley's review of it all.

Single Of The Week, ennit. Wendy Roby said: "Even though ‘I Need Air’ is both Shooting Stars and Coming Up and Is This What Is Meant To Happen and My Insides Have Gone All Massive and all that other naughty, it’s also so perfectly put together by Mssrs Skream, Benga & Artwork that it NEVER SNAGS. A faultless pop record, then, a joy." Click here to have a view of the full rundown.

What a surprise, Menomena are still around and still making fantastic records. This isn't going to change for a while, I fear. Click here to read Robert Cooke's 8/10 assessment of their latest album, Mines.

We're all pretty glad to see Wavves, aka Nathan Williams, back on track and making more good - if divisive - music. Especially after all that hoo-ha last year, though that was much ado about nothing in honesty. Click here to read the review of King Of The Beach.

It's been quite a long time since Jens Lekman released an album. Three years or so in fact. I'm sure you will agree with me when I say this is far too long. Still, the news this week was that there's a new song up for grabs. News is also that he's working on his next album. Fingers crossed for a release. Soon.

From one Nordic artist to the next, The Whitest Boy Alive also performed at Melt festival, with Fred Falke. Click here to read the full review of Melt 2010.

9. The Millionaires - 'Stay The Night'

There is something just 'wrong' about The Millionaires. It's quite easy to put your finger on it, not that you'd really want to touch any part of their body. All I know is that if their lyrics are anything to go by they are not leading the most 'healthy' lifestyle. I'm sure their grandparents would be proud. They featured in This Week's Singles.

Still at a bit of a loss to use any words to justify The-Dream, or rather there are few words I'm capable of writing that I feel could do him anything approaching justice. Perhaps you should just read the review of his new record. It's called Love King.

We have a new Calories video. We'd like to link it in with remind you that it's Tough Love's 5th anniversary at the moment and also that Calories are WELL GOOD. Get your eyes on the video for 'FFWD' here.

Battles have been announced to headline this year's Release The Bats, as put on by All Tomorrow's Parties. They are joined by Beak> and a couple of others, including Tweak Bird. Do you have to dress up for it and all?

There were a couple of Mogwai-related stories this week, including the live streaming/screening of their new feature-length film documentary, Burning, and the announcement of a full UK tour for early next year. Excited about that. A lot of people aren't fans of 'Katrien'. Are you?

Have a guitar that you would like to smash up? Or rather, have some noiseniks from Leeds smash it up for you. Then head here to find out the specifics. Rewarding on unrewarding?

School of Seven Bells are quite photogenic. Just see how photogenic they are by viewing photos of their gig at London's Scala.