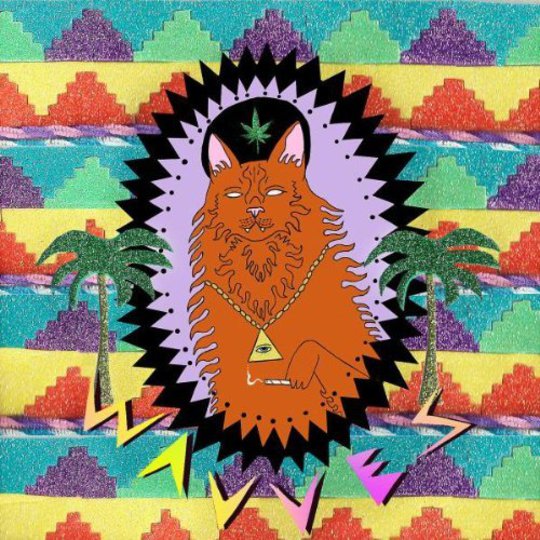 In the world of lo-fi Nathan Williams is somewhat the infamous celebrity. Ask anybody what they know about his band Wavves and they might tell you about a war of words with Psychedelic Horseshit’s Matt Whitehurst, a bar-room brawl with Black Lips in New York or, maybe the time in Barcelona when, onstage at Primavera, Nathan and his drummer got into a huge argument that led to a drug addled breakdown in front of thousands of festival-goers. If Brooklyn’s punk scene had a version of Heat Magazine, Williams would be its Kerry Katona.

All of which makes King Of The Beach an even more outstanding album. Previously the stories of Wavves' misdemeanours were free to run riot because his music wasn’t all that much to write home about. It clattered in all the right places and things were suitably scuzzy, anarchic and distorted, but compare anything from 2009’s self titled debut record to the 3-D pop majesty of King of the Beach cut ‘Post-Acid’ and you’re not just looking at a rejuvenated band but one starting completely over again.

‘Post Acid’ comes half way through King Of The Beach and is a clear highlight, destined to be included in many end of year round-ups. Its chorus bursts out of the speakers, gleefully skipping away from the cloak of fuzz Wavves and their contemporaries have draped over their recordings for so long. More akin to vintage Green Day than anything else, it’s a snotty, free wheeling anthem that offsets some of Williams more self-loathing lyrics perfectly.

That’s not to say that self-loathing isn’t lurking around every corner. No, it seems that even the crown prince of the shore can still find time between surfing and sun-gazing to delve deeply into his own navel. Most notably and directly this comes on ‘Idiot’, a song that lyrically reflects what many of Williams detractors have been saying about him for a long time. “I’m an idiot, I’d say I’m sorry but it wouldn’t mean shit” he snarls, leaving the listener not knowing whether to give him a slap or a high five. That decision is made up with the gloriously dumb statement “I won’t ever die, I’ll go surfing in my mind” which is somewhere between prophetic and something Jez from Peep Show might say.

Wavves' pop chops come thick and fast with songs seemingly battling each other to outdo the previous chorus. Chief amongst these anthems in waiting lies ‘Super Soaker’ and ‘Green Eyes’. It’s not just catchy melodies that define King Of The Beach, however, with a handful of tracks venturing off the well worn path and exploring new territories. ‘Baseball Cards’ uses trippy synth loops to create a spinning, off-kilter atmosphere that taps into previously unlocked parts of Williams' stoned brain, whilst ‘Convertible Balloon’ is as close to a radio friendly R’n’B smash hit you’re likely to see coming from a plaid-clad self-confessed idiot who smokes too much and is prone to fighting other bands.

This album should have been a disaster. It’s called King Of The Beach for a start: Hipster Runoff couldn’t have come up with a more satirical title. It features a cartoon cat on the front cover. The whole thing screams 2010 lo-fi inside joke. What Wavves has created here however is a collection of gleaming pop gems, laced with self-hatred and a keen sense of rebellion. It’s in fighting expectations - and not the people around him - that Nathan Williams has really come good.