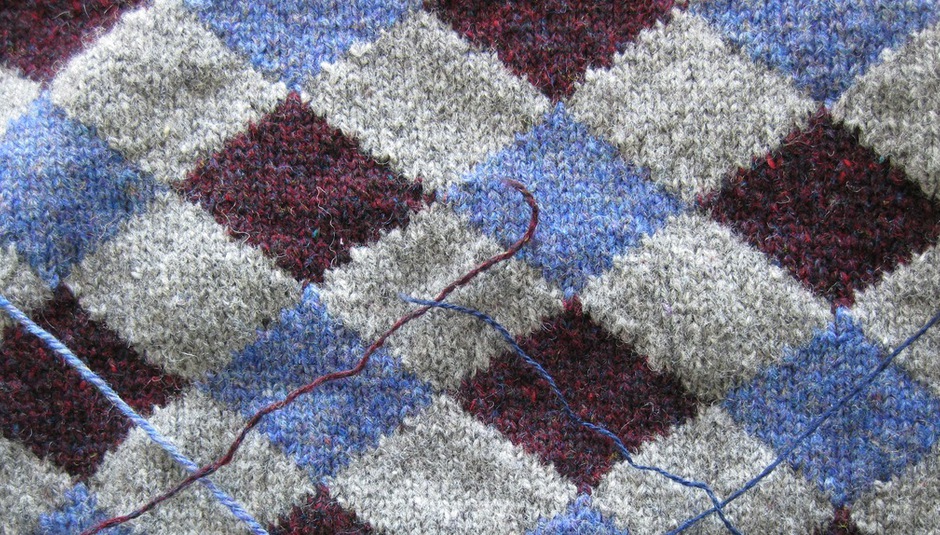 As an experiment, this week I am approaching the singles as you might, giving them one (and only in exceptional cases, two) spins, like you would at the shops. That is the Big Idea, anyway, and it has ABSOLUTELY NOTHING to do with the fact that I am (woe me) rather under the weather. The first time I listened to an MM single I was in Paris, and I were a bit afeared this might have wonked my brain somewhat; made me more amenable. This turned out to be a load of old horse, because I’ve listened to ‘Like Home’ squillions of times since, and it is delightful. But is ‘Sleeping In Our Clothes’ delightful? I think so, they have a lightness of touch and a deftness which seems rather admirable, a kindness in the vocals which money can’t train you for, and a slinky side to their twinkle that makes it all look easy and light. And of course it isn’t. ‘Sleeping In Our Clothes’ turns out not to be about falling into bed shitfaced, but being out while everyone else is tucked up in bed and taking risks and making plans with someone you don’t know that well but have a good feeling about [NOT A ‘VIBE’ THOUGH, VIBES ARE DREAD]. And it’s got the best brass section I’ve heard in ages, that sounds like it’s been recorded through a hundred layers of Kapok. [Craft Warehouse reference for you there.] I liked this single so much I listened to it twice - which makes a mockery of this week’s ‘concept’ before we have really begun, and which should tell you I am not to be trusted. If you ever find yourself having a game of Risk with me readers, you leave the room at your peril.
SERIOUSLY NOW, listen here

Lucky Delucci are from Walesland - and they do sound Proper Welsh, which is never not good, especially if you were born in Guildford and always sound very Thames and yawn. I mean, I don’t know what it is about these softly-singing coves, but they aren’t half good at recording singles you want to hug. I mean, even before they got to the bit where they warn how ‘Daddy isn’t here to put it right’ [WHY ISN’T MY DADDY HERE SURELY HIS ENTIRE EXISTENCE REVOLVES AROUND ME WHERE ARE YOU DADDY YOU MASSIVE BASTARD etc] I wanted to put aside my shy and bound like a puppyish div to tell them how their naïve and jaunty indie pop song was utterly darling. Basically ‘December 1986’ is a big ‘ol slice of charm, and if it does not sound too PAINFULLY TWEE, I would like to knit Luckily Delucci a nice scarf. Listen here.

Woodpigeon - ‘My Denial In Argyle’ (End of the Road)

‘My Denial In Argyle’ is not about refusing to wear checked socks like the ones B-Boys used to wear pulled up high, it is in fact what Mark Hamilton has called a ‘gay rock song’. Given that my bed-based predilections are about as vanilla as they come, it seems wise for me to sidestep this description in order to tell you how lovely it is. Because it sounds rather like The Pastels might have done had Brendan Benson circa Lapalco been in charge, except more shambling and far less FM shiny. It stomps, it drifts, it is a tune for Spring and it does exactly what singles are meant to do; it makes you want to hear the halbum. Yum.

It’s all very well for Erland and his blessed carnival to tell me I don’t have to be lonely, but they haven’t seen just how very dread it is ‘out there’. In any event, their new single sees them become their name, they have merry-go-round organs and twinkly carnies trying to pull you behind the waltzers and everything. You see, it sounds like a nice, comforting pop tune, but there’s something super sinister going on too, especially about two minutes in when it feels like Old Erl is singing in your ear; perhaps trying to bribe you with a rock dummy. And it also sounds a bit like a fairground Inspiral Carpets, and that’s obviously amazing, had they really pulled that off, but they only have slightly. In and out, up and down, faster and faster in almost exactly three minutes, it is not half bad; even if you hates the Verve like what I does, and wonder why you would go for their bloke anfems when you could have a Spiritualised (what have died and come back again and done all the chemicalz in the world, it is a fact). I am quite glad there is not a video, though because they really are quite old. Listen on Spotify, here or SoundCloud here. [See, I am nothing if not Equal Opps about musical widgets that intend to take over their world with their endless cuddly capitalism.]

I approach ‘Bloodbuzz Ohio’ with all the trepidation one should employ when someone you rather like has gone all silly in the head over them. This is because there is nothing more offensive than those times where you bring up a band you like, and someone you don’t know terribly well seems to think it appropriate to say ‘OMG THEY’RE SO SHIT! THEY’RE SHIT! HOW SHIT ARE THEY!’. You know, as if that might endear you to them, rather than propelling you to make excuses, go straight home and delete them from your all your social media lists; in a pointless attempt at ‘revenge’. Someone once did this to me the night I was off to see Bjork do Homogenic, and ever since I have hated people who say what they mean and call a spade a spade in lieu of ‘manners’. Anyway, I have not heard this new material, and I am slightly cautious when people say ‘Oh man, you really need to see them live, then it all makes sense’ - even though I used that sentence just last week (but without the ‘man’, obviously). In the end, ‘Bloodbuzz Ohio’ turns out to be just what I expected; doom-laden, ominous, full of portent [who said tautology was wrong, and what are they going to do about it? etc] and rushing; like those videos you see of (yes!) blood vessels and platelets [that is one of my favourite words] zooming about your body as if keeping you alive was vaguely important. I guarantee this is the sort of record that will attract the epithet ‘majestic’ [quick check of the press release, this word is absent, although apparently the NME have said The National are ‘important’, which argh does not help at all. Though let me tell you, 4AD press releases are some of my favourites, being nicely Spartan and short on spaff. Another tautology for you there.] This single is good.

Of all the women I wanted to be when I was a sixth-former, Laetitia Sadier am the best. I mean, she was arty (like me right, I was writing a comic based around a They Might Be Giants lyric, you know), she was French, she was in an avant-pop band who were not so avant you wanted to hit them, and obviously, she looked utterly and completely wicked (even with no makeup and a boring t-shirt on; I could never pull this off). Anyhoo, here she is again on ‘Pineapple Dream’ whispering quite frankly Lord Knows What, over a dreampop ** wibble soundtrack of plops and quivering xylophone tinkles. It seems uncharitable for me to point out that it’s not exactly the hookiest thing in the world, and um, now I look at the press release it turns out it’s a bloody album. So I am both bad at filing promos, and a twat.
** [Not sure about this term, it seems a bit wet, don’t it.]

Definitely a single, this one. I mean, alright, it’s really an EP, and stretching the term ‘EP’ at that, because it has seven completely different songs which really make it a mini-album if not actually an halbum – though it could be rather too late in the day for me to be making any sort of bid for expert status. In any event, we shall look at the title track what is called ‘Lonely, Lonely, Lonely’ which starts with one of those muffled bass noises that (if you are listening to it loud enough) actually sound like someone is knocking a very large cotton bud on one side of your head. It is also a single with a prodigiously good use of stereo, charging in on the left before it takes over your whole brain. It’s pulsy, pretty in a non-ick way, cinematic (but without sounding like a 15 page Sight & Sound pull-out on German Expressionism) and though it builds far too slowly for my liking and goes absolutely nowhere [Warning: this is not a Toddla T record, and sadly there are no ‘woo!’ noises on any of the seven tracks] it is entirely pleasant. I now realise ‘Lonely, Lonely, Lonely’ is what we call an ‘intro’ - so I would be tempted to skip straight into ‘A Glorious Time’. Which, from a cursory swizz, sounds like an ace sort of drone. Listen here.

Terrible name, terrible racket. Violent Soho appear to think it is 1992 and are making a play for MTV with a video in which kohl-eyed cheerleaders-gone-wrong feature heavily. Just so you know, the press release in real life and in a very real sense ACTUALLY CALLS THEM ‘the most visceral, mushroom-munchin’, bong-tokin’ slacker guitar foursome to be punishing their amps in a long time’. If that isn’t the dreadest thing I ever heard, I don’t know what dread is.

Taio Cruz feat. Ke$ha - ‘Dirty Picture’ (Universal)
About as edgy as my Mum (or let’s face it, me). Unsurprisingly there is someone doing an amusing acoustic version of this on the internet, here. And I am willing to bet it is ten times more entertaining than the original.

I think the point about ‘Let Go’ is that it’s refreshingly unassuming, and seems to have no agenda whatsoever. Sort of impossible not to take at face value, if you know what I mean. I think this is a good thing.

Wendy is on Twitter, here.. Come and talk to her about why ‘craft’ hours on shopping channels are like the lolliest thing ever.