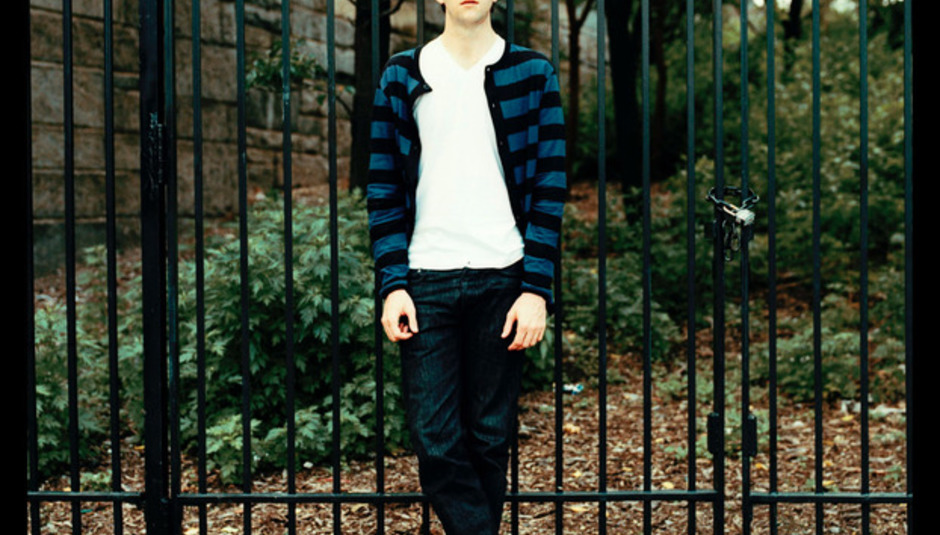 Hey there - to round off our 2010 preview week, here is a list of 'other stuff' we're looking forward to. It would be dead neighbourly to post your own hopes, dreams, fears and wild speculations below. This could have been twice as long and three times as speculative, and please bear in mind that new artists with impending debuts are going to be dealt with at the start of next year - WE'RE NOT QUITE Q YET. Anyway, enjoy!

While it might have seemed that Owen Pallett's biggest 'crossover' success was liable to come from his mounting fame as string arranger to the discerning indie megastar, Domino debut Heartland is the point where the widescreen flourishes he's added to the likes of Arcade Fire and The Last Shadow Puppets finally gel with his own, gaspingly intimate compositions as Final Fantasy. There are choruses. The production is nice. The singing is warm. It's fully orchestral. There are some electro-classical crescendos that will knock the question of the next Sufjan album out of your head for a month at least. 'The Great Elsewhere' is Arcade Fire massive, and quite easily the best thing he's ever done as a recording artist, possibly the best thing he's even been involved with. This shit is epic. Haven't had long enough with this one to really digest it yet - not least the apparent 'story' 'about a farmer named Lewis and the fictional world of Spectrum' - but this really does sound like a man who has fully arrived as an artist.

Since Vampire Weekend's debut album emerged to a hail of cheers early last year, the band's stock seems to have fallen slightly over here, seemingly largely on grounds that the British interpretation of the American class system would have it that Ezra and co are only one step removed from plantation owners. I mean, srsly, how do you even tell a posh American? Anyway, Vampire Weekend - that band who write better indie-pop songs than those other bands, yeah? New single 'Cousins' doesn't even need a chorus to prove that; second album Contra should offer a blazing ray of welcome January sun.

Fully of weird, doomy strings and again, absolutely MASSIVE sounding (the astonishing, Dilla-ish drums keep making me look behind myself in alarm), DiS spent a while fiddling with the online stream thinking instrumental opener 'Time Xone' and the start of 'We Want War' were the Final Fantasy record playing by mistake. Then 'We Want War' starts sounding like a rubbery apocalypse. For eight minutes. There are electronic choirs. There is the sound of a sword being drawn. It sounds a bit like Dreaming-era Kate Bush crossed with a fascist rally. In, um, a non racist way. Immense, a British indie band with some actual, honest to god balls.

A more diligent approach might have been to try finding out a bit more about There Is Love In You than the info supplied by the rather terse press release announcing Kieran Hebden's latest set. We were too busy listen to the nine walloping minutes of lead single 'Love Cry', an ambient tingle that casually wends its way into a state of electro-house astonishment without really appearing to do so.

Stephen Merritt is back, back, back with flugelhorn bedecked acoustic record Realism. A belated attempt to jump on the baroque pop band wagon? No, silly, it was conceived at the same time as last year's noisy Distortion, a yin to its yan. Some would argue that that hopefully means a 'good' to its 'slightly disappointing', but IT'S A MAGNETIC FIELDS RECORD, SILLIES, LET'S GET EXCITED.

Midlake - The Courage of Others - Feb 1

They helped make soft-rock awesome again with 2006's The Trials of Von Occupanther - and 'a slower, darker and more carved record, both eerier and dreamier' is promised for the follow up. Could fall a little flat - did the last Hold Steady album realy do as well as expected? - could be a stomping crossover success. Not long to find out.

Records we're pretty certain are in the offing SOON.

Steve and Laura-Mary have been off the road for a few well earned months of down time. Though by 'off', we mean 'locked in a studio making a much heavier record than their debut'. DiS has had a quick listen and some a few tracks live at a tiny comeback gig t'other night and we can simply say: be excited! It's harder, in much the same way No Age progressed to Nouns but more brutal-in-a-Sonic-Youth-kinda- way. They let slip this new track from the record this week:

We basically know dick all about this, bar the fact that it's James Mercer and Danger Mouse working together, and the resultant record - as opposed to the duo - is likely to be called Broken Bells. Given it's presumably putting a fourth Shins album back a goodly way, it had better be bloody good. Head over to brokenbells.com for a pretty but fundamentally useless site that'll hopefully be updated SOON.

A tour was rumoured! It turned out the rumours were false! They're apparently doing the score for probably awful Tron sequel Tron Legacy. IT HAD BEST BE GOOD YOU BRILLIANT ROBOT BASTARDS.

The saga of Deftones' most recent album is a long and somewhat tragic one, all tied up with seriously injured bassist Chi Cheng. They're apparently had an album called Eros in the bag for a while, but it's a different record - recorded without Cheng - that pencilled in for a release in the first quarter of next year. Our editor - and uber-'Tones fan - Sean Adams will be sure to bring you more info the second we have it.

Having surfed the crest of a hard-earned wave of hype, the daytime radio favourites have finally been able to stop touring and have begun work on the new album. It's tentatively due in May and Ed McFarlane told 6Music "We have about four tracks done already, which is really good because we only came off the road about a month ago, so we're really pleased with the way it's panning out. We're going to hopefully have all the songs finished by the end of the year, record in January and have the album ready for May time, and do some festivals around then....I don't think we’re trying to think about writing pop hits because I think as soon as you do that you’re missing the point a little bit and you'll end up writing really bad songs, so we're just writing whatever comes naturally." If there's anything even half as good as 'Paris' it'll be brilliant.

Our attempts to penetrate the Oxfordites' studio were studiously ignored, but they sounded enormous at ATP this year - we're expecting BIG THINGS.

A new record that sound a bit like the New Yorkers' first record has been confirmed by drummer Sam Fogarino.

In an interview with yon Pitchfork, the band's Bryce Dresner suggested that the next National record would be out 'some time between January and May', and at time of interview, many of the songs were being named after American Civil War battlefields. Sounds good to us. Not named after any such battlefield is the below 'Blood Buzz', a staple of the band's summer tour.

Animal Collective in 'prolific' shocker - Panda Bear has a new 'darker' solo record on the way (as reported t'other day), while our chums The Quietus recently chatted to the man himself, who confirmed the parent band's long-mooted 'visual album' is probably out next year too. For an explanation head over here

As we told you a while back Sheffield's not-really-THAT-young-anymore spazzniks Rolo Tomassi recently buggered off to LA to record the follow up to last year's Hysterics under the supervision of none other than Diplo. Speculating on the results is as fun as it is pointless - baille-noise, anyone? - but with the band having just announced a short January tour, it sounds like we'll be able to find out pretty darn soon.

There are the records that by all rights should come out next year, but, um, well frankly we don't really have a clue

The man has basically turned teasing into an art form: 2009 has featured the release of recorded-two-years-ago classical record The BQE; Run Rabbit Run - a string remake of Enjoy Your Rabbit -; a high profile slot at ATP New York in which he revisited his Seven Swans album; but no NEW release, just a big mither about zany concept albums not being fun in the download age. Which would be FINE except he clearly has loads of amazing songs in the can - witness the outstanding electro-Biblical meltdown 'You Are The Blood' (from the Dark Was The Night comp) and the sundry new tracks broken out on his recent US tour. C'moooooon Sufjan, we actually don't give a shit if it's not about a state, okay?

It'll probably turn out that Untrue was just a clever conceptual hoax designed to prove some sort of abstract point, and that it never actually existed at all. Either that or Will 'if that's even his real bloody name' Bevan is a wee bit due a new record. DiS still isn't entirely clear what the deal was with his infamously drawn out DJ Kicks (and probably non-existent) record, but, um, yeah, c'mon lad. That said, the poor guy is probably going to have to join the BNP if wants the new release to avoid being overshadowed by the doubtless thunderous pitch of broadsheet fellatio.

Conor Oberst told Rolling Stone that an 'official' last Bright Eyes album will be due in the second half of 2010. Not sure what to make of this - if it turns out to be loads better than the Mystic Valley band wouldn't that just be REALLY ANNOYING?

Erm, yeah. Not a lot to say here. There are rumours of new records. We would like these rumours to be true, thx

Not REALLY in doubt, is it?