From A Basement On The Hill 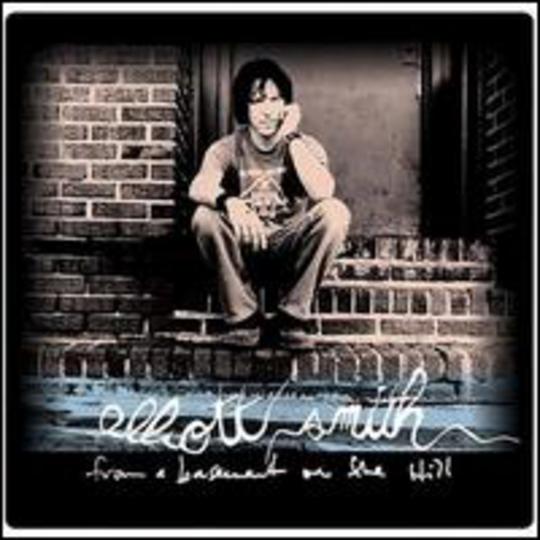 This story starts at the end. We begin with broadsheet obituaries and stained record sleeves, candlelit vigils set to the tune of a trembling voice that’s passed away. We start with people who saw in his words a side of themselves, trawling through his songs searching for answers – “_what does this say about me? _”

Take yourself back 10 years. A boy sits on his bed, bound-up with unused love, lust, guilt and regret. He writes down what makes him happy. What drives him mad. Like the faint graze of a hand against his; some soft, whimpered “I love you”; like endless numbered days, watching the clock tick in someone else’s arms. He sets them to a melody, hums them into a microphone, crafts a career out of sad songs from the heart. Where it hurts.

Elliott Smith wrote love songs like apologies. Wrote drugs songs like sonnets. Wrote about himself like some dewy-eyed romantic constantly tortured with the trauma of real life. His songs were showered with such musical and lyrical nakedness that it was as if he’d cut himself open – exposed the frightened, vulnerable valve beneath his chest and given it a guitar to sing for itself. It made him one of the most special songwriters our young minds have known.

Had he not died, From A Basement On The Hill would simply have been Another Elliott Smith Record. Critics would have rambled about how, other than being stripped of the ornate pop production of his last album, these songs remain fashioned in the same way each album has, from Roman Candle through to Figure 8. But it’s not just Another Elliott Smith Record, it’s the Last Elliott Smith Record, and although those looking for some In Utero-style Last Testament are missing the point – these songs were sitting on CD-R’s months before his death – it does stand as a harrowingly sad reminder of what we’ve lost.

Not that it begins as an incredibly impressive one. The opening Coast to Coast is a grungey, guitar-heavy thrash which sees Smith toying with a kind of diet-psychedelia as an outlet to express his fragile, confused and fraught thoughts. Problem is, while it’s not a staggering failure, the melodies are too fragile, too subtle to be married to the brutish, guitar-driven dissonance on display here. It’s almost as if he’s playing the song in a completely different mood from when he wrote it. Then there’s the pretty, poignant but ultimately ineffective folksy plucking on Let’s Get Lost and the leaden, dirge-like funeral trudge of Don’t Go Down; a song so weighed-down with distortion that his voice is reduced to a passion-less huff. Given that these songs were written, performed, produced and recorded entirely on his own, you get the feeling he would’ve benefited from some outside help to fashion them into something more fully-formed. But when the record finally hits its stride, the results are lip-tremblingly beautiful. Sandwiched between these musical misfires is Pretty (Ugly Before) _; a twinkling, translucent pop song swathed in sepia-shaded warmth. Mining some of his best Lennon/McCartney melodies and backed by honey-glazed harmonies and waltzing piano lines, its lyrics suggest stumbling out of some personal darkness with only slightest of reassurances (I feel pretty, pretty enough for you/I felt so ugly before, I didn't know what to do_).

Of all the more musically challenging pieces on the album, King’s Crossing – placed as the centrepiece of the record – is by far the most arresting. Emerging from a minute-long lull of ethereal, echoed voices and out-of-tune piano, his words mix surreal imagery with stingingly-direct prophesies of his fate (I can’t prepare for death anymore than I already have). By the time a triumphant chorus of crashing cymbals, synths and harmonies arrives, coupled with the lines “_I don’t care if I fuck up/I’m going on a date with a rich white lady/ain’t life great? _” you’ve given-up trying to second-guess the state of mind these songs were written in.

Which isn’t an easy thing to do, especially when Elliott returns to the inviting, almost-voyeuristic intimacy that’s epitomised his artistic life. Twilight is a stark-naked love song, built solely around slow acoustic strums, wafting keyboard lines and Smith’s shivering falsetto. Through its breath-baiting four minutes, he sings of a fellow tortured soul who shows him kindness but admits “I’m already somebody’s baby.” Speaking from experience of how “those drugs you got won’t make you feel better,” the song screams of someone who wants to save a stranger in order to help save himself, but then collapses into resignation: “_I’m tired of being down/I’ve got no fight… If I went with you, I’d disappoint you too/well, I’m already somebody’s baby. _” To call it devastating doesn’t even come close.

Elsewhere, we see more successful takes on Smith’s harder, guitar-driven direction as Shooting Star’s messy Harrison-imitating-Hendrix guitar-work gives way to a slowly descending minor-key melody; Memory Lane’s sparse and intricate plucking echoes the best of Either/Or, but is played with the confidence of Figure 8, and Last Hour sees Elliott raiding his Nick Drake songbook and singing through his tears of “the things I missed/situations I passed up for this.” As lost, confused, honest and quietly-comforting as ever, to deny that some of these songs stand among the best he ever wrote would be a great injustice.

This story starts at the end. In his life, we saw in Elliott Smith’s songs a side of ourselves; exposing the frightened, vulnerable valve beneath our chests and hearing it singing through our speakers. Ringing in our ears. In his death, we are not only confronted with questions of what this says about us, but also doubts in the power that music has to save our lives, to make us better. Frustratingly, these are questions that are too big for any record to answer alone, but it comes as some comfort to know that even right up to his death he was still struggling through, still writing songs, and still trying to figure a way out of the mental basement he’d locked himself in.

In the end, maybe we shouldn’t think of this record as a reminder of what we’ve lost, but of what’s been left behind. That makes From A Basement On The Hill the most fitting of testaments – a flawed, courageous, beautiful and intimately human portrait of the self. Simple, sweet, melodic songs about the heart. Where it hurts. And the hope that things will get better.