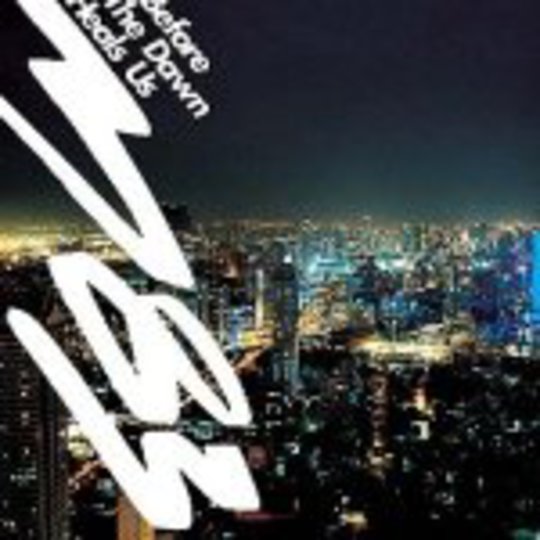 Of their second album, Dead Cities, Red Seas & Ghosts, M83's bio says that they "freed themselves of outside influences". If that's the case, French electronic wunderkind Anthony Gonzalez has dived back into the melting pot for this, their third adventure in interstellar soundscapes that evoke the silver screen as much as the many influences that pepper Before The Dawn Heals Us.

Their ambition is evident from the first seconds, unfolding with A Space Odyssey-reminiscent piano chimes and synths before blossoming into a harmonic chorus of Golden Age cinematic ooh-ing and aah-ing, as though Liz Taylor had just sauntered onscreen as Cleopatra, clad in a Hollywood glow. On paper it sounds profoundly pretentious and wholly unnecessary. Perhaps it is. It's awfully pretty though.

One can picture Gonzalez whizzing gleefully around the studio, leaping from computer to guitar to keyboards and back to computer again, throwing in sounds of every kind with fervour. It's not a chaotic record though; Gonzalez knows what he's doing, and paints a picture of visions vast and dauntless, twining his soft, near-feminine vocals around a spinning gyre of silken instrumentation, blessedly organic synths and, above all, arrow-sharp intent. Nothing on this record could be described as curtly as a 'song'. This is music in which the lyrics and sung melodies, complimentary as they are, are incidental, built over a solid foundation of tightly woven instrumental and electronic layers that by turn startle and lull.

M83 could have a nice line in writing soundtracks; in places Before... calls to mind Massive Attack collaborator and soundtrack bod Craig Armstrong, and the interludes throughout the record are nothing if not filmic, most literally the unsettling 'Car Chase Terror', dissolving a woman's terrified dialogue into a panicky race between pounding drums and searing atmospherics, while the thumping, swandive guitar squeal of 'A Guitar And A Heart' cries out for some visual drama to accompany it.

Their influences pop up with alarming frequency, e.g. the explosive, fuzzy influence and dual vocal harmonies of MBV and the Cocteau Twins colliding with Unkle's thoughful electronic sensibilities and the nectarine, bursting melancholia of Mew on the celestial 'Farewell/Goodbye'. It seems startling that in such a self-directed and single-minded record, so many influences bob visibly on the surface, but it doesn't detract from the impact or ingenuity of Before The Dawn Heals Us. For all its reference points, it's a remarkable and original record.

M83 are in their early twenties, yet Before The Dawn Heals Us is a work of tremendous maturity and scope. The fact that it's M83's third, and shows no sign of the spring of ideas running dry, gives us some indication of the talent we're dealing with here. Arresting in its beauty, dazzling in its diversity and fearless in its creative ambition, this record deserves to be cherished.