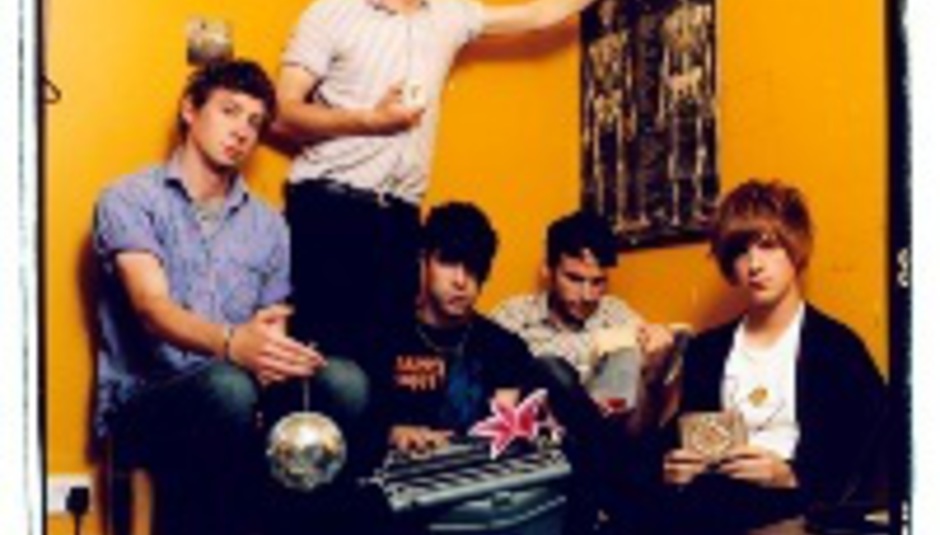 Foals, right: they’ve been on your telly, in your radio, inside o’ yaw brain and quite possibly in bed with your sister… maybe… if you have one… and she goes out with one of the five men who make up Foals. Circular! Nice, nice.

The second of our Artist Mixtape features finds the Oxfordshire-spawned-ish five-piece compiling a cool ten-tracker for your click ‘n’ search pleasure. Clues are laid, rewards disguised: to make this easy would be no fun at all!

From tracklisting find MySpace; from MySpace find information; from their, something about an oyster. Don’t post illegal links, or something. Fully loaded and utterly within the realms of The Law. Band's own MySpace <-- there.

Cut Off Your Hands - ‘You And I’ (listen at MySpace)

Skeletons & The Kings Of All Cities - ‘Don't Worry’ (listen on MySpace)

And says the band ‘emselves, currently prepping for the release of their debut album early next year…

_We are currently sitting in borrowed homes trawling through borrowed iTunes lists trying to find something interesting to listen to. Any suggestions? No, me neither. The new Radiohead album is alright, isn't it? Yeah, and that Burial one. Yeah, we read DrownedinSound.com occasionally.

Our new single_ ‘Balloons’_, all about the gaseous inflations and deflations of modern life, is released TODAY (review). It comes with an extended Four Tet version that will please (or probably won't please, let's be honest) the prog kids. It pleased us. It was like drilling a hole into our pus-filled craniums and letting it all slop slowly out, like when you puncture a carton of pineapple juice and turn it upside down. Only Kieran was there to mop it all up.

We're playing some shows with Bloc Party. They're going to be alright. And then we're having a month off and chilling the fuck out. Good times._