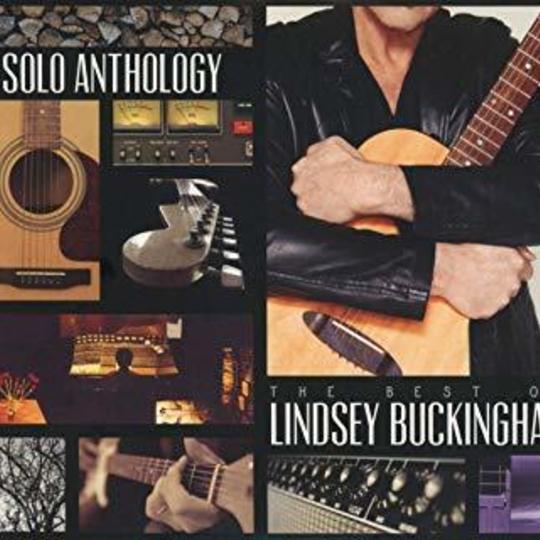 Never more so than now has the label of ‘reluctant solo artist’ applied to Lindsey Buckingham.

Ever since he found his way in to Fleetwood Mac, off the back of his collaborative LP with Stevie Nicks in 1976, he's worn the look of a man who knew he'd landed his dream job and was in no mood to give it up easily.

Rumours, despite the extracurricular turbulence, came together collaboratively. Thereafter, Buckingham, whether he wanted to or not, had to step into the role of musical director. Tusk was an album of considerable stylistic diversity and yet, it worked, even if the critical reception at the time suggested otherwise; he kept everybody happy, meaning that the album was able to swing from Nicks' balladry on 'Storms' to the weird proto-pop of 'Save Me a Place' and 'That's All for Everyone', with Buckingham suddenly taking his own cues from Talking Heads and The Beach Boys.

By the end of the Eighties, he'd had enough; the painstaking process of keeping the group together during Tango in the Night's tumultuous gestation period led him to leave. He'd turned out a masterpiece under considerable strain. It took two people to replace him.

Sound familiar? Here we are again, with Buckingham once again out, and with another duo stepping into a shoe each - Neil Finn on vocals, and Mike Campbell on guitar. This time, though, it wasn't his decision - Mick Fleetwood salvaged the last vestiges of his old-fashioned English politeness when he rejected the word 'fired' in a recent interview - ‘words like [that] are ugly references as far as I'm concerned’ - but the truth is that Buckingham was booted for wanting to put back the money-spinning megatour in order to play some solo gigs first.

It's worthy pointing out that he's been trying to bring a new Mac album to fruition for years; there are, apparently, stacks of tunes ready to be cut, if only Nicks would play ball. When Christine McVie emerged from exile to rejoin the fold in 2014, Buckingham swiftly snapped back into songwriting mode; the compositions that made up last year's throughly decent Lindsey Buckingham/Christine McVie were surely destined for band status. His patience, you sense, was running out quick.

The logical conclusion is that that's what led him to put out this Solo Anthology now, even if it'd been in the works before the Mac served him his notice; he's out on the road extensively in the U.S. this autumn, and 'Never Going Back Again' has surely never sounded so pointed. It's funny how this collection should feel definitive, and it is in its inclusion of all of Buckingham's most crucial extra-Mac endeavours, but truthfully it still somehow feels like an assembly of odds-and-ends; you can tell this work is what he got to up to when he became frustrated with his band's inertia, fuelled by drugs in their heyday and now, by money.

'Go Insane' and 'Rock Away Blind' both sound, in terms of their instrumental style and production, as if they might have been Tango in the Night offcuts. 'Holiday Road' is a handsome exercise in melancholy, whilst 'Trouble' and 'Show You How' take on the fragility of relationships in a manner that should be corny; Buckingham somehow stays the right side of it.

Most crucial are the moments when he demonstrates to his former colleagues what they're missing when it comes to his six-string calling card, his finger-picking style that's fiendishly difficult to replicate or replace in the present pick-driven climate. He plays the lies of 'Not Too Late' and 'Time Bomb Town' with verve and urgency because he devised the guitar parts to sound that way - it's not a live affectation.

Solo Anthology, spanning as it does three CDs, is not without stodge; Buckingham falls victim to sentiment and cheese from time to time, as 'Stars Are Crazy' or the wildly overwrought 'Treason' will confirm. That said, what runs through this set - collectors-only live tracks included - is a sparkling demonstration of Buckingham's keen ear for melody, his impressive work ethic and - most importantly - his romantic heart. None of this is his best work, because he saved that for the Mac, and yet it's still frequently superb. They might have sacker's remorse by the time they play Wembley next June.