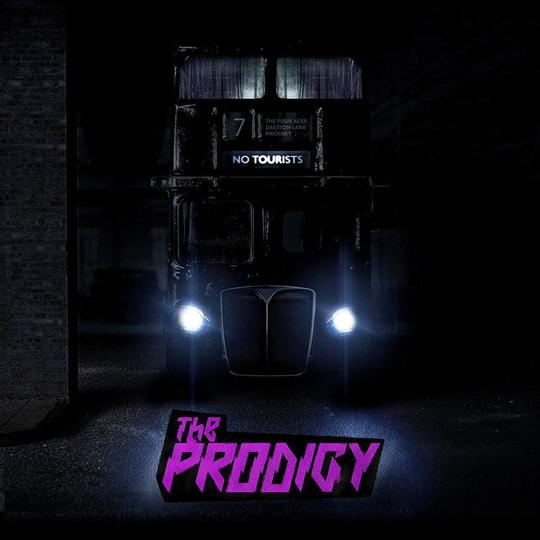 The patience lasts as far as ‘Champions of London’ (aren’t The Prodigy from Essex?); right up until Liam Howlett rips off the riff from ‘Voodoo People’ (itself, of course, a mangled sample of Nirvana’s ‘Very Ape’) and lets it carry the entire song, as if smugly deeming it worthy of sole attention. ‘Jesus CHRIST’, you exclaim, unable to comprehend this groundbreaking lack of self-awareness. The fraying of said patience begun as far back as second track ‘Light Up The Sky’, which managed to mimic the breakdown of both ‘Breathe’ and ‘Poison’. You tried to qualify it to yourself, but one thing continued to gnaw: even if the entirety of your Prodigy knowledge is a snapshot centred around The Fat of the Land, there’s a live version of ‘Poison’ actually ON the ‘Breathe’ single. You’ve literally heard it before.

Again with the attempt at qualification: maybe after the mauling of 2004’s Always Outnumbered, Never Outgunned (which is actually pretty great), Howlett retreated back to his safe space, that Venn diagram where Music For The Jilted Generation and The Fat of the Land intersect. From a commercial standpoint, if he wished The Prodigy to remain a viable commodity, that makes perfect sense. If this beginning to sound cynical and calculated, good – that means you’re still alive. Unavoidable internal conclusion: The Prodigy are now electronic music’s Oasis – too afraid to experiment, and too in love with past glories to ever evolve.

The whole of No Tourists unfolds like a band on a monstrous reunion union tour who can’t quite remember how to play their greatest hits. Where they were once vital, dangerous even, each offering now only musters an anaemic reminder of what once was, immediately diminished by the memory of its younger self. The lyrics to ‘Boom Boom Tap’ are ”boom boom tap / boo-boom tap / tick tick bang / ta-tick bang /ba-bang bang / fuck you.” The mix is so obnoxious, everything pushed into the red and then mastered by David Stockdale, Chief Executive of the British Tinnitus Association.

It started off fairly promising, too: ‘Need Some1’ is a strong update of The Prodigy’s early freakshow-rave schtick, never outstaying its welcome. You may have been let down by ‘Light Up The Sky’, by ‘No Tourists’ barked in your ear until you let it in, lured by its use of actual subtlety and a sledgehammer beat approaching ‘Diesel Power’. The back half of the record laughed at your naiveté, gathering its denizens for a final purge of your patience. ‘Timebomb Zone’s ugly rave onslaught strikes first – you feel the stretch of a wince appear. ‘Champions of London’ and ‘Boom Boom Tap’ follow up with a one-two punch; you never saw it coming. Maybe ‘Give Me A Signal’ would be a late highlight, and it is, unless you’ve heard ‘Higher State Of Consciousness’ more than once, or ‘Poison’, for that matter. You never stood a chance. The only reasons to recommend this record over its predecessor is that it’s shorter and doesn’t have Sleaford Mods on it.