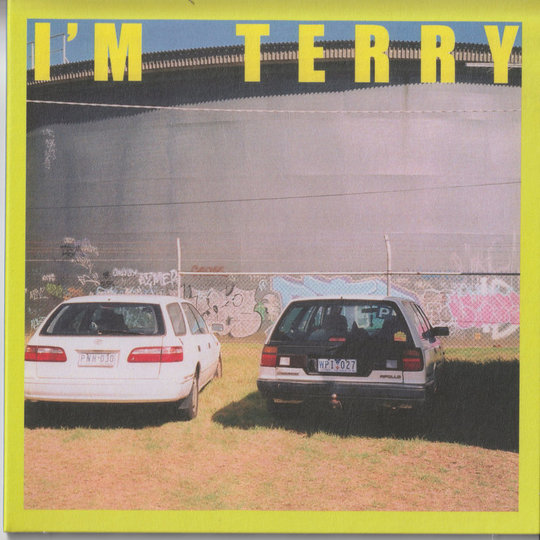 Sigh. I had a clever concept for this review. Any album from a band named Terry merits a study in the character of a certain everyman: a city dweller, a passive narrator, not the leading man/woman/otherwise but someone who was there on the scene and now must answer impossible inquiries from the cops and the press. However, such a tale wouldn’t quite capture the endearing quirks of Melbourne’s most curious observers. Three albums in, and the four folks who identify as Terry continue to defy simple categories, even when their zigzag pop songs take you for a leisurely cruise. Serious indie musos will find them too twee; twee kids will pine for romance among the wiry riffs and casual motorik grooves; krautrock fans will think they’ve walked into the wrong room entirely. But expect nothing, and you’ll soon find that the complex profile dubbed I’m Terry portrays the band’s most baffling and charming protagonist yet.
,/br>

As on their last two outings, these sneaky tricksters don’t bewilder with noise or volume. Indeed, the character ‘Terry’ reads like the bewildered one, stuck as they often are between a Television Personalities-like state of harmony and lopsided angles. Chimes abound in uncanny nooks, like a nursery mobile hung above a roundtable discussion; violins pop in to add both ruddy mirth (‘Oh Helen’) and a somber Velvet finish (‘Ciao Goodbye’).

But that apparent naivety stems from a long absence from enlightenment, the muddled intellect of a former analogous-cave-dweller or academia survivor. Or not muddled, per say. You can read ‘Carpe Diem’ like a funny monologue of misplaced adages, but really what you’re hearing is the resigned slide into the prosaic: “ad nauseum to my coffee / ç’est la vie, don’t I know it.” In this way, I’m Terry doesn’t ask us to remember who we were, but to grapple with what we remember now – that could be what Terry’s thinking when toy box interludes either echo or preclude other songs on the album.

To make affairs more baffling, the band known as Terry then challenges our rusty wit with riddles that sheath sensation in the mundane. On its own, ‘Crimes’ sounds simply like a good ol’ lazy afternoon with Blank Realm, as the meandering bass cozies up with a big sing-a-long chorus. But listen hard, and you realize that the dream-like narrative stars a tyrannical authority figure: “rip up their writs, rip up their rights / write down their kind, write down their crime.” The rollicking bop of ‘Fortress’ lists several sketches of self-imposed ignorance, which our protagonist then waves their fist at like Daffy Duck (I mean, I laugh every time I hear the phrase “what an ingrate!”). And who knows exactly what ‘The Whip’ signifies at all, but there’s something downright diabolical about spinning a Deerhoof-like romp around a tool for disciplinarians and oppressors.

What does it all mean? Well, now, that’s what academia would ask, eh. But we’re talking about Terry, remember, who’s learning to revel in the grey area between not knowing, and not caring to not know. The one-minute joyride of ‘For the Field’ rips through non-sequiturs linked only by alliteration, screeching past logic altogether like Wire in their nascent punk phase (how do you twist a tryst, anyway?). But don’t call that rebellion – Terry just doesn’t have any other path to turn to. “Mum says the same goes for Boston and Sydney,” they muse in the car during ‘Bureau’. “Places she has stood in line, places she has driven free.”

What? Is that determinism AND fate, wrapped into one fading nugget of wisdom from the past? If you’re prepared to say ‘yes’, and accept that everyday life might pose even more research questions than the interpersonal stuff of pop music, then – well, maybe you’re Terry, too.