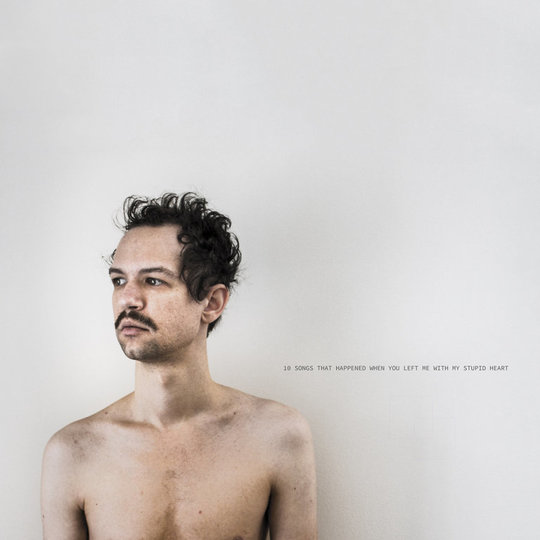 I fell out of love with Darwin Deez approximately five years ago, shortly after the release of the band’s second album Songs for Imaginative People, which fell flat following their incredible debut. Having shrunk too far into their own existential, unrelatable bubble, I was intrigued to see if the New York-based group would be able to get back to the standard that brought them success for their fourth LP, 10 Songs That Happened When You Left Me With My Stupid Heart.

The good news is that this album is a true return to form, bringing back the music which successfully mastered the fine line between playfulness and seriousness, fuelled by frontman Darwin Smith’s acerbically witty lyrics. Opening on intriguingly-titled ‘The World’s Best Kisser’, the quality is made clear fairly early. The almost poetical intro section describes a girl who “wears a lot of black and isn’t very trusting”, while Smith doesn’t miss an opportunity to juxtapose modernity and childishness, dropping in that she “writes me lines of code without a mouse, while I make angels in the snow outside her house”. Delving into everyday objects and repurposing them is the band’s speciality, but they do it here with greater prowess, effortlessly combining casual detachment with impatience, as the chorus asks “Girl what turns you on? Say before your lips become predictable”.

‘Say It First’ embodies the chirpiness outlined with melancholy which defined the band’s debut album, and the result is undeniably catchy. Most of the tracks are imbued with a fast pace, danceable element which is hard to come across within the indie rock genre. ‘Getaway’ is a particularly enjoyable example of this.

There are weaker points of the record, where it sounds like the lyrics become too try-hard. One example is the first verse of ‘Too Shy To Take A Shine’, which sounds like something dreamed up while drinking kombucha in East Village, but it picks up from its vague drifting into a stronger chorus, becoming one of the more endearing songs on the album.

Despite my reservations about the last couple of records, you can never fault the band on their boldness and fearless experimentation, and there are songs on this album which are no exception, such as ‘All My Friends’. I really enjoyed the electronic fusion elements of this thought-provoking track. ‘Someone New’ is also a spectacularly-described exposition of conflicting feelings in the aftermath of a breakup. ‘Anna-Maria’ is another example of unrestricted exploration, a foray into heavier overtones, resulting in a song which is a little grungier than the rest of the album, contributing through its own uniqueness.

10 Songs That Happened When You Left Me With My Stupid Heart is a real comeback record. Lyrically, the album dances delicately around the line between intelligent satire and quirky humour, creating a more pleasing balance than in their recent releases. It’s not just that Darwin Deez have recreated their first record, but made a more mature work, building on the intellectual learnings from the music they created in between.