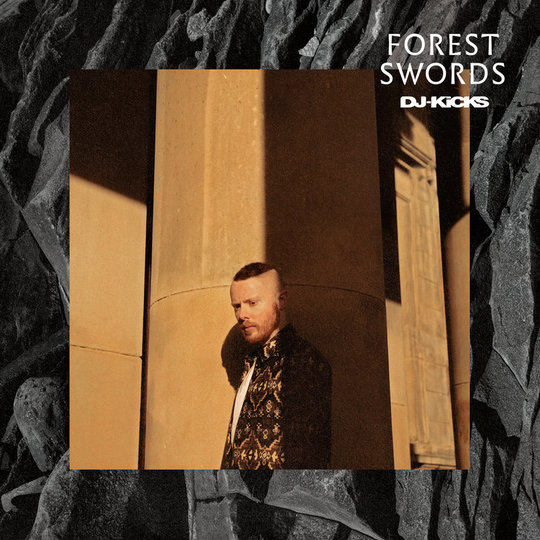 DJ-Kicks may have been originally set up as a celebration of club music but in the 20-plus years since CJ Bolland opened the series with an hour of relentless techno, it has morphed into a more diverse platform. Despite this, Forest Swords (aka Matthew Barnes) still seems like a potentially incongruous addition to the series. He is not a club -heavyweight – although his music is well-loved by many DJs – and his own music is not designed for dancing. He makes the sort of music that can be baffling on first listen but soon becomes addictive, by pulling ideas from dub, post-rock, hip-hop, and traditional Chinese music. The way he stitches together these influences has created a sound that is distinctive and almost indescribable. Forest Swords only ever sounds like Forest Swords, so how could he show that personality with a mix of other artists’ songs?

The answer is an hour-long mix that doesn’t serve as a straightforward DJ mix but acts as a ‘personal mixtape’ in Barnes’ words, inspired by the free-wheeling radio shows of John Peel and the DIY club culture that shaped his tastes. It also provides an insight into how Barnes’ mind pulls together disparate influences and how he finds connections between different genres. The music of Forest Swords can often be confounding but after listening to this mix, it feels a bit more intelligible.

As if to warn you that this will not be a traditional mix, the album opens with an unsettling ambient piece that transitions into a rough recording of a group singing in Liverpool’s Chinatown. The first half of the mix continues in a similar fashion, jumping between styles intuitively. Slinking dub tunes follow echoey Arthur Russell-esque string pieces, and are then followed by thunderous drums and distorted synths. If the links seem unclear on paper, they make much more sense in practice. After a section of more traditional club music in the second half, Barnes takes one last left-turn in the final minutes, finishing the mix with a selection of choral music and a delicate acoustic ballad by Vashti Bunyan.

These changes of pace could easily be jarring but Barnes gently blends these tracks together with great care. It also helps that these tracks all share an exceptionally high quality. Whether he’s playing techno or traditional choral music, Barnes’ selections are smart and original. The album’s immediate stand-out is Anna Domino’s ‘With the Day Comes the Dawn’, a seductive downbeat mix of reggae and post-punk. Other highlights include a new Forest Swords tune ‘Crow’ and The Orb’s ‘The Box (Part 1)’, which brings the mix’s club section to a thrilling climax. However, these songs work so well in sequence that the mix is best listened to blindly with no knowledge of what’s coming next.

For anyone who’s ever wondered how Forest Swords makes his music, this mix is essential listening as an insight into Barnes’ mind. But for any listener who is open-minded, DJ-Kicks still has a lot to offer. Its variety may be a little disorientating at first, but it gives this album an unusual quality. It’s one of those rare mix albums that is actually worth returning to.