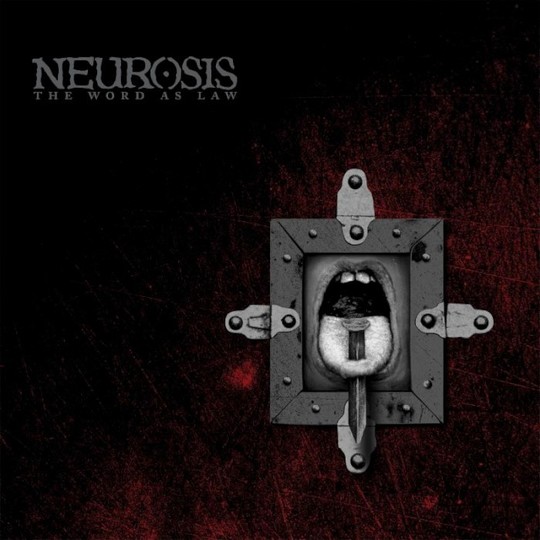 The common perception of Neurosis' career is of a band that stumbled gradually across the sound that has since become their trademark. This is perfectly reasonable. After all, Neurosis are one of the few bands around who could lay claim to having invented a whole new sub-genre, post-metal; although one suspects the Californian legends are not overly keen to take the blame for the many exceptionally dull bands currently active in that field. Listening back, and thinking about what else was being released around a similar time, it would have been downright extraordinary if the cataclysmic heaviness of Enemy of the Sun (1993) or Through Silver in Blood (1996) had been the first the world heard of Neurosis. Yes, the likes of Earth, Eyehategod, Melvins, and Sleep were all reinventing the meaning of 'heavy metal' (or at least its slower forms) in the early Nineties, but none of these acts quite achieved the balance between aggression and pure sonic mass that Neurosis did on those two albums.

The unique combination of attributes that Neurosis brought together on their classic Nineties records stemmed from the band’s roots. Formed in in 1985 by the trio of Dave Edwardson, Scott Kelly, and Jason Roeder, Neurosis were originally a hardcore band, wearing the crust and d-beat influences of Amebix and Discharge on their sleeve. The band’s debut LP Pain of Mind (1988) carried several turn-of-the-decade punk hallmarks that one would never even dream of associating with Neurosis today. There was a noticeable crossover thrash feel, the songs were all under three-and-a-half minutes, the band logo was in a spiky font, and each band member was even credited with a nickname in the liner notes (if you’re reading Scott, I really want to know how you came to be known as 'Sleepy Chico Bournemouth' in the late Eighties).

Two years later, things had started to change. Steve Von Till had joined the band (replacing Chad 'Gator Tofu' Salter as co-guitarist/vocalist with Kelly), as had Simon McIlroy (who was the original occupier of the keys/samples spot since taken up by Noah Landis). Given all this, it’s tempting to see 1990’s freshly reissued and remastered The Word as Law as the first proper Neurosis record. Fondly though Pain of Mind is regarded by sections of the band’s fanbase, it lacked even the slightest hint of the terrain Neurosis would later travel. The Word as Law, in contrast, features several nods to the band’s future sound. The song structures are more complex, and four of the eight tracks are over five minutes long. The sound, as a whole, is weightier, less brittle than the exuberant guitar thunder of its predecessor.

The Word as Law remains chiefly a hardcore record nonetheless. Despite the excellent remaster job, this is a relatively lo-fi affair, one that certainly lacks the mastery of production dynamics found in the band’s recordings with Steve Albini. For the most part, however, this suits the material collected here. The busy rhythm section work of Edwardson and Roeder is what really stands out on first listen, providing the glue that holds things together, especially on some of the longer tracks, which occasionally wander dangerous close to being disconnected and directionless. The guitar work itself emerges as the real highlight though. Opening pair ‘Double-Edged Sword’ and ‘The Choice’, in particular, are home to barnstorming riffs.

The biggest hints at the future are found in the occasional flashes of experimentation with softer sound palates. ‘To What End?’ – in particular – is an impressive forerunner of some of the band’s later work, using acoustic guitar and piano to flesh out the song’s mid-section. Even if Neurosis had never progressed to Souls at Zero (1992) and beyond, colossal closing track ‘Blisters’ would – one hopes – have lived on. An early Neurosis classic, it sums up all The Word as Law’s strengths over its seven minutes. A sense of expansiveness, provided chiefly by the wonderful acoustic/electric guitar combo in the early sections, builds and builds until to a climax, replete with guitar solo and – most importantly – the sense that this is the sound of a band on the verge of discovering something very important about themselves.

Like the record as a whole, it lacks the urgent sense of brutality prioritised by many of the band’s contemporaries. It also never comes close to having the overwhelming atmospheric heft of Neurosis’ later material. Fortunately, The Word as Law’s strengths lie in this direction. It’s an album of purpose, featuring Neurosis beefing up their early crust punk sound to the point of overload. The clues to the band’s future can be found here, but more importantly it’s the group reaching – on only their second album – the apex of an admittedly less singular, but nevertheless potent, style. In other words, whilst The Word as Law will, unavoidably, be listened to on reissue precisely because it’s an early Neurosis record, it more than deserves attention in its own right.