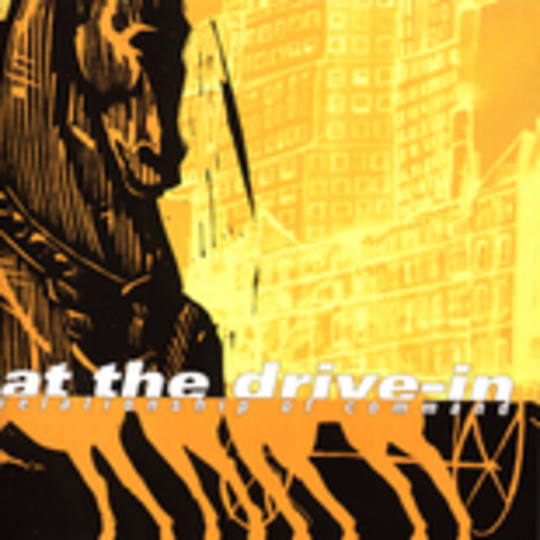 Whilst I was at the Reading festival this year, I couldn’t help but notice the buzz behind some of the bands on the bill. Limp Bizkit featured highly of course, along with Slipknot and all the other nu-metal bands of the moment. People had been prepping themselves for weeks about checking out exactly what the pig would do with the clown guy, or if Fred would incite another full scale riot at three o’clock in the afternoon. The crowds knew what to expect though. The advertisers had already done their job for these rockers.

The promo behind At the drive-in however, arrived late. After two albums already under their belt and a list of shows around America as long as your arm, the Texas posse had failed to gain major recognition, until this summer. As soon as one music journal focuses attention in one particular direction, the others tend to follow suit, and this was the case for ATDI, who to be fair deserved the attention it brought to them. It wasn’t just journalists who gave the band credit though. During both Idlewild and Get up Kids sets at the Reading festival, special mentions were given for ATDI. It seems when good news comes, it spreads quickly!

I arrived at the smallest of the Reading stages, ten minutes before ATDI were due to begin, and was amazed at just how many people were there! The crowds stretched for literally 50 metres outside of the Carling tent, people totally squeezed together, kids climbing onto shoulders for a better view of the only half visible stage. It’s a good thing ATDI are on a mission to cease crowd surfing, otherwise the totally overstretched tent’s security personnel may have had a complete riot on their hands. It always amazes me how so many people can be convinced of something, without actually ever testing it themselves. At least half the people in that audience would have never heard more than one ATDI song before in their lives, myself included. Probably the other half simply joined the crowd because the crowd was big – well if there’s that many people over there then the band must be good…right?!! Absolutely no one was disappointed. At the end of the set the assembly of new admirers barely ever dispersed. Many people actually tried to get closer to the stage, in a half attempt to see more of the band. If this doesn’t prove the status of ATDI, I don’t know what will.

The new album, Relationship of Command, is one of the most amazing collections of music I have ever heard. The layers of sound and effects build up into a dirge of noise, which backs the amazingly emotive and harmonious vocals and guitar melody used by ATDI. Impact is exactly what this band achieves, unexpectedly and sparingly throwing anthems and choruses into their music to awake everything inside of you that was once withered or asleep. Despite the sheer force of this music, its flow and rhythm remain un-compromised. This is partly due to the amazing strength and power of the band that manages to maintain a continuous musical lustre. It’s also down to the front line team of record makers assembled to create the Relationship of Command album. Ross

Robinson (Slipknot, Korn), Andy Wallace (Nevermind) both helped on the mixing and recording.

Imagination - it plays a big part in this record too. The lyrics, written about situations such as a cosmonaut trapped on a failing space station whilst being attacked by mysterious creatures with only a one armed scissor to help him are undeniably original and effective. The heart with which Cedric Bixler sings/shouts his vocals compel you to listen, without regret. Maybe its his fantastically large growth of Afro styled hair, half covering his face that allows Bixler to withdraw from the fear of public opinion and give everything he has, which in fact enables his voices to be both emphatic and harmonious.

It’s all down to the attitude in this Texan quintet. Without it the music on this record would be about 40percent what it is. They grew up in the bad part of town, where momma don’t want you to go, and the only thing which kept them going as youngsters was that they knew they had to escape their “home”. They learnt some instruments and leapt into a bus. Thank-god they did.