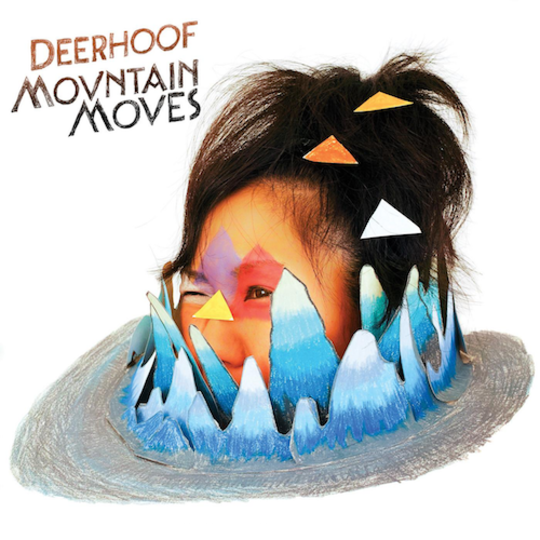 'Society is broken,' I first typed in my empty apartment. I stared at the sentence, glanced across at the sofa, stared down at the shadow bruise on my right hand. This won’t do, I thought. We are too often alone, and that is the crux itself – either alone, or clutching desperately to those that resemble us. And this is the year where we have to catch ourselves, turn around, walk out to the nearest coffee shop or library, and interact. Imagine! – I overheard two [white] young women (probably students) in one such public space, musing to each other over where to eat. And, rather than ask any of us clear regulars at the counter or in the back, they deferred only to their laptops. Is this not broken?

Deerhoof is life. One cannot dispute this. Years beyond my knowledge, noise beyond our comprehension, joy beyond any bounds – no one, perhaps not even Greg Saunier (visionary as he is, and still remains) could have foreseen the fantastic heights that one 'rock band' could climb in nearly two decades. Rock band? Nah, more like pyrotechnic specialists – between Ed Rodriguez and John Dieterich’s dual buzz generators, Saunier the perpetual motion machine on drums, and dynamo cheerleader Satomi Matsuzaki, Deerhoof wield propulsive powers that few other “rock bands” could match. Yet, while these guys alone could power three small towns with their irrepressible electricity, this year has sent them soul-searching – not for their own, but others, across nations and identities and genres. The result is the sort of lively roundtable discussion that happens scarcely these days among strangers, an exchange of positive brainwaves and incendiary bound to start fires in all the right parched places.

Even for four individuals well accustomed to dazzling change, Mountain Moves is a metamorphosis unlike any other. If last year’s The Magic was a spontaneous snap of fairy dust in the studio, Mountain Moves is a surround-sound incantation in a global arena. Even without their special guests, Deerhoof can jet from the Turkish psych swagger of 'Palace of the Governors', to a stately opera version of Violeta Parra’s 'Gracias a la Vida', to the bluesy barnburner of the Staple Singers cover “Freedom Highway”. And yet – perhaps because of Matsuzaki, who effervesces still with bright-eyed optimism – nothing sounds borrowed, hackneyed, or butchered. What never makes sense on paper always makes sense with Deerhoof.

But, now – yes! Of course Deerhoof rock brilliantly by themselves. Of course! What of the party, with the people? We find that, often, dissonant minds seem to harmonize astonishingly with our protagonists; mind, Juana Molina’s spectral presence on 'Slow Motion Detonation' sinks a bit under the mix, but she still swims well in the proggy swell. Awkwafina, aka Asian-American actor and rapper Nora Lum, drops only a minute’s worth of explosive bars before ducking out of “Your Dystopic Creation Doesn’t Fear You” – but Rodriguez lays down some pretty sick riffs on this one, so we can forgive Deerhoof for that. At least Jenn Wasner and Laetitia Sadier (notice a trend here?) soak in the spotlights they deserve - like, god damn god damn god damn, why didn’t this album open with “I Will Spite Survive”, and the former’s heart-wrenching duet with Matsuzaki? Oooof, such theatrics, such riffs, such throb-throb revolution. And as for the latter – well, Stereolab fans already know Sadier’s capacity to float like a celestial body over undeniable grooves, but on “Come Down Here And Say That” (great titles, right?!) the gang draw the divinity into a mirror ball showdown, replete with fever-curing cowbell. And yes, it’s great.

Alas – no matter where or with who Deerhoof ascend, the real triumph of Mountain Moves lies in its sheer existence. Not once do the band falter from their mission statement – coded throughout the album are cheers of courage, fighting words for warriors that can’t fight, unrelenting hope for Americans in despair. No one’s ever named, no details come into relief – but we all know, don’t we? “You could outlive your executioners, Deerhoof insist to their listeners; to Trump, they swear, “You won’t live in this house forever. And all this echoes louder than ever, after the cruel repeal of DACA that could boot about 800,000 young adults out of the country. The fact that these messages fly in multiple colors reinforces the revolution of love at work – we haven’t even mentioned the fabulous session with Afro-Latin R&B goddess Xenia Rubinos, or the outrageous sax solos from Native American composer Matana Roberts.

'Society is broken,' I typed several days ago. Not long after, I let a stranger on the street guide me through downtown Atlanta. Revolution doesn’t and shouldn’t always manifest as swarms of picket signs bearing barbed slogans against the government – rather, resisting fear begins with simple acts of trust. Turn, go out in the world, meet people that look different than you. That’s how we fix a culture addled and stratified by our smartphones; that’s how we reject authoritarian fear mongering – and, as demonstrated by Deerhoof, that’s how you concoct a brilliant and riveting album.