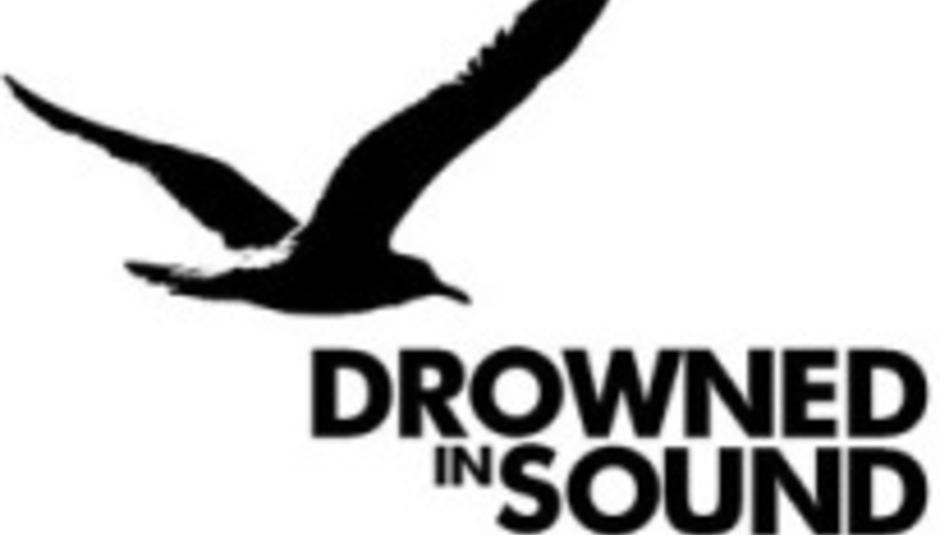 Possibly, you may be aware of Drowned In Sound Recordings, given that it’s the sister operation of this beloved website you read, adore and occasionally spam.

Founded by Sean Adams three years into the website’s existence, the nascent label released a pair of singles by south London indieists, The Koreans, before establishing itself with singles by Kaiser Chiefs, Blood Red Shoes and Les Incompetents, and albums by Martha Wainwright, Metric and Jeniferever, to name but a few.

As we kick off our regular series of label features, it would seem remiss to not highlight the one that exists above our very heads (the room upstairs, innit).

For those who’ve met Sean Adams, you’ll know that he hasn’t changed that much in the last few years. In fact, the only real physical variation is the ever-changing roster of band t-shirts adorning him. Today it’s a deep chocolate (and evidently adored) Sigur Rós one. Very much labelling oneself with love. The job, however, has changed.

Starting in a box-room in southeast London (scaggy Lewisham), the scenery is different now. DiS towers, aka the ‘DiSopolis’, is a bright, nu-media-esque two-floor office in central London covered in press releases, CDs, promo stock, posters and a picture of someone from My Chemical Romance with a tacked-on speech bubble proclaiming “I’m a virgin. But nobody knows”. (It doesn’t say that anymore, actually – office speech bubble grunt.) Actually it’s a lot like Sean’s bedroom, only with a nice coffee machine.

According to Adams, the label was never part of a grand scheme for world-domination: "I never started out wanting to run a label. I was always just an over-opinionated music fan, but then I started finding bands and seeing their careers careen out of control. It drove me crazy thinking how I could do a better job. So, I put my hands and mouth to work and offered to put out some singles for The Koreans.” However, it’s fairly clear that the label comes out of the same passion that got Sean starting to write about and champion music. It’s an obvious progression.

Artist two and release three was the near-infamous Kaiser Chiefs single, ‘Oh My God’. It proved to be a turning point for Sean’s perception of his label.

“‘Oh My God ’ got NME’s Single of The Week, went onto the MTV2 playlist and it was played by Jonathon Ross, all in the same week”, he lists animatedly. "That was when I realised it was ‘big boy shit’, as they say in the playground."

The first DiS Records album released was by Rotherham’s thisGIRL (Uno), followed by Redjetson’s New General Catalogue. Then came the label’s ‘breakthrough’ album release: the debut LP by Martha Wainwright in 2005. Since then, the label has grown into an established proposition with Metric coming through and, this year, solo LPs forthcoming from Metric’s Emily Haines and former Suede man Brett Anderson.

So why choose these artists, Sean? What’s the criteria and most importantly, what do you love about them?

"It's different for nearly everyone one of them. With Martha it's that voice, combined with the way in which she's such a strong female role model, which is kinda the same with Emily Haines from Metric. But then she (Haines) has this potent social conscious which slips into peoples minds whilst they're swirling. Jeniferever are one of the most beautiful bands I've ever heard – they take me so far away from the mundane crap of modern life. It's real journey music, designed to soundtrack sunsets and star fields and all those kinda things."_

During the last few years, Sean has shaped the label to his likeness, happily admitting "I'm a complete magpie", cribbing ideas from left right and centre. "My affection for labels started when I was working in a record shop and I'd order all the indie records, getting ones and twos from labels like Fierce Panda (read the second label profile, here) and Sub Pop. Then I started a fanzine and was talking directly to all these labels and finding out about what they did, how they were finding bands, et cetera. I think for me I was inspired by stories about Dischord and Factory and the way they worked, in a 'for the music' way, with a real desire to change the music world. But then reading the Walter Yetnikoff book about his time with Jacko, Springsteen, et cetera was amazingly inspirational in a different way.”

"When Dave Balfe from Food invited me out to the big-big house in the country," Adams replies quickly. _"He was a massive influence. He's an utterly fascinated and idealistic guy and all his tales of Teardrop Explodes, Zodiac Mindwarp and Blur were amazing. He's the kinda guy people write books about. When I grow up, that's the kinda thing, in some way, that I'm aiming for: to have the musical heritage and fascinating friends and some of that self-made, life-changing success built on all the right foundations.” _

That’s probably some way off though, as the day-to-day issues and longer-term headache still take prescience.

_"Financing the expansion of the company to the size it needs to be to deal with the workload is a big issue and, of course, as an indie we don’t have the freedom to sign everything I want. We can’t spend money regardless of the risk or clear business-craziness of it. Equally, we’re occasionally hamstrung by not having international distribution, meaning we can never sign the bands we want on worldwide deals, having already set them up over here and attracted all our competitors.

“But I don’t want to sound like a down-trodden money guy,"_ continues Sean, checking himself. "There are more reasons why I release music, political and personal reasons. I love how Martha mends peoples hearts…"

So, how does an independent record label survive and then prosper in this day and age?

"Mostly, don't just be the record label; the age of the profitable record industry and label is nearly over.” So how does the Drowned in Sound Recordings progress? "Well, beyond of the issues I’ve mentioned, I want the label to be seen as a provider of taste and inspiration, with us constantly releasing quality and groundbreaking music. DiS Records should be on the cusp of cool - in an intelligent way - and building an enviable legacy of music and innovative, forward-thinking brave new ideas for releasing and providing music. I'd hope in ten years to have offices across the globe, or to have at least not gone bust or lost track in what I believe in."

Enter Mark ‘Mitch’ Mitchell, who joined DiS Recordings this year as an independent advisor to the label. Previously working at Vital Distribution and Domino Records, he has more practical issues to deal with.

"The biggest challenge facing a modern record company is pure day-to-day financial survival. It's a sour irony that music of even the most niche style currently has a bigger listenership than ever before. There's certainly more outlets to hear new, inspiring and, in many cases, great new music than there's ever been. This all means that a band/artist can now find their audience quicker than could have been imagined even five years ago. But the downside to this is that the sales of music are declining, rapidly. “

Mitchell continues: "The appetite for new music is so huge that the quickest and least expensive method of fulfilling this hunger is file-sharing, copies, cheap Russian sites et cetera, none of which mean that the labels get paid. Adversely I think there are many positives about new music being available to so many so easily – I truly believe that many, many music-hungry devourers still want to own the 7"/LP/CD and use 'unlicensed' methods purely to check things out, but unfortunately not enough do eventually buy and when the average price of a CD album has dropped by 25 per cent in the past two years – remember that many labels work on single-figure margins – then all this is heading just one way for many labels."

It’s not surprising, then, that DiS Records has released a number of digital singles. "I've never really valued singles," opines Sean. "They're like some kinda democracy to vote for what the best track in the country is, and we all know the more people who get involved in something, the worse it gets. That's probably why I really like solo artists. Our digital singles form a bridge between the website’s content and the new acts it’s championing and the label giving money to bands I like for the right to release their records." More news on the digital singles to come in 2007 will follow on the DrownedinSound.com website soon.

"Not owning more than one copy of the Kaiser Chiefs single," Sean sighs, "and a whole bunch of other bands which you think about and think about and ultimately can’t or don’t do anything with – hindsight is a terrible thing. However, I honestly think signing Kaisers could've killed the website – I would've been so out of my depth."

And thoughts on any DiS readers wanting to start their own musical empire?

"Be prepared for all the glamour disappearing into a lot of thankless hard work. Be ready for most people you meet being more incompetent than in any other industry. Oh, and don't believe your own hype."