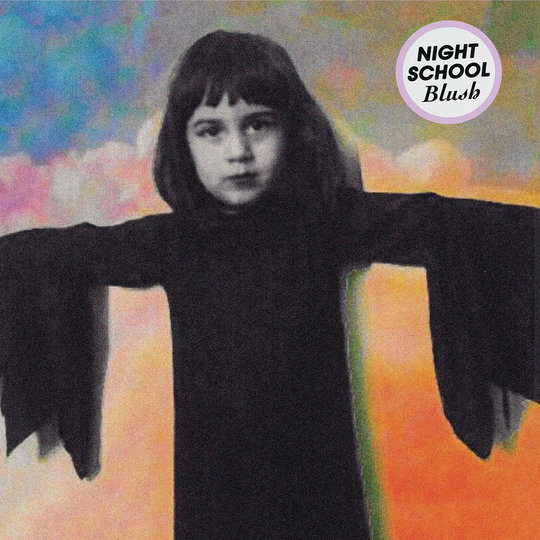 That's not all that's familiar. Brace yourself for wave after crashing wave of nostalgia: from the light charm of '60s girl group harmonies, to the echoes of innocent adolescent romance, down to the scent of wholesome, sunlit, Americana.

Where, with Whirr, the melancholy of words and music served as the perfect foil to Morte's angelic vocals, on Blush, the melange of happy notes and summer distortion only serve to amplify their sweetness. Added to this are lyrics that swirl around hopeful spring romance and teenage heartbreak - perhaps most profoundly evident on the aptly titled 'Teen Feelings' whose every verse, every chorus is blindingly dappled by the California sun. Summertime - school's out forever […] Hope it's just you and me forever.

Album opener, 'These Times' is a delightfully chipper track, swaying under the weight of its own optimism in the light of (possibly) devastating circumstances. The hopelessly dreamy words to 'City Kiss' (do you remember/the time we kissed at midnight/in the city lights/you are the one) are no different, but themes of youth helplessness are ubiquitous. Don't be fooled by the exuberance radiating across this album. On 'Casanova', we mourn poor decisions (maybe I shouldn't like you so much/you're heavy and I'm a breaking crutch), while the cheery chords on 'Lost' are offset by lyrics as upbeat as lost my best friend/now I'm crying on my bed.

You'd be forgiven for believing, on your first listen, that Blushis the same track repeated ten times over. You'd be wrong. It's only the first nine songs on the album that follow the happy harmonies template. The final track, 'Pink,' is a refreshingly mellow, reverb-free piano-led instrumental which, at just a minute and a half, is easily lost within the cheerful jangle that makes up the rest of the album. When you notice it - which you may not at first - you might find yourself wondering why it couldn't have been just a little bit longer. Or perhaps why it couldn't have had a friend nestled elsewhere on the record.

'Pink' aside, Blush is not a sad album. There's no sign of cynicism, defeat or anger. Even at its lowest, the album remains eternally optimistic and, while the words may never articulate it, assures its listener that hope springs eternal.

Not recommended for realists.