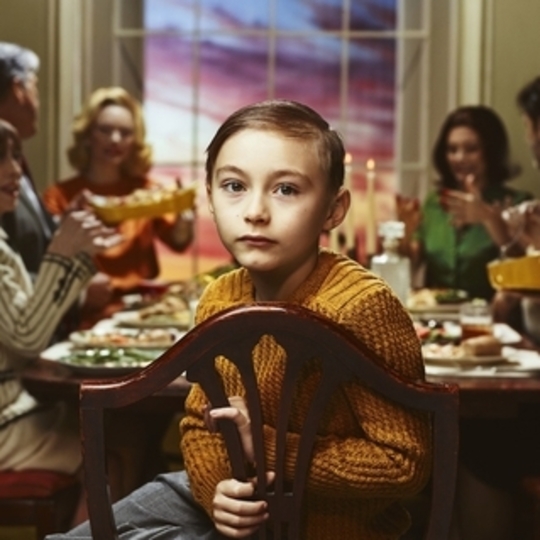 If you found getting through the previous album from Passion Pit and company to be a bit of a slog, you're definitely not alone. Gossamer shouted from the rooftops, displaying itself in blazing neon colours, but it was masking suffocating darkness. Michael Angelakos's struggles with anxiety and depression have been well-documented, to the extent that one wondered if there'd even be a third Passion Pit record. But he returns to the fold almost three years later, and their frontman hasn't burned out; if anything, this is Passion Pit's first positive album.

Considering the hyper-energetic nature of their music, Kindred should sound like the musical equivalent of a full-blown sugar rush, but it never goes overboard. The project's circumstances have changed - Angelakos is married now, and more settled than he used to be - but he's well aware how easily they could change back (or, as 'All I Want' puts it: "I get the notion that I'm almost there / I get the notion that we're getting closer / And with one motion it could all go wrong / If I'm emotional and ruin it all"). This new-found sense of greater perspective has led to a maturation in Passion Pit's sound; this is as close to an out-and-out pop album as we're going to get.

The changes don't stop there: take the artwork, the album title, the lyrics - this is Angelakos reflecting on what he is now, rather than what he used to be. The record benefits from the momentum established by opener 'Lifted Up (1985)', the first of four collaborations with Benny Blanco, a producer who's worked with the likes of Maroon 5, Britney Spears, Kesha and Katy Perry. His influence can certainly be felt, but not to the extent that he's all over those songs - Passion Pit's deference to glossy, pop-radio production only goes so far. There's a touch of R&B audible on 'Where The Sky Hangs', with 'Looks Like Rain' is the album's sleeper hit, on which Angelakos displays his more reserved side - heavy on bass, less reliant on the likes of the high-end synth line that provides the main hook on 'Five Foot Ten (I)' - providing the listener with a much-needed respite before the album finds its second wind for its closing tracks. This comes after the euphoric rush of 'Until We Can't (Let's Go)', a song that proudly wears the reckless abandon hinted at by its title,;buzzing synths, tasteful drums and a burst of cinematic energy leading to what is perhaps the best chorus Angelakos has ever written. That cinematic element is no accident, I'm sure: a certain Hans Zimmer is listed as a co-writer in the song's credits.

It's notable that Kindred is the first Passion Pit record to feature songs written by more than just Angelakos himself. In a number of ways, his third album is the one on which he's finally learned to open up - it's likely that he would have been apprehensive about the idea of enlisting co-writers for Manners (or perhaps even hostile to that notion, due to that album's deeply personal and tormented subject matter) - while also trying to dial things down somewhat. The version of Passion Pit that presents itself today, almost seven years on from that incendiary debut EP, Chunk of Change, is sharp and concise, offering up an album of hook-filled songs that just barely tops 37 minutes in length. Angelakos even finds it in himself to use auto-tune for the blown-out counterpart to 'Five Foot Ten (I)', the considerably taller 'Ten Feet Tall (II)', and the pitch correction adds a distorted feel to his vocals, but the wordless chorus is delivered cleanly,a fittingly pure-sounding coda for an album that combines the Passion Pit essentials with new things that are worthy of further exploration. You may not get on board with it as quickly as Gossamer, but it possesses greater replay value. Angelakos has made an album celebrating stability, and it'll be interesting to see what happens next.