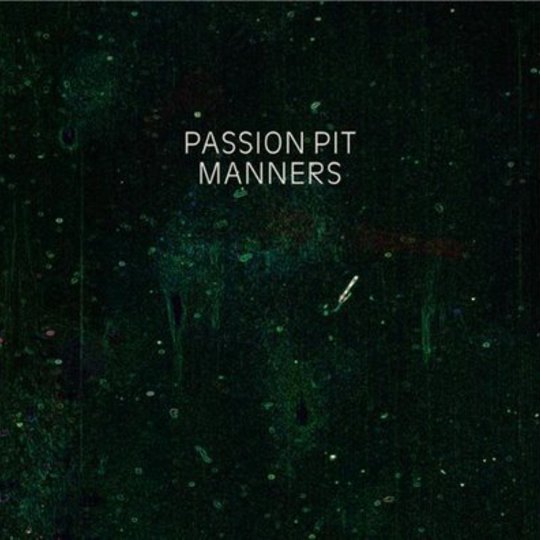 Does anyone else find it hard to process the fact we’re at the end of an actual full-blown decade? Maybe because of internet-begat eclecticism, maybe other reasons, but it’s hard to definitively associate the Noughties with anything so snappy as the old ‘Nineties = Britpop’ type equation; it's been way more of a general mish mash. Still, while I can’t exactly put a finger on it, Passion Pit seem like a culmination of something or other, the asexual feyness of what we may still refer to as college rock spliced with the electronic frivolity symptomatic of a period in which the guitar has found itself marginalised as cloistered indie pop tastes have broadened exponentially.

And yeah, I did say 'indie pop'; I suppose PP’s debut album Manners should probably more accurately be described as electro-pop, but things really have changed in the last five years or so. Back then indie-pop for sure meant fuzzy guitars and whiney vocals; now I’m not so sure that sugary swooshes of Hot Chip-inflected electronics and helium tones of the impressively ebullient Michael Angelakos.

To dive in at the deep end: second track ‘Little Secrets’ not only lurches in on the type of joyously processed squelch and clatter that suggests the band spent a fair while trolling Boston’s highest-NRG gay nights researching the appropriate ambience, but furthermore has the temerity to break out an actual children's choir. Said scamps back the giddily tootling Angelakos with an, er, uplifting chant of “higher and higher” as his voice flutters and spins around them like an over-excited hummingbird; quite clearly this is many people’s idea of torment (stay tuned for the Sunn O))) review later this week, hey?), but if there is room for joy in your giddy little heart for such silliness, you and Manners will probably get on.

'Little Secrets' is a good tester litmus test, then, being to some extent the acme of their sound, but once you’ve crossed that hurdle there’s definitely more to explore. Yeah, glistening dew, Hot Chip-ish keyboards, naked homages to Justice's 'D.A.N.C.E.' and Angelakos’ dizzy loon delivery are the fulcrum – see bendy opener ‘Make Light’, the return of the kiddiwinks for actually quite annoying single ‘The Reeling’, the boy/girl weaves of ‘Eyes As Candles’ – but there’s some weight amidst the twinkly-vaporous delirium. ‘Moth’s Wings’ is the epic track as it should be done – i.e. not that epic – the pace slowing to a minor key tranche of piano and electro twinkles, Angelakos dropping about 15 octaves to the point we can vaguely make out the words, before the whole thing slows and collapses in a modest pastel nova.

And the drifty motes-of-dying-light ambience of ‘Swimming In The Flood’ finds a way to unite squeaking and pathos into one treacle-thick whole, a slow, twilit cascade, sonorous and kind of sad, kind of uplifting. When that segues into the fizzy into of ‘Folds In Your Hands’ it’s an annoying jolt, arousing the distinct suspicion that Passion Pit can maybe verge on too lightweight, but it evens out by the end, building to another gently elegiac climax.

Maybe that’s the key to why Manners ultimately works. Despite an opening volley that suggests Ghandi himself would have felt the urge to tell Passion Pit to stop being so bloody silly come the end, it finds a slightly more meaningful note surprisingly soon. Many of these songs come laced with the bewilderment that comes with the euphoria of the dance floor, the sense of dislocation and estrangement from reality that leaves your senses feeling so peculiar after the music stops. Even the borderline novelty ‘Sleepyhead’ has a certain woozy magic, despite kind of sounding a bit like The Shins if they’d taken every drug ever, all at once, immediately prior to a jam session with Alvin & The Chipmunks.

So that’s Manners, an album for the end of a decade nobody really notices is ending, college rock and electro pop synthesised into one likable bundle. It’s funny how after all the blah a couple of years back about DIY pop – those wonky pop tours, Alphabeat’s brief success, et al – a bunch of preppy Yanks have made the record those bands were probably supposed to make, but no matter, it’s arrived. Maybe it was just time. Or maybe decades are stupid things to think about, and maybe there’s no point in speculating on whether Manners’ undeniable frivolity will wear thin before the next one starts. It’s a fun record now, and that’s what counts.