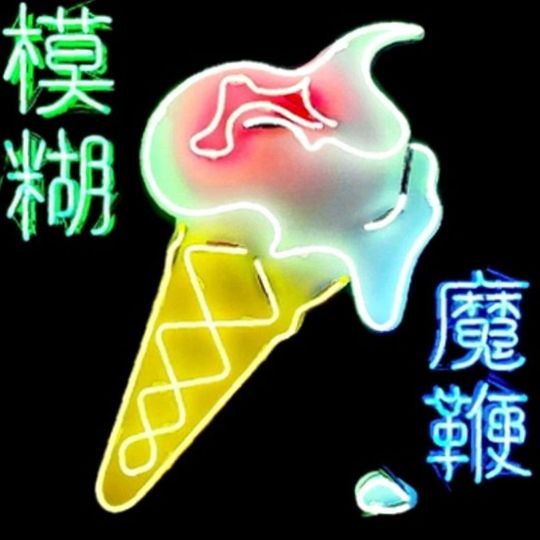 As a child, I remember being somewhat bemused by accounts of Jesus’s post-resurrection conduct. All he seemed to do after returning from the grave was make a few random, dramatic appearances in front of his old chums, before fucking off forever. Surely if you or I were restored to earth we would get on with life, or at least go for some beers with the old gang, not say 'ta da!' a few times then go and live with our dad for all eternity. I suppose resurrection does funny things to people.

Which brings us to the popular band Blur.

It’s instructive to note that there was only actually a six-year-gap between the band's erstwhile final album Think Tank and their triumphant 2009 comeback: that’s less than the distance between the last two Modest Mouse records. Even accepting three years must be added to accommodate the wayward Graham Coxon, it’s a shorter hiatus than many.

What’s fascinating – and, in some ways, heartbreaking – is the further six years the reunited band spent without releasing a new Blur album. Like a quartet of Mockney Jesuses, they appeared before their former disciples and performed great miracles, but seemed incapable of getting on with what it was they did before. A trio of more-than-decent new songs (‘Fools’ Day’, ‘Under the Westway’, ‘The Puritan’) were frustrating evidence of the reunion’s untapped potential. A concerted attempt to record a new record with William Orbit crashed and burned, suggesting Blur simply have too much baggage to sit down together and write a record the old fashioned way. And the apparent abandonment of an impromptu five-day Hong Kong session in 2013 suggested that was basically it: Blur had finally ascended to indie heaven and that was yer lot.

As you’ll presumably be aware now, last year Graham and producer Stephen Street dug into the abandoned Hong Kong sessions and fashioned them into something that Damon could finish off (Dave and Alex’s contributions presumably go no further than those five days in the studio, though it’s worth noting that there’s some particularly fine drumming on this record).

I don’t think The Magic Whip is Blur’s best album, though you might. But there has been no artistic dip. The laborious way in which it was strung together has, perversely, given a feeling of freshness and spontaneity – the highest compliment you can pay it, I think, is that it doesn’t sound like a comeback album or a ‘statement’ record. There are comparisons to be made with other Blur records, but it doesn’t sound particularly like any of them, and Albarn’s lyrical preoccupation with the far east – abstract, rather than patronising – means it’s completely adrift from any sort of ‘Blur are back, bee-atches!’ gestures.

If there is a nod to the past, it’s opener ‘Lonesome Street’. By far the most Britpoppy thing on here, it's a punky acoustic strum, with Damon’s conciliatory lyrics – “if you have nobody to rely on, I’ll hold you in my arms” – frequently spiked with a floaty, drifty interjection from Graham. It’s not the album’s strongest moment, but maybe it’s the most symbolically important, Coxon and Albarn back together again, at long last.

There are certainly plenty of other bits when Blur the guitar band roar back into life: ‘Go Out’, which you know by now, only grows in stature – it has a darkly confident bounce, almost like a more whimsical PIL, thrillingly harsh, processed guitars against a loping beat and entirely cryptic Albarn lyrics.

More representative is ‘New World Towers’, a hazy, pretty, partially electronic thing, infused with the wistfulness of Damon’s solo work and quieter Gorillaz moments, but with a heft and immediacy that clearly marks it as Blur. ‘Ice Cream Man’, the de facto title track, is a lovely sci-fi wobble that yields to the album’s centrepiece, the gorgeous, six-minute ‘Thought I Was A Spaceman’, a sort of impressionistic drone piece that morphs into a sort of sparkling synth soaked future jazz number. It is properly astonishing, and completely new territory for the band, absolutely fucking glorious stuff, a vindication of the whole comeback in itself.

We’ve already given you one track-by-track, so I'll not go mad here. What remains constant throughout The Magic Whip is a density, a prettiness, and an intriguing opacity: these are the most cryptic lyrics Damon has every written, and though there are plenty of hooks, there’s certainly a disregard for any notion of the pop chorus – clearly they were never going to write a new ‘Country House’, but there’s no ‘Tender or ‘Out of Time’. But that’s not to say that Blur are being difficult, just a little different: as with ‘…Spaceman’, many of the songs work by building, rather than repeating – see the stunning, foreboding ‘There Are Too Many of Us’.

It’s the sense of enigma that elevates The Magic Whip: it is an almost endlessly intriguing record, full of mad ideas, strange microhooks and an air of rich elegy that just works. But maybe the mystery is the reason it’ll perhaps never be loved as much as the highs of Blur: The First Coming – moving though they can be, the songs are inscrutable; there is a barrier between them and us. Still, it throws us a couple of bones: it’s almost a shock when the big ballad ‘Pyongyang’ turns up at track ten and doesn’t do anything weird, just cracks on with being lovely. And ‘Ong Ong’ is a big, sloppy singalong, that would have had Mile End in tears back in ’95, no problem.