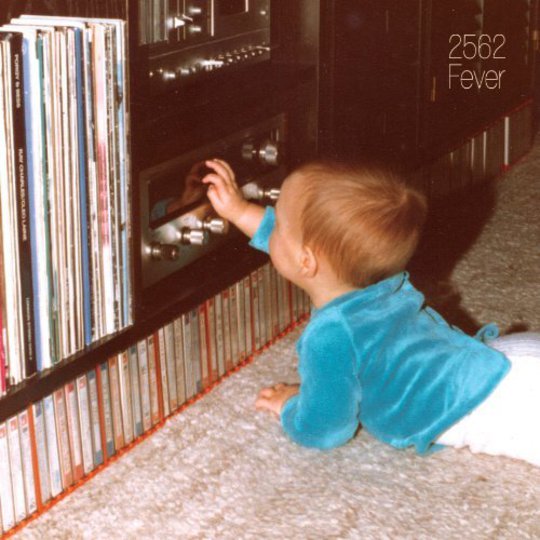 When I saw that the press release stated that Fever, the new record from Dutch maestro 2562, was built entirely using samples lifted from Seventies and Eighties disco tracks, I must admit I feared for the worst. I formed a particularly close bond with his last album on Tectonic, 2009's Unbalance, which somehow manages to boost my workplace productivity five-fold whenever I put it on in the background. The prospect of swapping that heaving bassweight with funky, octave-ridden electric bass didn't exactly fill me with the joys of spring.

I needn't have worried, because the extent to which Dave Huismans is able to sculpt these samples into something entirely fresh is truly astounding. There are two, perhaps three instances on the whole album when less chopped-up sound bites reveal the artist's source material, but on the whole this is very much a 2562 record. There is not a platform shoe, star-shaped guitar or white man's afro in sight. After overcoming the grating and somewhat tiring 'Winamp Melodrama', which regardless displays top-notch editing skills, the LP opens up to become another strange half-breed musical outing very much in the vein of Unbalance. The impatient, high-energy 'Aquatic Family Affair' is infectious and original, driven around the bend and back again by a superbly constructed hi-hat arrangement and house-inspired pads, all glued together with a generous dollop of Detroit shuffle. Similarly, 'This is Hardcore' rolls along on percussion alone until the half way point, at which an eerie melody not dissimilar to those found in more downbeat Ricardo Villalobos tracks slips into the mix.

'Cheater' sounds almost tropical, with stutter-step percussion and hypnotic vocal fragments that become less and less human as the track evolves and mutates. While 'Juxtapose' wobbles along with the help of the producer's signature bass sound, 'Flavour Park Jam' is the closest Fever comes to dubstep in the strict sense of the word. Even then it is more of an echoed afterthought, a sentiment rather than a real commitment.

The last third of the album is given over to more experimental outings, including the title track, which once again illustrates how unique some of the producer's beats can be. Snare rolls create a syncopated, natural-sounding march that comes alive as a deep 4/4 kick is dropped. Once again Huismans tips his head to techno, but as ever manages to do so in his own inimitable form of expression, replacing samples that have become clichés of the genre with more organic counterparts.

If I can find one criticism of this album, it's that it is almost too much Huismans' own, suffering in parts from a repetition of ideas and rhythmic themes, many of them carried over from his last record. But while Aerial and Unbalance represented developments in Huismans' sound, Fever is more of a sidestep. If it is dubstep – which I'm not really sure it is – it is far more intriguing and individual than most releases I have heard in the last 12 months. At this point in time Huismans finds himself miles away from the European garage sound of his first release 'Channel Two', and for me the association with UK-centric genres just doesn't stick anymore.