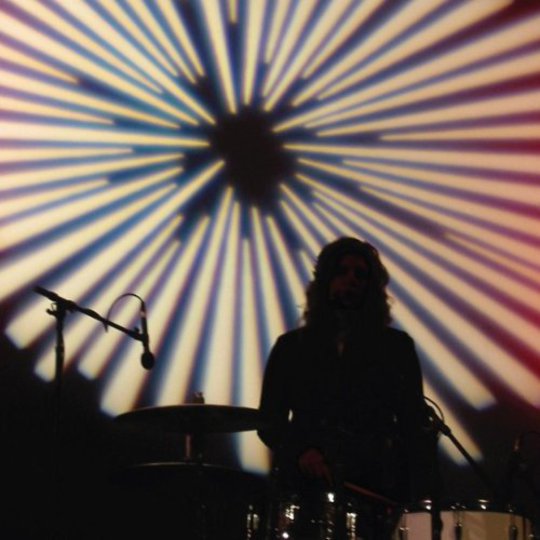 It’s testament to Low’s consistent excellence that, nearly 20 years into their career, they remain untroubled by accusations of staleness or irrelevance. In fact, the excitement surrounding the release of C’mon, their ninth studio album, is positively tangible. And that excitement is certainly justified, for C’mon is an intriguing, essential addition to their discography, one which might even propel the Minnesotans towards much wider renown.

For the past decade, Low albums have been a succession of curveballs – 2002’s Trust testing the limits of unbearable tension, 2005’s The Great Destroyer exploring volume and rock sensibilities, and 2007’s Drums And Guns foraying into the realm of beats and loops. C’mon marks a return to the quintessential Low sound, much more akin to their exquisite live performances. But while some may lament its perceived predictability, others will note that following up those curveballs with such a direct collection of songs may actually be the most unpredictable move they could have made.

The urgency of the album title, combined with the eschewing of sonic exploration, suggests a realigning of priorities, a focus on what is truly important. Indeed, Alan Sparhawk has described the album as a direct appeal to one’s fellow man: “I’m looking in your eyes right now, and we need to figure out how to get through the next moment, together, as human beings”. Low, of course, were formed for the express purpose of antagonising the grunge crowd of the early Nineties, and their precious beauty has always been spiked with a certain belligerence – and so it’s significant that this album, its title, its songs, its feel, is just so inviting.

The shimmering opening track ‘Try To Sleep’ is a case in point. As gorgeous as anything in the band’s back catalogue, it’s incredibly inviting and warm, as well as being unashamedly direct. This directness is in part down to the production work of Matt Beckley, a man best known for his work with the likes of Leona Lewis and Avril Lavigne. (If you wanted a curveball, how’s about that?) But also, crucially, both Sparhawk and Mimi Parker sound vocally emboldened throughout the album, with unprecedented urgency and passion. Sparhawk may deny that C’mon is a deliberate shot at mainstream acceptance, even scoffing at the prospect when he spoke to DiS – but it’s tempting to speculate whether, after two decades of toil, commercial success was part of their thinking here, even subconsciously.

The sequencing of the ten tracks is such that the album is split into two distinct halves, with the first half featuring the more conventional, radio-friendly songs. Two of these five songs are fronted by Parker, comprising her most significant lead-vocal contribution since Trust. The more dramatic of her tracks is ‘Especially Me’, a poignant lament of disconnection which Sparhawk has credited as being the anchor of the whole record. As for Side A’s two other cuts, ‘Witches’ is the kind of brooding, snarling (and slightly unhinged) workout which Sparhawk has become increasingly fond of over the years, but the highlight is the sublime ‘Done’. A trademark Low show-stopper, augmented by the swooning lap-steel guitar of guest Nels Cline, it constitutes the album’s first truly jaw-dropping moment, and points the way to the record’s remarkable second half.

Throughout Low’s career, Sparhawk’s lyrics, while powerful, have been characterised by their allusiveness and ambiguity, and so the second half of ‘C’mon’ represents a significant development – rarely have his words been so brazen and emphatic. It begins with ‘$20’, a love song which sees Sparhawk declaring over and over that “My love is for free” – his boldness and conviction so strong that his delivery borders on the confrontational. It’s followed by the pounding incantation ‘Majesty/Magic’ and the meditative ‘Nightingale’, both of which are good value in their own right, but whose wider purpose is to lay the groundwork for the immense ‘Nothing But Heart’, the album’s climactic showpiece. It’s Low at their most ardent, with Sparhawk proclaiming for a full six minutes that “I’m nothing but heart”. After such an overwhelming outpouring of emotion, acoustic sing-along ‘Something’s Turning Over’ makes for the perfect closing coda, allowing the dust to settle and rounding things off with aplomb.

If it’s the headline moments like ‘$20’ and ‘Nothing But Heart’ that initially seize the imagination, the album’s long-term appeal lies in the slow burn of some of its more unassuming moments, like ‘Especially Me’. A good deal of the success of C’mon is down to its solid foundations – its quality song-writing and deft sequencing. But the real point is this – for a Low album to be awash with impossible beauty and spellbinding drama is par for the course, but the difference with C’mon is its formidable sense of assurance, rendering it the sound of an exceptional band finally ready to step out of the shadows.