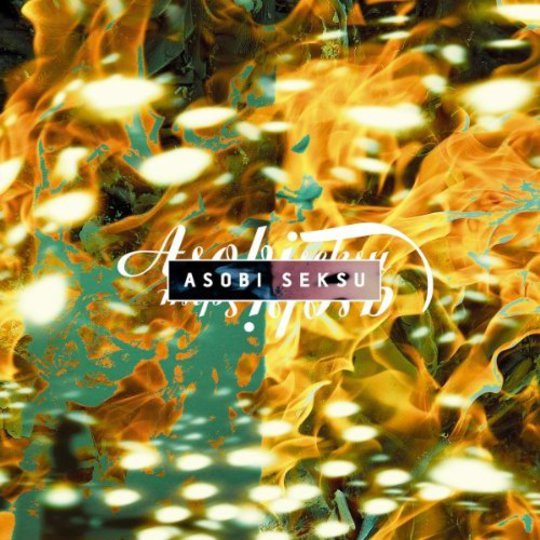 I don’t know what lovable noise-tinklers Kevin Shields and Belinda Butcher happened to be warbling on about on that bloody amazing Loveless record of theirs, and I don’t particularly want to. But I can’t help wondering whether the sweeping dirge of near-unfathomably subtle and beauteous delights that album offers might’ve been compromised just the tiniest bit, had said warbles coherently echoed those of an amateur art-school poet, harping on the subject of unrequited love - ’bout as subtle in tone as the Dragons’ Den narrator when a punter’s pitch starts going downhill, and he is helpfully explaining to us exactly what has happenedin the last forty-five effing seconds.

Having said that - and perhaps you’ve gathered I’m vaguely steering towards Asobi Seksu here, though 'amateur art-school poet' was a tad harsh, sure - I’ve got a terminal soft-spot for sentimentality and Fluorescence has just about charmed a way into it, redeeming itself as Dragons’ Den categorically does not.

As they often will, many fans felt predecessor Hush’s diversion from the familiar path of Asobi Seksu’s earlier output was - on account of being neither as seminal nor audacious as a Kid A - an ill-informed misstep; an ungracious abandonment of What Was Rightfully Theirs. Now, it’s only fair to admit that I’m not too familiar with these previous offerings. And though Fluorescence outstrips my initial expectations of a pleasant enough exercise in My Bloody Valentine-nostalgia, nothing compels me to plunder their back catalogue as, say, fellow occasional-shoegaze-inspirees Blonde Redhead’s more immediate and sonically nuanced 23 did.

That’s not to say there’s nothing to admire in the record. Lead single ‘Trails’ - which takes the not-particularly-coveted grail of This Reviewer’s LP Highlight - sees lead singing woman Yuki Chikudate playing call and response with, er, herself, cuckooing a gorgeously smooth “ooh-hoo-uhu-ooooh-ooh” melody over swarming guitar echoes, intense flickering between rich harmony and dissonance on first beat and third. All very ‘To Here Knows When’, yes, but good nonetheless, and not dissimilar to a couple of other standouts here.

My main gripe’s with Yuki’s willfully naive lyrics. ‘My Baby’ is an ocean of onrushing guitars and synths, first verse backed by a sparse drumbeat in the vein of Grizzly Bear’s ‘Two Weeks’ and chorus as sweet as an angel’s lullaby, but it’s a hell of an effort to ignore the cringe-inducing cutesy at play. “How come you have no reasons to stay with me/Please don’t leave me here with nothing.” This one isn’t atypical of the record either, which is a shame because for the most part it’s far from unimaginative.

I’ve got a niggling feeling this could turn out to be one of those albums that, in hindsight, pilfers just enough from both past and present (don Substandard Metaphor Goggles now!) to find a maintainable refuge in that motorway-partition separating nostalgia-for-nostalgia’s-sake on one side from modern-for-modern’s sake on the other. The hint of timelessness, I suppose, suggests the record’s whimsy has struck a certain chord, the existence of which is naturally irksome to acknowledge (of course it shouldn’t be, but overbearingly self-conscious pride is a weakness some of us - by which I mean, ‘I’ - still haven’t grown out of) and in places Fluorescence is fairly triumphant - exhilarating even; on paper, it tickles all the right neurons. The payoff, though, falls short of expectations, and - although alarm bells should be ringing every time someone tells you this (they’ve just stopped paying attention) - the second half, of more dream-poppy musings, sacrifices some of side A’s feistiness and charm. Left bereft of big codas, Asobi Seksu tunes don’t bother my subconscious memory as I know they can, and that unashamed predilection for lush catchiness is vital to distinguish themselves from their pedal-pushing contemporaries.