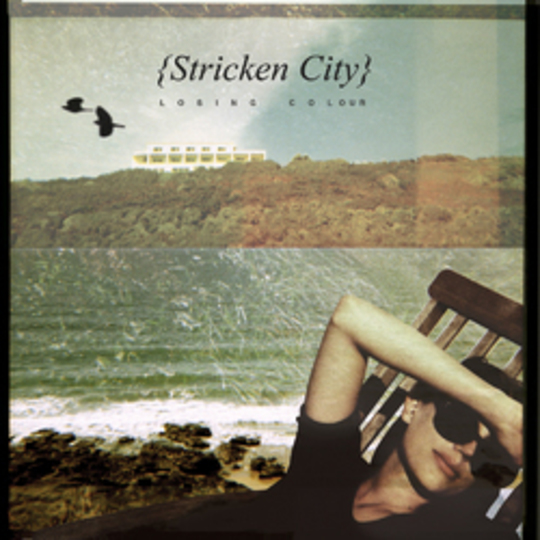 'We never stood a chance', said Stricken City of their decision to part ways. After just a couple of years, a delightful debut album (Songs About People I Know), they release Losing Colour on a pay-what-you-like basis and played their last show in February. And what have the left us? Songs About… had a half-finished charm like it was recorded in the band’s bedroom; Losing Colour is an album that very much ventures away from those intimate confines and creates a fuller, more distinct sound.

Stricken City are from a school of British indie bands that can trace their lineage through Britpop guitar bands like Longpigs and Kenickie and more mainstream Eighties fare like INXS and Orange Juice. Their contemporaries include Beat The Radar and Standard Fare, they’re similar in their tell-all confessional lyrics of failed love and teenage innocence. And this is a record that is wilfully nostalgic for the new wave bands as well as being able to sit next to and outshine many other bands around today. Title track - and probably final single - ‘Losing Colour’ is a brilliantly hazy tune, pounding drums drive it forward, soaring violins add beauty and Rebecca Raa’s whispery vocal delivers an addictive melody.

‘I Know A Place’ is a piece of aural joy. The saxophone intro would fit the radio soundtrack to any scene from GTA: Vice City. ‘Pulling The House Down’, despite being a Skellington remix of a song from their debut album, actually fits well as a midpoint for Losing Colour and deserves its place beyond a b-side like most other indie band remixes. First single ‘Animal Festival’ floats between the pop sensibility of Blur and the cool-as-hell singing styling of Blondie. It’s a shame that Stricken City aren't more widely recognised upon their departure as these songs certainly have the makings of cult gems.