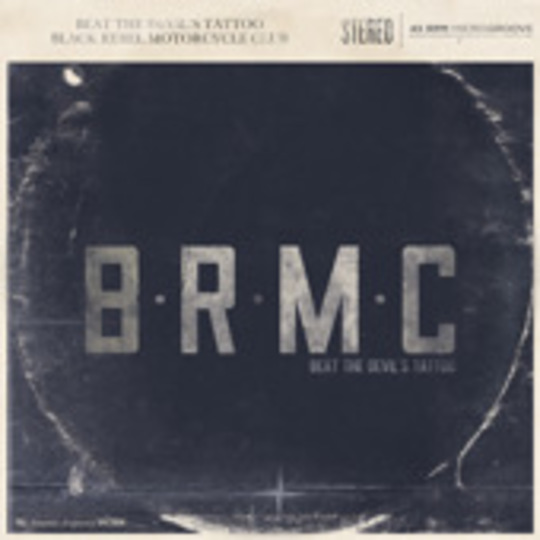 At the start of the previous decade, Black Rebel Motorcycle Club were being lauded as the rock'n'roll outfit to carry the torch into the post-millennial abyss and beyond. At the very least, their mysterious demeanour and dark musings made them a darn sight more interesting than the other musicians of the day, be that the big-shorted, loud of mouth brigade spearheaded by Limp Bizkit, or the Britpop hangover led by dullards such as Travis. As happens all too often though, the love affair ended almost as briefly as it had begun, largely orchestrated by less than captivating live shows and in the case of their third album Howl, a seemingly insatiable desire to commit career suicide.

Over the course of the nine years that have elapsed since debut record B.R.M.C. announced their intentions, it's been pretty much a case of indifference greeting each subsequent release, gradually pushing them into their own cosy fan-encrusted niche without ever realising the potential or expectations set from the outset. Not that Black Rebel Motorcycle Club have had an unscathed journey along the way; the much-publicised traumas - drug related or other - involving original drummer Nick Jago often grabbed the headlines for the wrong reasons, eventually culminating in his permanent departure shortly before the arrival of studio album number five, 2008's The Effects Of 333. A change of drummer wasn't the only notable difference on that record, as its entirely instrumental collection signalled a more complex desire to take a step back in time, even if that meant its musical constitution bore more resemblance to pastures old such as The Brian Jonestown Massacre. It also heralded the addition of a new drummer, one-time Raveonette Leah Shapiro, and with it possibly a re-configured, and more juxtaposed, infinitely focused line-up for their next studio venture.

Nearly 18 months on and we've arrived at that junction, Beat The Devil's Tattoo, and while there will be an element whose customary greeting of "Meh" at the thought of yet another Black Rebel Motorcycle Club album, this record should be heard first before any such thoughts are dispatched publicly. This, you see, is the record messrs Hayes and Levon Been have been threatening to make since the band's formation. If anything, Beat The Devil's Tattoo feels like a carefully constructed amalgam of the best parts of all its predecessors where the emphasis may not always be on the songs themselves, but whereas their earlier records felt like rollercoaster rides of the sublime, ridiculous and occasionally careless, this has a seamless flow that is only minimally disrupted in its final third. What's more, while the inimitable vocal stylings of both Peter Hayes and Robert Levon Been make Beat The Devil's Tattoo instantly recognisable as being by its creators, those lazy comparisons with a certain Scottish combo of the late Eighties can be consigned once and for all into the trashcan, as this is undoubtedly the definitive sound of Black Rebel Motorcycle Club and no one else.

As with Baby 81 and to a lesser extent Take Them On, On Your Own, the decision to release one of the record's weaker moments, its title track, as a lead single could once again be seen as the musical equivalent of a Jamie Carragher backpass beyond an unsighted Pepe Reina. While its East European folk influence may just push it on to the odd daytime playlist or two - think Gogol Bordello stripped down to the bone jamming with I Am Kloot or someone of a similar ilk - it doesn't even attempt to tell a quarter of the story that is Beat The Devil's Tattoo the collection. However, as a way of easing the most casual of listeners into what follows it serves its purpose satisfactorily.

With that out of the way, the floodgates open on 'Conscience Killer' and 'Bad Blood', two of the album's stand-out pieces and both up there with the band's best recordings, period. The former's full throttle surge, Hayes in fine voice with the cutting riposte "We don't mean all that much, but we never really had a choice" dictating the pace, and possibly offering an insight into the it's-now-or-never approach to the record, leading into the reverb-heavy intro of the latter. "Nothing ever stays the same" sings Hayes, and he's right. If anything they're exercising their demon(s) here, the song obviously a reference to their departed former member, a final parting shot of "I can see it in your eyes and now it's gone" telling its own story. Both of these songs pretty much usurp anything on their previous four albums.

However, it's not just about foot-to-the-floor rock and roll. The industrial blues of 'War Machine' coupled with the mellow acoustics of 'Sweet Feeling's Gone', a close cousin of their most recent recording prior to Beat The Devil's Tattoo, 'Done All Wrong' off the 'Twilight: New Moon' soundtrack suggests they've been revisiting their own archives comprehensively, its similarity to the much-maligned Howl notable by way of its inclusion. Indeed one gets the impression that while Black Rebel Motorcycle Club are undeniably proud of their achievements to date, they've seen this as being their last chance to make that perfect record, so upped the ante accordingly. 'Evol', the album's mid-point, is actually pretty old, having initially been written and demoed for inclusion on 2003's Take Them On, On Your Own before being dropped at the last minute. Now, with Shapiro's lean, colossal backbeat providing its engine, they've rediscovered a slow building gem that beggars the question why it was left in hibernation for so long.

Her contribution is none more apparent than on 'River Styx', a percussion-heavy blues number that borrows the riff from Canned Heat's 'On The Road Again' and turns it into a swamp-infested jam of brutal intensity. Similarly 'Aya', another attempt at industrial noise a la Ulterior or The Big Pink brings Shapiro's beatkeeping to the fore, even if the song itself doesn't quite live up to its audacious intent. At times, the final third of Beat The Devil's Tattoo becomes laboured, none more so than on penultimate Beatles pastiche 'Long Way Down', by far the least affective track on the album. Indeed, if it wasn't for the gargantuan might of closer 'Half-State', the record wouldn't lose any impetus had it been cut by two or three numbers.

However, the closing ten minutes easily represent Black Rebel Motorcycle Club's most vivacious and downright unconditional composition in their chequered career. Peter Hayes' glissando guitar collides with Robert Levon Been's distorted bass with effortless grace, building up slowly into a crushing mantra that decrees "We were close but never made it home" before reaching its destination amidst salient cries of "There's a place we can never call our own". Possibly the closest comparison from their back catalogue would be the effervescent 'Rifles', but even that pales alongside 'Half-State' and its overt three-part drama. Indeed, if there were ever a reason for Black Rebel Motorcycle Club's existence, this would be it, and despite the false dawns of albums past, Beat The Devil's Tattoo can hold its head high as their most compulsive body of work to date.