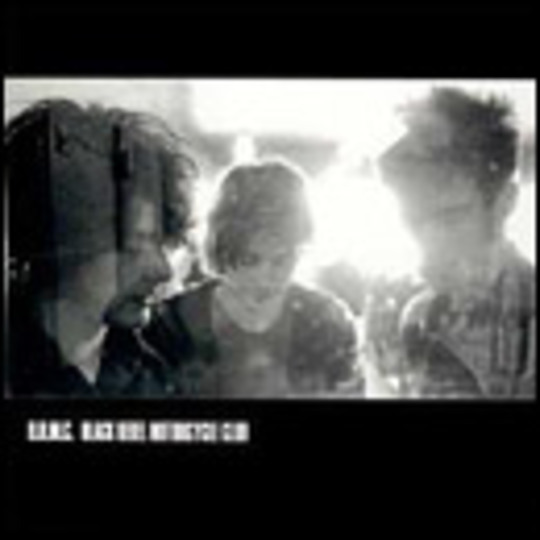 There has been a sporadic “rock revival” going on ever since the early-90s, those carefree days when Guns N Roses was required – and in this writer’s sorry case, sole – listening. But since then rock’s self-declared saviours have either been false idols – Kid Rock? Limp Bizkit? – or have made a big splash then suddenly imploded, Texan afro rockers At the Drive-in being a case in point. With their black leather jackets and moody photo shoots it was inevitable that Black Rebel Motorcycle Club would become this year’s obligatory “best rock band in the world”. But do they have the musical meat and two veg to fill the vacuum-sealed leather trousers of media hype?

It would be a mistake to call BRMC the future of rock and roll – they’re very much about its past. In fact, Black Rebel Time Machine Club would have been a better choice of moniker for a band who borrow so eagerly from their forbearers. They make a lengthy stop in the shoegazing scene of the early-90s to borrow from Ride and The Jesus and Mary Chain. Then its back to the 70s for a hint of Marc Bolan and his glam rock peers.

Not that there’s anything wrong with looking to the past for inspiration – hell, The Strokes have done pretty well for themselves by studiously “adapting” licks from their old Stooges, Television and MC5 records. And BRMC can turn out an excellent rock anthem, as anyone who has heard singles Love Burns and Whatever Happened to My Rock and Roll will testify.

For the rest of the record BRMC are languid and drawn out where The Strokes are quick and energetic – LSD to their east coast cousins’ amphetamines, if you like. Big, echo-soaked guitars and wailing, goth vocals are the order of the day, and it yields some tasty results, witness Awake. Elsewhere – on ‘White Palms’, for example – it gets a bit repetitive and tedious, anathema to any rocker worth his/her salt.

Smart-arse academics like to tell us parody is a form of affection, but on ‘Spread Your Love’ the opposite is true, the Club’s attempt to wig out ending up sounding like a spoof, albeit a fun one. They couldn’t sound more like Spinal Tap if they tried, urging “spread your love like a fever” over a glam rock fuzz bass line reminiscent of Spirit in the Sky.

Black Rebel Motorcycle Club is competent rather than stunning, but, while BRMC certainly aren’t the best rock band in the world, they are worthy of your attention.