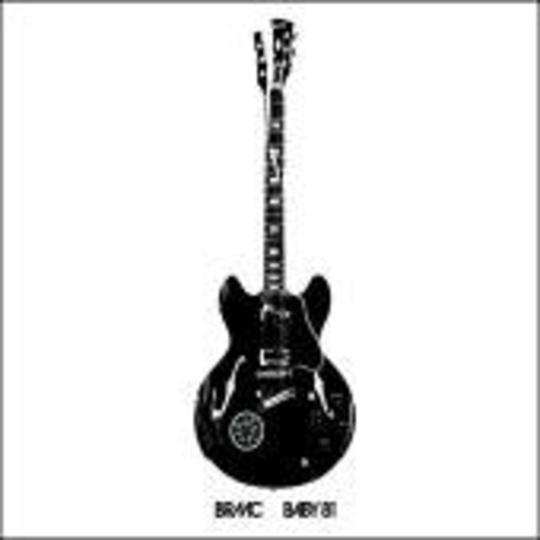 Sometimes, there is nothing better to break up the monotony of a normal day than a good old-fashioned, well-constructed, rock and roll record. No frills, no hype, no need for explanation.

Sure, there will be some who'll say that Baby 81 is staid, and that Black Rebel Motorcycle Club are devoid of ideas and merely living in the shadows of Oasis and The Jesus And Mary Chain forever more, but forget such negative comments: Baby 81 is simply BRMC doing what they do best, and for the first time since their debut record six years ago they actually sound like a band that enjoyed themselves while making this album.

Indeed, this should be as big a shock to the system as 2005's Howl, as that record and their subsequent live shows seemingly heralded the emergence of a band moving away from the so-called ‘New Rock Revolution’ they'd found themselves typecast with from day one, albeit uncomfortably. If Howl was an excuse to get the alt-country album out of their system, then by the other token it also seems to have re-kindled the fires in their collective belly.

While there are undoubted parallels to be drawn with both their self-titled debut and its follow-up Take Them On, On Your Own, the fact Baby 81 has been so long in the making means that for starters there is no feeling that this album was in any way rushed or padded out with unnecessary filler unlike the latter, while if the former was the sound of a band finding their feet, this and its predecessor both seem to be a case of seeing which shoes fit best, with the rock boots just edging out their rootsier sandals by a toecap or two.

Baby 81 also sees bassist and occasional vocalist Robert Been's (nee Turner) father Michael assist on production and engineering duties, and his time in everyone's favourite stadium support band from two decades ago, The Call, seems to have rubbed off in the studio here. This record is obviously designed to encapsulate arenas rather than stops on the club toilet circuit.

What's also quite notable is that Baby 81 contains at least half-a-dozen radio anthems in the making, something that BRMC have always shied away from in the past. 'Berlin' is the song that Bobby Gillespie probably would have liked to have written as the soundtrack to Riot City Blues, its chorus of "suicide's easy, what happened to the revolution?" sounding like a long-lost Primal Scream single. Elsewhere, 'Need Some Air', with its ‘80s cock-rock "woo-ooo-oooahs" and '666 Conducer', an exciting collision of Exile On Main Street riffs and shoegaze-inspired noise, both stand head and shoulders above anything off their makers’ last two long-players.

It's when BRMC get their heads down and seemingly conjure up drone-like symphonies on the spot, though, that this record really takes off. 'American X', a nine-minute slow-burner that really does do the description ‘wall of sound’ justice in its last third, suggests Peter Hayes' time with Anton Newcombe in the Brian Jonestown Massacre wasn't just spent digesting Class A substances after all. It almost sounds like the song they've spent the last decade aiming to create, and its place as the penultimate moment of Baby 81 would suggest the band see it as a job well done, almost to the point of complete fulfilment for the group as a whole.

Admittedly there are moments that let Baby 81 down slightly, such as the …Morning Glory pastiche that is 'Window', and lead single 'Weapon Of Choice' does seem an odd way to advertise what may well in time be seen as Black Rebel Motorcycle Club's strongest record to date, particularly when sat alongside such illustrious company as the aforementioned 'Berlin' or 'Need Some Air'.

Whether Baby 81 is seen as a return to form or an interesting diversion is open to interpretation, but one thing that's for sure is that this record provides insurmountable evidence that Black Rebel Motorcycle Club should not be written off just yet.