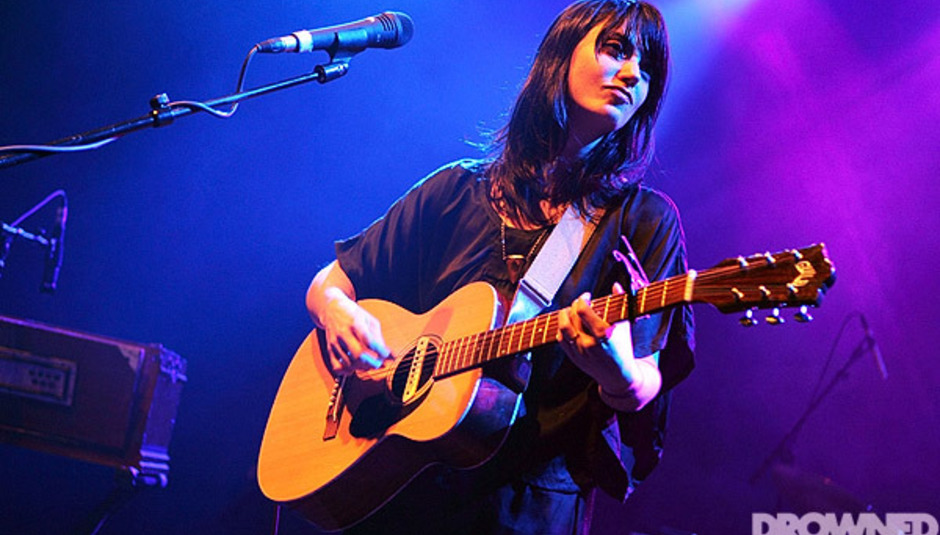 March is nearly over and as per every month we have thrown together hand-crafted a playlist of the best tunes from the past few weeks.

One thing you might notice when listening to this month's playlist is that bands - yes, B A N D S - who make jangly indie-rock (Real Estate, War on Drugs, Future Islands) or a punk-rock clatter (Cloud Nothings, Eagulls, Blood Red Shoes) delivered some superb records this month. These releases probably won't be enough to shut up idiots spouting that "guitar music is dead" but then, what will?

March also saw the first taste of Sharon Van Etten's follow-up to her critically celebrated, DiS album of 2012, Tramp. Not many days have gone by since 'Taking Chances' hit the web that we haven't had it playing at least 4 times in a row at DiS HQ, it really is an impeccable piece of music that gets better and crawls deeper into your heart with each and every listen. I guess it might be safe to take the rest of the year off and prematurely declare Are We There album of the year? Would probably be better for my health than pummelling through all the heartless posers in my inbox and wasting my time drafting up rants about 'How Hipsters Destroyed Alternative Culture'.

Van Etten isn't the only solo lady filling my ears, as I found myself swept up by a wonderful Mount Kimbie remix of Kelis, Lykke Li returned (is it just me or do all her songs take your breathe away, then underwhelm, then about six months later when the tide of expectation recedes, you realise they're brilliant? I just know it's going to happen again...), Sky Ferreira's blog-hyped album finally got released in the UK (definitely one for pop-lovers who prefer an Uffie tornado rather to Hurricane Miley), the much-tipped Foxes had some UK chart success, and the debut album by Lyla Foy on Sub Pop left me twirling around DiS HQ whilst digging out our Azure Ray records and longing for a Rilo Kiley reformation. Then there's the bewitching Broken Twin whose debut album is coming out at the end of April on the label that's home to Tom Waits (Anti-) - we premiered her new video on DiS today. Oh and KATE BUSH!!!!!!!!!!!111

There was also the small matter of new Metronomy album, a 40th anniversary edition of Elton John's Goodbye Yellowbrick Road, a big swarm of noise from Ben Frost who was last heard co-producing Tim Hecker's incredible Ravedeath record... and if that wasn't enough there was also a new record from Britain's beloved Elbow and DiS-favourites Liars.

1) Messy Lesson: How Liars are setting the blueprint for electro transformation
2) 9/10 review of Eagulls' debut album
3) Steven Ansell from Blood Red Shoes: Is music becoming a passive experience?
4) "Lyrically the new album is very much about me": DiS meets Dylan Baldi of Cloud Nothings
5) Planet Gear: Inside Elbow's Studio

Browse our archive of Spotify playlists, including our 50 Favourite Songs of 2014... So Far!