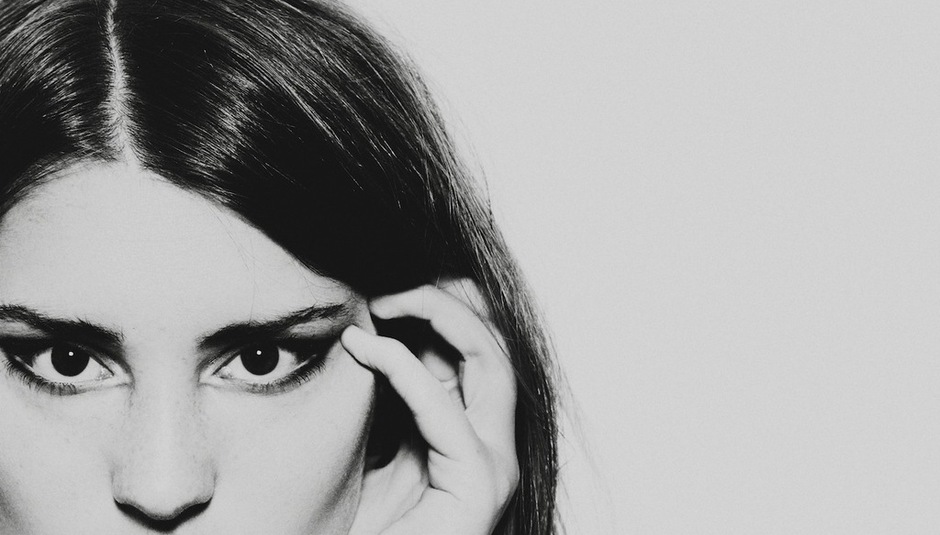 'Glimpse of Time' is taken from the Danish songwriter's forthcoming debut album, entitled May (pre-order your copy), which somewhat confusingly comes at the end of April (the 29th to be precise), via the reliably brilliant Anti- label.

As the above track and the shadow-play in the video may suggest, May is a self-produced record that serves up a special kind of sadness. It's easy to throw around soundbites and speak of 'a maudlin sprawl of shadows' or 'cascading flurry of melancholy' or 'a new Cat Power playing piano at dawn' but Broken Twin has found a dark place in which to dwell. Much like Elliott Smith's Roman Candle or some of her label-mates like Waits, Cave and Neko Case's more heartbreakingly sombre moments, she's ridden the undertow and managed to turn the monochrome ache that comes from living into something with subtle flickers of colour, and in doing so she's created her own twilight world that's enchanting and unexpectedly uplifting.

This definitely isn't the work of some doomed goth, marinating in her misery. Of the album title, Majke says "it represents a time of year that seems to fit the songs. Spring is a time when everything is changing. It's a hopeful season." Following a european tour with Daughter, and a great record in the bag, a blossoming future awaits.

Just to underscore this, here's a live version of my favourite track from the album: