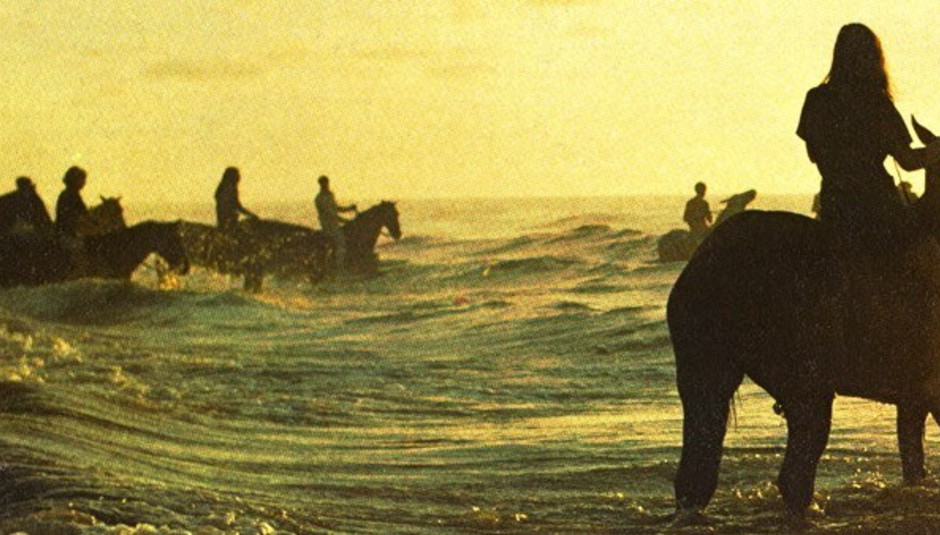 DiS' editor shares a playlist of "our picks" (ok, quite a few of them are his) from Feb '13, as well as the official Drowned in Sound album of the month, plus there's also a rundown of the most read editorial & threads: it's a digest, of the month that was....

Ah, so February, you are such a short month, but what you lack in length, you've more than made up for with girth. This month has been bulging with brilliant new records, and tantalising tidbits of as details emerge about yet more goodies to come later in the year (THE NATIONAL!!!!). Just imagine how hard it's going to be to pick an album of the year, but don't go wishing the year away quite so quickly, especially as this quick glimpse back at what has 'dropped' over the past four weeks will hopefully remind you that there is a lot to love and plenty to spend some time listening to before you zoom onto the next best thing...

This month's playlist features a sampler of some of our favourite releases this month, peppered with a few things we wrote about over the past 30 days - like the return of Phoenix and things we didn't, such as Ed Harcourt's new record, but we only didn't write about that because I released it on my new label CCCLX.

You have a choice of Spotify or RDIO to listen to this month's playlist via: In his 9/10 review, Robert Leedham wrote:

"...Not only is Holy Fire utterly sublime, it’s a record that’s been six years in the making. A record where Foals have focussed their many triumphs and missteps into one cohesive statement. Trace ‘Inhaler’s surge of grungey scuzz back to its roots and you’ll find Yannis Philippakis screaming “cosine waves" as ‘Mathletics’ reaches its chaotic climax. Add a righteous wave of life-affirming positivity to ‘Miami’s searing funk and ‘My Number’ fizzles into life. Even ‘Moon’ is ‘Alabaster’ reincarnated as a more melancholic beast. Foals have not reinvented themselves here. What they have done is refine their essence so that it can carry over 11 tracks. Holy Fire is deliberately paced in rhythmic waves which ramp up to a dizzying charge after the teasing ‘Prelude’. Cascading from the crunching thrust of ‘Everytime’ to the artful swirl of ‘Out Of The Woods’, the effect is to be caught in a perpetual state of breathless ecstasy. When this rush abruptly subsides with ‘Stepson’, its blissful comedown is all the more stirring..."

Hear tracks and pick up your copy over at foals.co.uk

p.s. Seeing how Foals is perhaps an obvious choice I'd like to double-underline quite how special the new Darkstar album is. Read Rob Leedham's interview with the band here and stream the album at the end of the review.

...And that's your lot. This monthly digest is aimed to be a catch-up for things you might have missed. We'd love to know what else you'd like to see included in the round-up. Comment below or - as we still haven't reactivated the troll wall around site sign-ups - over on our Facebook page or Tweet us @drownedinsound.