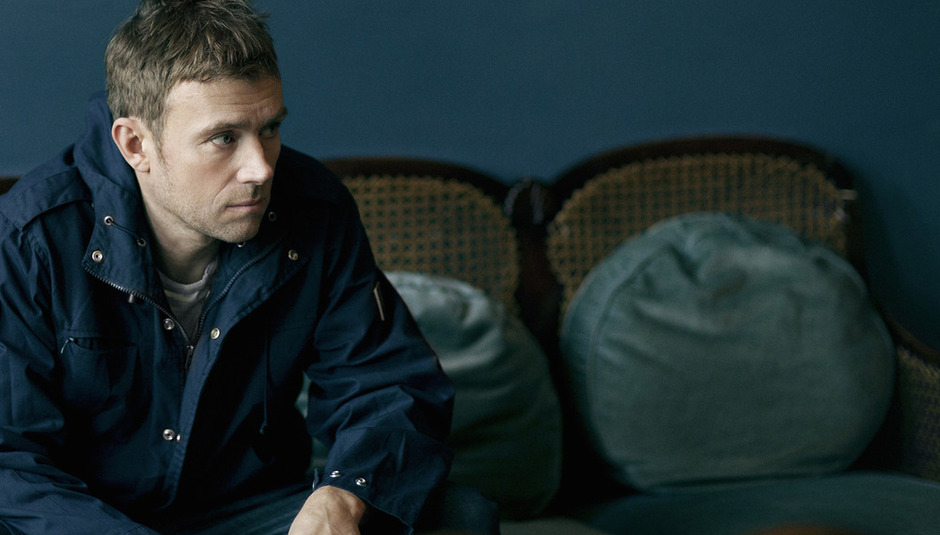 Ahead of this year's Mercury prize, DiS in partnership with Naim Audio's new wireless music system, mu-so, will help you GoDeeper into 2014's nominated albums. Today, we would like to turn your attention to Damon Albarn's first (or possibly 5th) solo album Everyday Robots.

Damon Albarn can write a song about a baby elephant if he wants to. There, I said it: Weirdly it’s a controversial opinion round these parts. We’re talking –of course- about ‘Mr Tembo,’ the lightest moment on Albarn’s Mercury-nominated “debut solo album” (two of those three words are debatable, but we’ll come to that later) Everyday Robots, dubbed by one DiS boarder as “that appalling elephant song”, and “the worst, most cringe-worthily embarrassing song ever recorded by anyone ever.” It seems a bit unfair- it’s not even the most cringe-worthily embarrassing thing Damon Albarn has recorded (Blur’s version of ‘Oliver’s Army’ is so bad Alex James, of all people, actually refused to play on it. And he wrote that Wigwam song.) This is a man that spent a decade pretending to be four cartoon characters (and then he formed Gorrilaz. AM I RIGHT GUYS…guys? Is this thing on?) and whose best song is about a handkerchief: on the Albarn-scale of ridiculous ‘Mr Tembo’ barely scratches the surface. And you know what? It’s completely charming, a moment of genuine lightness on a record that spends a lot of its time in a fairly dark place, dwelling on past regrets while simultaneously mourning a Britain/life/man that is receding into the distant past, replaced by world of mobile phones, second-hand contact and apparent soulessness.

At its heart it’s an examination of the receding of nature of both community and hairlines; a record only a man in his 40s can make, about detachment and despair. So if he wants to write a song about a baby elephant struggling to get up a hill in order to lighten the mood let’s bloody well let him.

We may have waited years for a Damon Albarn solo record but really we always knew how one would sound, and Everyday Robots does indeed conform to expectations: wistful melancholy, spidery acoustic guitars, African instrumentation and interesting beats. It was never going to be a punk record, as much fun as that would be. He’s been preparing us for this for years, in fact you can speculate for some time about whether this is even his first “solo” record at all: Albarn for all his auteur-bandleader-pain-in-the-arse reputation is an instinctively collaborative beast, more likely to form a new band than stick his own name on something, here co-producer Richard Russell was heavily involved in the creative process, and if Damon Albarn + producer is a solo album, then surely all four Gorrilaz records count too?

So what makes this the official first solo album as opposed to, say, the vinyl-only home-demo DEMOCRAZY he put out back in 2003 or 2012’s rather beautiful Dr Dee soundtrack, which was very much marketed as a “new Damon Albarn” album on its release (indeed that record’s ‘Apple Cart’ would sit comfortably on Everyday Robots). Both of those could arguably take the crown for the first Albarn solo release, as could Gorrilaz’ oft-overlooked 2010 release The Fall, an album so “solo” Albarn recorded the whole thing on his iPad in the back of a tour bus. The difference with Everyday Robots, of course, is that this is a remarkably personal work .

Solo albums are usually an opportunity to scratch musical itches your main project won’t allow, something Albarn has no real need of. Instead his solo experience is one defined by a lyrical honesty he’s not displayed in over a decade.

There Never Seems to be "One"

Albarn has spent a surprising amount of his career avoiding saying what he really feels - the first Blur album’s lyrics are largely nonsense (“I want to crawl all over her”?), while the second, third and fourth hide his real feelings behind cyphers and character studies; Yuko and Hiro, who never saw one another, Tracy Jacks who wanted to escape from it all, and Mr Robinson who, er, had a quango.

It wasn’t until 1998’s 13, and to a lesser extent 2002’s Think Tank that his soul really bled out of our speakers, and when it finally happened it was a torrent of heartbreak and sadness. Not surprising then that since the turn of the century Albarn has preferred to hide behind his cartoon alter-egos, or write more abstract concept records like Dr Dee, an opera based on the life of a sixteenth century mystic, and to a lesser extent The Good, The Bad and the Queen, a melancholic reading on Englishness and London (a perennial Albarn favourite). It felt like, outside of Blur, he simply wasn’t comfortable enough to talk about himself properly. With Everyday Robots that’s very much not the case, and that’s one of the things that makes it so special: It’s one of our best talents being emotionally and factually autobiographical, and unlike 13, which was red-raw, doing so in a sadder, more resigned and thoughtful way. ‘Hollow Ponds’ deals with displacement, a world where “half my road was now a motorway,”, a single mournful trumpet carrying you off into a sad, passing place of hot summers and changing futures, ‘Lonely Press Play’ takes solace in music, and considering how often Albarn must “press play” we can assume he’s very lonely indeed. ‘History of a Cheating Heart’ swims in guilt and responsibility (”I carry this upon my back, always,”) ‘You and Me’ seems to nod out in its woozy heroin haze, while the Brian Eno and Bat for Lashes-augmented ‘Heavy Seas Of Love’ swells in positivity it starts out from a place where ”your soul isn’t right”. When ‘Lonely Press Play’ increases its tempo into ‘Mr Tembo’ the lightness is more than welcome.

Albarn has always shunned the Mercury prize, withdrawing his albums or not allowing them to be entered at all, so in one sense his presence on the list is a surprise. In another, more valuable sense though, this is a record that deserves its nomination - while previous Albarn projects felt like something he was simply turning his hand to, just dabbling in like the traces of ritual magic in ‘Hollow Ponds,’ Everyday Robots feels like a document he had to create. It comes from a different place to most of his other work, personal, heartbreaking, thoughtful and satisfying - a record to be treasured, elephants and all.

Read our review of Everyday Robots and coverage of all of this year's nominees on our Mercury Prize 2014 mini-site.

Planet Gear: Polar Bear on the gear b...