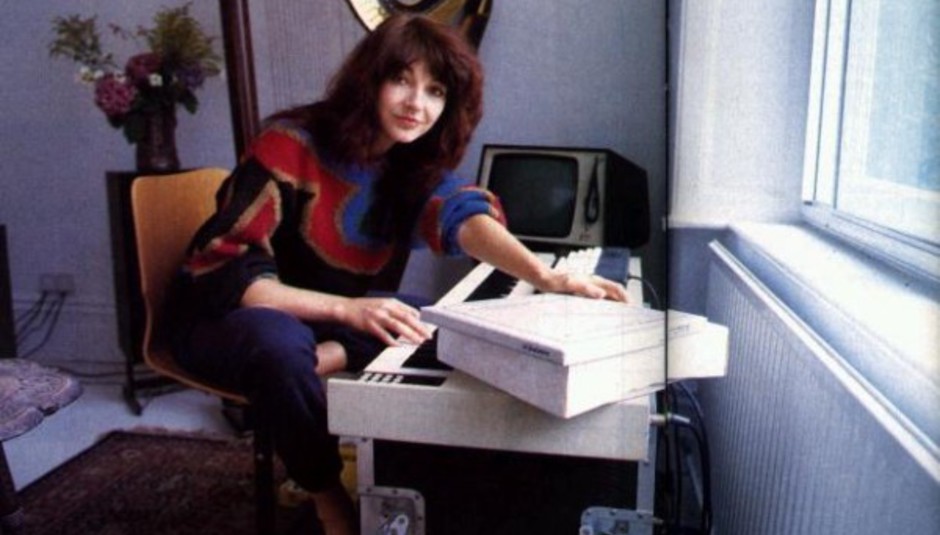 This week's content-themed Spotify playlist features 11 tracks, including some from Kate Bush, Allo Darlin', Los Campesinos!, Walls, Tycho...and then some! Click here to listen to it.

So Kate Bush returns with a new record next week and, you know what? Yeah, our Album Reviews Editor Andrzej Lukowski happens to think that it's rather good. He wrote: "Let’s keep it in perspective: in the 26 years since Hounds of Love, Aerial and 50 Words for Snow have been her only truly fully realised albums. Kate Bush is more than fallible; but at peak she is incomparable." Yeah, it's good. 9/10.

Let's not mess about here. Allo Darlin' really are treasures of not just the indie-pop world, not just the indie world, but the music world in general. We've said it before, but their debut album is almost an album comprised entirely of singles. And great ones at that. Anyway, the London-based band announced a bunch of UK tour dates for early next year.

Adam Bychawski described this particular LC! track as perhaps "the best LC single to date, besting any of its predecessors’ hooks, even if it’s not the first time Gareth has taken to his hopelessly obsessed persona (Rob/Sparky’s spoken word bit, I might add, is a nice turn)". And he could well be right. Their new record, Hello Sadness, is out this week and was reviewed here.

We might have mentioned it before, certainly last week, but Ghostly International is a label that continues, without fail, to "produce the goods". One of the year's latest and indeed best releases is Tycho's second album Dive. George Bass wrote that. "The Tycho sound is one of pink sunsets, shuffling hipsters and old video hardware - basically Boards of Canada washed up on the shores of San Francisco". I think you'd struggle for a more spot-on description than that.

OK, OK it's one of Summer Camp's oldest songs, but it's also one of their best. I mean, I love it, how can you not? Is there something the matter with you? Anyway, should you be partial to the ways of Sankey and Warmsley, then you'd be well advised to go and see them on their recently-announce UK tour.

Another new band we've been singing the praises of has been New Look, a duo. There was also a lesser-spotted DiScover piece about them which ran this week. Read what they had to say to Bronya Francis here. There's plenty to dig into, from talking about "Future Pop" to just generally chewing the fat.

A band who could never be described as "Future Pop" are Russian Circles. Can you imagine a Future Pop version of them? It would be quite something, I guess. Their new full-length Empros was released this week. It's pretty engaging, pretty heavy (though this is not the heaviest slice) and just generally pretty good. Read our review here.

Liz Green has what many might call an interesting voice. It's been a bloody awful long wait for her debut album, but it is finally here, an we can rejoice in it, for it has been well worth waiting for. This track only gives a sample of its depth, but it is a representative sample nevertheless. [David Edwards marked it 8/10])(http://drownedinsound.com/releases/16654/reviews/4144032) and I, for one, am inclined to agree with him.

Kurt Vile's Smoke Ring For My Halo is a massive reminder as to why he could fairly be claimed as one of the finest songwriters around right now. This track is just one example. He - along with a few other acts in this playlist - announced some tour dates for next year.

The very first time I heard of "gaberdine" was on that Simon & Garfunkel song, 'America'. Although I think that is actually "gabardine" rather than "gaberdine", so this little anecdote is rather spurious. Either way, Walls made us a mixtape this week and you can give it a little spin over here.

There were a couple of Factory Floor related tidbits this week. The first was that the track 'Two Different Ways' was named Single of the Week by Wendy Roby and the second was that we also aired the video to the b-side to that track which was kind of the same and kind of different.

Click here to listen to this week's Spotifriday playlist and here to browse through our gigantic archive of them.