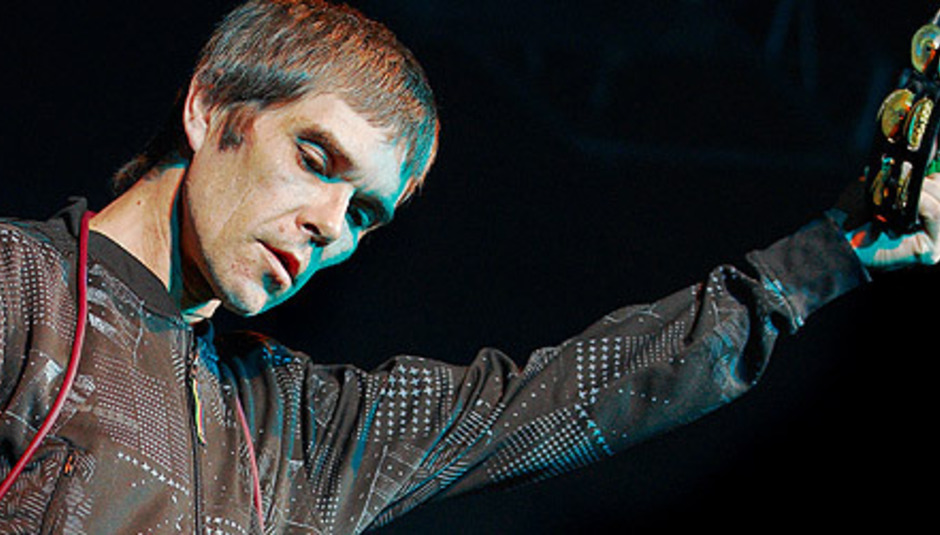 The Insider: The Stone Roses & The Resurrection Blues

The Insider: The Stone Roses &amp; The Resurrection Blues

Like Tamogochi kids wide-eyed with excitement at adding to their collection, The Stone Roses reformation raised barely a critical voice across the media and led to a frenzy of Roses related referencing that went as far as Match Of The Day to my knowledge (which is in itself fairly bizarre) and probably further. Those who were around the first time frenzied at the idea of reliving their youth, those who weren’t seemed to love the idea of wallowing in their parent’s, which, let’s face it, is fucking weird. Whilst much will be made of the amount of tickets sold and the speed they sold at, the suggestion that this was somehow an epoch defining moment was, on the one hand, a sign of the desperate straits in which music and media find themselves and, on the other, far too close to the truth to be comfortable.

There is something profoundly depressing about the NME (and others) suggesting that the Roses gigs will be the event of the summer, that the peak of their hopes for another year of new music is four forty somethings knocking out the best part of an album that was released before their (supposed) readership were, in the main, even a glint in a baggy boy’s eye and some of the other album that, until recently, was still regarded as a disappointment (- expect that to change in the coming weeks as well). On a purely visual level, there is something massively depressing about that NME cover shot. More upsetting is that, in terms of events, they may well be right, given that the likely competition for that title will consist of the following – Foo Fighters, Kasabian, Coldplay, Kings of Leon, Muse, Red Hot Fucking Chili Peppers playing in a big field. At least the Roses shows will involve a band in a big field that haven’t been seen in one since the 1996 debacle that was 50 per cent Roses plus session guitarist and go go dancer (choke) murdering their back catalogue – ‘like taking notes at a car crash’, as Johnny Cigarettes so memorably described it in NME at the time. The difference is that in that year, Underworld were three hundred metres away redefining the future and we could all move on to a new, exciting future. Not this time.

Whilst on the one hand I have absolutely no problem with four mates getting back together to play their songs, on the other hand was I the only one hoping for a little more bile from somewhere at the news or, at the very least, something beyond a ‘hire the band and put out the bunting’ take from the ENTIRE music related media (with very few odd online exceptions)? The wholesale swallowing of the ‘it’s not about money’ line as hospitality tickets went on sale, the clear intent to add into this with a few big festival paydays (I won’t spoil it by saying where but be assured the industry is well aware of what comes next), the inevitable repackaging of the meagre and exhausted back catalogue, the no doubt summer full of monkey walking retreads, living a culture from 20 years ago in the absence of anything to feed into themselves? I usually look to see lights at the end of tunnels when I write these pieces; this reformation offers few, not in its actuality but in the response to it.

If you are on Facebook (as you most probably are) you will have already noted the sponsored content announcing the reformation which has now sat there for two weeks and counting. Perhaps you have ‘Liked’ The Sun’s Facebook page to be in with a chance of winning tickets. It’s all very well for Ian Brown to shoot at the easy target of a Daily Mail journalist in the press conference for a few titters from the associated ‘cool’ music writers but being endorsed by Rupert’s flagship right wing tabloid, with its endless diet of paedo scares and borderline racism is not exactly flying the flag for the counter culture. As to the ‘hospitality’ tickets on sale alongside the standard tickets, ‘One Love’ seems to have transmuted to ‘Two Loves depending on income’ and I hope Ian and friends can swallow the presence of corporate days out when their ethical roadshow rolls into Heaton Park in June. ‘This Is The One (for RBS and HSBC)’ eh Ian? As to other outlets, NME clearly has a stock of tickets for competitions and is on cover number two of two weeks so there’s little chance of any alternative viewpoint from them outside of the freelancer’s Twitters. The sad truth is that, in the main, the potential bankability of a band with their stature is such that I wouldn’t expect any negativity for the rest of next year from the bulk of the music media in its widest sense; regardless of how good or bad the gigs are too much is riding on staying in the tent for too many people. I don’t ever expect truth from music critics but I certainly didn’t expect compliance.

Of course, the dead eye of finance lies at the heart of much of this. For all the talk of the live circuit being inured to the chaos rampaging across the rest of music, the truth is far less prosaic. Live music is as in the can as everyone else and may actually be heading for a worse place than music sales. One very big festival promoter has made it clear to colleagues that they are braced for significant losses across the board in 2012 having just about made it work this year. Small venues are struggling to keep going and many mid-sized venues and promoters of all sizes are on their arses, quite literally. In such a landscape, the return of a guaranteed seller of hundreds of thousands of £60 plus tickets is a very good thing. So, if you are Mr (there are no Mrs.) Festival promoter, a Stone Roses headline performance may set you back the best part of a million quid (almost certainly and perhaps more if you are dual site) but it’s a far better investment than pretty much any other band available to exhort the masses between June and August of 2012. Sure, the four at the centre may be doing it to get something back that they once had but the suggestion that finance has played no part is akin to suggesting that NATO backed the Libyan rebels purely because they believed in their cause. If you are a magazine or newspaper music section editor with falling circulation or a music site trying to get noticed amongst the herd then Roses interviews and chance to win tickets to ‘The Gig of The Summer’ make your self-fulfilling prophecy a nice little earner.

Irrespective of the motivations, the chinking of money bags or the ego led reclamation of past glories, in cultural terms, this can only be a very bad thing. Every generation has had to prise the zeitgeist from the hands of its predecessors and did so rather well up until recently. Whilst it may be a hackneyed and childish narrative, the facts of hippies doing for mods and rockers, punks doing for hippies and so on didn’t just refresh and reinvigorate music, it rejuvenated culture as a whole. Each new twist came equipped with more than just new tunes and rhythms, it took in attitudes to politics and culture, meaning and relevance that helped to shape movements as diverse as CND, Anti-Apartheid and famine relief. The Stone Roses themselves blasted a four foot hole in the indie scene, pushing aside the bookish stay at homes by flinging technicolour laddism mixed with political nous (hence the lemon cover reference to Paris ’68 on the debut album / ‘Elizabeth My Dear’) into the mainstream via the counter culture. Not only that but they dragged the likes of Happy Mondays / Primal Scream / The Charlatans and more after them. Now, through no fault of their own I stress, they are very much part of the problem. Whatever Ian in particular seems to think, there is no route for a band in their position to reinvigorate anything aside from manager / promoter / agent / their own bank balance and, to be fair, to give a lot of people a good night out or two. Pop music is not a medium for the middle aged to make a difference in the way The Roses did in 1989.

When we have blanket acceptance in all areas of the mainstream media that the key moments of recent times are the Pulp and Blur revivals and now The Stone Roses, culture is clearly in a particularly bad place. The ability of new ideas to break through to the general public is stifled by endless waves of shallow nostalgia polluted by financial imperatives and waved through by a compliant and toothless set of critics and commentators who either want the world to stop so they can pretend to be 20 for eternity or are part of the marketing team and thus totally unable to pass any kind of meaningful comment on what is happening. The current forty-somethings have a tight grip on the mainstream agenda and, worryingly, no one seems able to get them out of the way.

As several folk of my acquaintance have pointed out, part of the long term band career plan now is choosing when to split up. The likes of Pulp but, to a lesser extent, even Shed Seven and Ned’s Atomic Dustbin have shown that a well scheduled ‘all mates together’ tour can be a lucrative money spinner for bands who were heading nowhere on their demise. That, in itself, is not a problem. When such things are regarded as being of primary cultural significance it is. We are very close to drawing a line under the progression of mainstream progressive music. That is not just bad news for music, it is bad news for culture as a whole and leads to a greyer and less dynamic future for all.

P.S. After this was written it was announced that The Ordinary Boys have reformed for a December tour. Which says it all really doesn’t it?