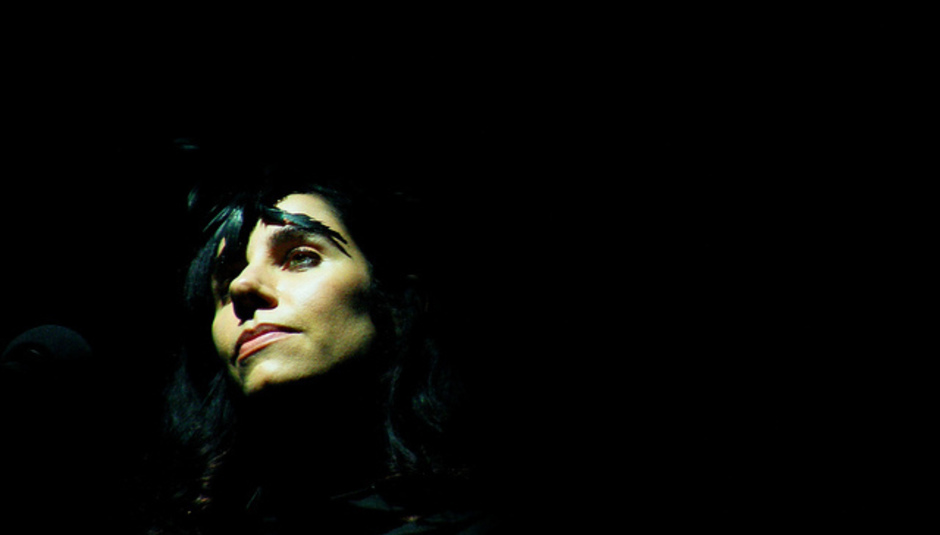 This week's Spotifriday playlist, formed from the content this week. It features SBTRKT, Ghostpoet, Laura Marling, Dels, Grace Jones, Beethoven and a few more. Click here to listen to it.

It was a big week for SBTRTKT. Well, kind of. He managed to scoop the Neptune prize in the most democratic fashion, that is to say being voted into victory. Then there was also the video for this track in particular, which you can have a peek at here.

It's always a please to have former Editor Mike Diver come back on board the good ship Drowned in Sound, no more so than when he is picking the brains of the country's brightest, such as Ghostpoet here. Mercury-nominated Ghost Poet in fact. Read the full article here.

So, Wild Flag is a supergroup, as has been said before. Made up of members of many great bands, including a couple from Sleater-Kinney. But all of that shit is in the past, man. Why can't we let it run? Well, we're going to try. And we're going to start by linking to the video for their track 'Romance'. This is a good start.

Probably one of the best opening tracks to one of the best albums of the year, don't you think? No? Well I do. And the good news is there's more from Mr Vile this year, in the form of a new EP.

Now, this might not be the strongest individual song on PJ Harvey's Let England Shake, but I do feel it's one of the most important. Possibly the most mournful, anyway. But Peej doesn't have much to be mournful about at the moment, as she won the 2011 Barclaycard Mercury Prize. Read more about our experience of the ceremony here.

This is a pretty old Laura Marling track. In fact it might be her very first single. Laura's moved on a fair bit since this album was released, though. And mostly in a good way. You can read our full review of her new album, which is released soon, over here.

Grace Jones reworked her entire Hurricane album to come up with Hurricane / Dub. It sounds simple and I'm sure it probably actually was. But it's still pretty good, as our verdict shows. Well, not shows, but explains, at the very least.

Any review which starts with "Vangelis has a lot to answer for" is alright by me. That's how Abi Bliss's review for electronic duo Roll The Dice's debut album started. How it ended? Well, you'll just have to read it for yourself.

Yep, this was Single of The Week. Wendy Roby had this to say about it. Plus a lot more. "'Capsize' rattles with percussive ideas and judders with what sound like the very cranks and cogs of The Machine - shifting and re-writing those little snippets of legalese that only start to matter to you personally when you try to return a library book, only to find it entirely staffed by W.I. ladies; jam on everything. Or find your examinations have been sponsored by Amstrad. Still, free calculators! If you save enough democracy tokens! (They’re not for you, peasants.)"

This is the kind of song title you believe to be throwaway before reading further, to find that these Norwegian noise-makers released an album named after a text by Georges Bataille, a philosopher type person. Yeah. It's also perhaps their poppiest track yet, but also one of the strongest on their very strong Solar Anus, which Kev Eddy awarded 9/10 earlier this week.

Yep, this is a Beethoven track. Not sure I ever thought the day would come when I'd be sticking this in one of these lists, but here we are. The reason for it, would you believe, is that this week we ran our first ever Classically-focused column. It was wonderful and classical in itself, in many ways. Dip in our read the entire thing here.

Click here to listen to this week's Spotifriday playlist and here to browse through our, quite honestly, gigantic archives.