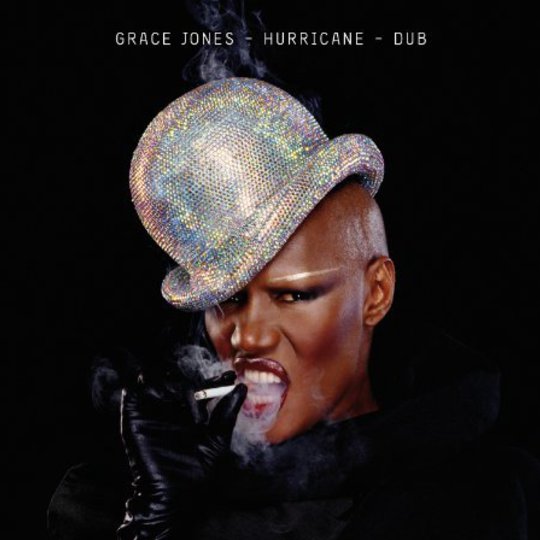 As a youngster, I spent years wondering why in A View To A Kill James Bond was boning a man. Grace Jones played the androgynous villainess 'May Day', whom according to the writers was 'the product of a Nazi genetic breeding experiment which gave children great strength and intelligence at the expense of making them psychopathic'. Assuming that engineering a race of angry, superhuman black people was top of the Nazi agenda, it was as plausible a backstory for unearthly diva Jones as any other. That is until 22 years later, on 2008's electro-rock extravaganza Hurricane, when Jones set the record straight. Scattered between emasculating fare like the title track and 'Corporate Cannibal' - self-referential tributes to an omnivorous libido and Gracey's mad royalty – the autobiographical 'William's Blood' and 'This Is' depicted a childhood of religious repression and strong females role models to account for Jones' hell-raising liberation in New York's disco scene. It would be much earlier in my life that "The bubbles tickle my . . . Tchaikovsky!" was accounted for. Oh, Bond. You knob.

So if any brave soul was to dub-deconstruct Hurricane, thus rendering her hallowed origin story a marginal presence, to succeed it might take 007 himself. Or failing that, royalty to equal Jones' queenly pedigree. Handy then that producer Ivor Guest is by title the forth viscount of Winbourne, and also lover to 'the original Lady Gaga' - arguably a more manhood-shrinking prospect than all the crotch-aimed lasers under the sun.

How he takes his Martini is irrelevant - Guest goes at his paramour with all the prowess of a 60-year old Italian gigolo. Deftly he contorts Hurricane's nine tracks (included here) into fresh articles which nevertheless serve to expand on the narrative/sonic ideas driving the originals. For example, on his reworking of the afro-conscious 'This Is' ('This is Dub') he puts the onus on the tribal elements of the original, foregrounding the glitchy wildlife sounds while Jones - operating as a kind of wind-carried spirit - haunts the golden savannahs conjured by fellow Jamaican aces Sly & Robbie. Similarly there's 'William's Dub' (from 'William's Blood') which retains its predecessor’s rhythm but transforms the vaulting gospel into a heaving liquid - the bass region dark and rich as if the creeping ooze of Jones' warrior blood.

Many of the treatments even improve on the source material. Most of Hurricane Jones spent letting us know who's boss; demanding your complete attention with crawling menace pitched somewhere between Massive Attack and the The Rocky Horror Picture Show. “Pleased to have you on my plate” she purred on 'Corporate Cannibal' “...I'm a man-eating machine”. However, midway through Hurricane she dropped the mecha-shagging schtick for earnestness, and a more homely aesthetic to suit, light years from New York's seedy neon fantasia. There was a New Age bent and an adherence to the Winnie Mandela-esque model for female empowerment. She like, really cared, man. She is woman. It's these tracks, amongst the most ordinary on Hurricane, that benefit most from the trippy dub atmospherics. Whereas before 'Sunset Sunrise' and 'Love You to Life' were plain, Guest sexes them up in the studio - upping the 'dread' factor with pumping, sputtering bass bits and skin-crawling electronics. There's also a small Gordon the Gopher squeak that pops up every now and then. Which is totally weird and really funny.

It works both ways, however, with Jones' more formidable moments on Hurricane sedated and beautified to their detriment. 'Grace Jones doesn't do "ambient", darling' you can imagine her saying. The title track, formerly dripping with purpose, is listless and inert without the strings or Jones' vocals at the wheel, while the previously monumental 'Devil In My Life' isn't quite so devilish after Guest is done with it.

Regardlessly - totalling 19 tracks, including bonus original 'Hell Dub', Hurricane Dub makes excellent dollar-sense if you missed Hurricane the first time around. For longtime fans, a dubbed-out Grace Jones begets an exotic retelling of her myth, like painting a Sherman tank in watercolours - sure it's pretty, but under those runny dub brushstokes is hidden a killing machine.