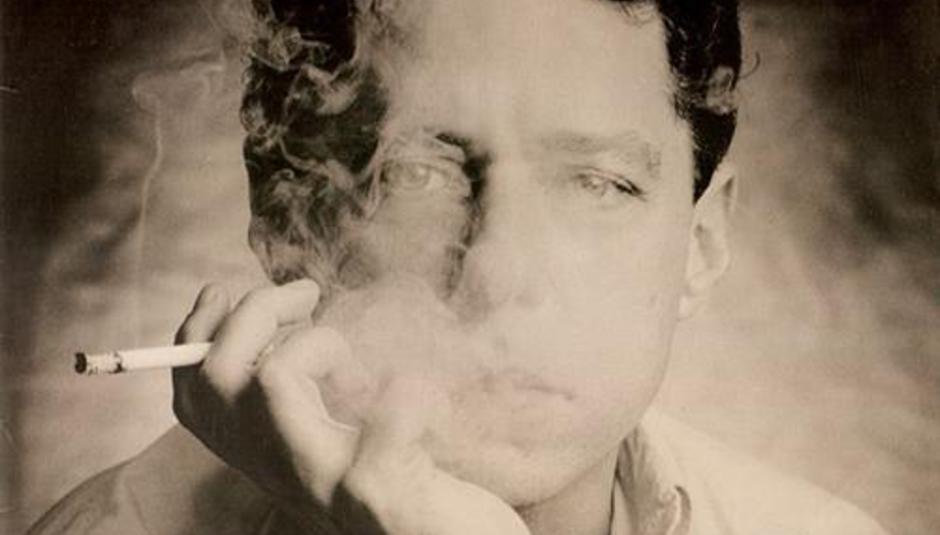 As part of today's Beirut takeover, bassist Paul B. Collins, who also has a Brazilian Tropicalia project called Soft Landing, shares ten Brazilians that he respects and/or adores...but first, here's Paul with a quick introduction...

Upon reaching the LP rack labeled "Brazil", a special joy washes over me. I fantasise that some foolish Brazilian just gave up their record collection, and that I have come across a treasure trove of Samba Soul, Tropicalia, and MPB. Unfortunately, it is usually just the same dusty stack of Sergio Mendes records, peppered with the occasional 1980's Milton Nascimento effort.

Nevertheless, every now and again, one of the old ones will pop up. Jorge Ben's 'Africa Brasil' came to me in Portugal. Cartola's first record came to me in New York (a Japanese pressing). I even managed to save a Gilberto Gil early 70's hits collection from a strip mall in Albuquerque, NM. In these moments, I feel a great happiness.

It is unfortunate that it takes the digger to find these things, because at it's core, Brazilian music is for everyone. An album has never been more danceable than "Africa Brasil". A voice is rarely as sad and beautiful as Cartola's. Even at it's most pretentious (i.e. Tom Zé, or even Jocy de Oliveira), Brazilian music always maintains a certain unbridled enthusiasm, that isn't consistently present elsewhere.

You probably have a friend who is a Brazilian music fanatic. If you don't, get one because that person is probably pretty cool. If you haven't been exposed to this music before, have that friend of yours help you along. I have been fortunate enough to have many guides. Now, with the internet, it is even possible to hear things that will never be repressed ever again.

I hope this list of musicians is enlightening to you in some way. These artists have influenced me, and certainly influenced Beirut.

Cartola is the greatest. He was a samba star early in his life. After some terrible times, he stepped away from music. Years later, a music critic found him working in a parking garage. Cartola came back to music. He finally released his first album in 1974. His first two records are essential listening.

I have included the video for “O Mundo é um Moinho”. The clip is taken from the fantastic Cartola documentary “Música Para os Olhos”. In this clip, he reunites with his father and plays him this heartbreaking samba. I would suggest that you take the time to translate his lyrics. Even a simple GoogleTranslate reveals lyrics of unimaginable power.

I tried to stay away from the Tropicálistas with this list. Names like Caetano and Gil are staples for most of us. There is much to explore there, but I will assume most of you already have.

Jorge Ben Jor, was kind of part of that movement, but never completely invested in it. He was on his own, left to explore music in his own unique way. At first he did straight bossa-nova, but later evolved into a form of Samba-funk. “África Brasil” and “A Tábua de Esmeralda” stand up as two of his great achievements.

Unlike a lot of the other Brazilian artists of his period, Chico Buarque is incredibly well documented. If you walk into any book store in Rio, or São Paulo, you will find multiple Chico music books and biographies. His television appearances didn’t seem to get lost either. I guess that is because he has always been viewed as high art, as opposed to the Tropicálistas.

Nevertheless, the man was a rebel. We often hear the story of Caetano and Gil being exiled to London. Interestingly enough, at the same time Chico was exiled to Italy. It was there that he recorded an amazing album with none other than Ennio Morricone.

Chico Buarque’s work is very literary, and sometimes hard for people outside of Brazil to hold onto. For me, the Ennio record was key to my understanding of the man.

Jocy de Oliveira created some of the strangest Brazilian music that I have been fortunate enough to come across. She was a concert pianist as a child, and played with Stravinsky and even John Cage. “A Música do Século XX” was my introduction to her world. The album is basically an Avant-garde Bossa Nova record from 1959.

I often get so wrapped up in MPB that I often overlook the great experimental output of Brazilian music. I admittedly don’t know that much about it, but I definitely want to make it a point to learn more.

Vinicius was a true writer. He was a Poet, essayist, playwright, and lyricist. Most of the world knows him as the man who wrote the play Black Orpheus. He is also behind such wonderful Brazilian standards “Garota de Impanema”. “A Felicidade”, and “Chega de Saudade”. He is debatably the most important lyricist in Brazil’s history.

He did a record with Baden Powell called Os Afro-Sambas. It is perfect. I was lucky enough to snag a copy of it on vinyl while roaming the streets of Lisbon. The video I have included is Vinicus and Baden doing the song “Canto de Ossanha” from that record. Vinicius has a drink in hand, and it seems that they are an amazing time.

While in Brazil, Beirut was taken to a Samba party in Rio. We were told that the neighbourhood was dangerous, and we should definitely be keeping our wallets close. I brought my hand held recorder and taped the whole performance. It was an amazing night. It was the most transformative audience experience I have had since seeing Need New Body play in Portland, OR circa 2004.

On listening back to the recording, one song stuck out amongst the rest. The audience held their chatter, and instead, sang along. That song, I came to find out, was 'Jurar com Lágrimas', by a sambista named Paulinho da Viola. His records are really great.

Erasmo Carlos was a towering figure. He was a giant man, who co-wrote some of the biggest Brazilian rock songs of the 1960’s. Roberto Carlos (no relation) was his partner in crime. Together, they lead the Jovem Guarda movement. It was essentially the earliest attempt at pulling American Rock’n’roll into Brazilian music.

I still haven’t really gotten in to Roberto’s work, but Erasmo’s solo stuff is awesome. His record, “Carlos, ERASMO…” is as big sounding as anything else going on at the time.

This reminds me, check out Soul Jazz’s excellent compilation “Brazil 70”. It is where I first discovered the brilliance of Erasmo Carlos, among many other Brazilian greats.

This guy was nuts.

He is a true legend of Brazil Soul music, who eventually drifted into a LSD cult known as “Racional Culture”. That is when his work, really begins to interest me. Songs like “Imunização Racional (Que Beleza)” and “Bom Senso”, destroy me. They are as brash as they are danceable, and still classics in Brazil to this day.

“Disco Club” is another wonderful late era Tim Maia record. The video I have included is from a televised performance of “Ascenda o Farol”. It’s a funny video, but don’t let it fool you, this man was a genius.

Clementina was a cleaning lady. She worked in the same house for nearly 20 years until finally, at the age of 63, she got her big break as a singer. Her fame late in life is reminiscent of the story Cartola, who I mentioned earlier.

The influx of interest in Samba singers in 1960’s Brazil reminds me of the USA’s renewed interest in Delta Blues during the same time. In Caetano Veloso’s autobiography, he claims that MPB had a lot to do with putting these people back in the spotlight. Nevertheless, what makes Clementina extra special, is that she was never in the spotlight in the first place.

I love MF Doom. His music hit me really hard when I was attending the College of Santa Fe. His raps were hilarious and dense, and his beats were thick as shellac. It was perfect blunt-laden hip-hop, for my developing mind.

Born Like This was my first post-college DOOM record. It hit me strangely. I didn’t know what to make of the music that seemed to get so much darker than it ever had been. Yet, the track “Still Dope”, soared out of the speakers. Flutes actually sounding dope, that was a first for me. I later found out that Arthur Verocai (a favorite of Doom and Madlib) was behind the source track “Seriado”. His self-titled 1972 record is an true gem. It is currently available on vinyl via Luv ‘n Haight records.

This piece was written by Paul B. Collins of Beirut. Paul also makes music as Soft Landing, whom you can hear below and find out more via http://www.softlanding.bandcamp.com