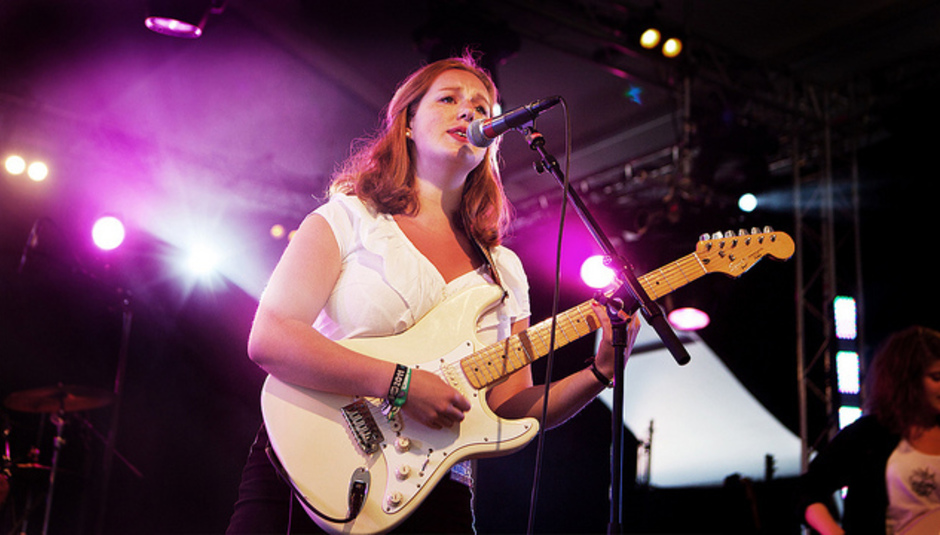 This week's Spotifriday playlist featuring delights from the likes of Toddla T, Razika, Grandaddy, Darren Hayman, Oneida and then some more. Click here to listen to it. I advise you do.

This particular track was awarded Single Of The Week way back when (actually it was this year, I am certain) but the album itself isn't such a bad collection of songs, either. At least according to John Calvert who gave it 8/10. But what do you think?

These Norwegian girls are very young, and actually pretty good at writing a song or two. Their record Program 91 is kind of a pun. Or rather it's a repurposing of the Bergen band Program 81, but with the year of their birth. Neat, huh? Anyway, Jazz Monroe liked the album, read his full verdict here.

Tell you what, if there has been a finer album made in the past 15 years than Grandaddy's The Sophtware Slump then I am yet to work out what it is. I'm sure some of you will have some answers, but still, it is almost flawless to me and many others. These others include our very own James Skinner, who awarded the re-issue full marks. It's a shame it couldn't go any higher than ten, in truth.

Does everything Stephen Malkmus touch turn to gold? Probably not. Is he a worthy character. Yes, he is. His solo career has almost certainly been the best out of anyone from Pavement, perhaps for obvious reasons. He and his Jicks have added another record to their discography with Mirror Traffic. Our verdict was complimentary.

This is a song about COCAINE, or so I am told. There were plenty of rumours flying around this week about a possible Black Sabbath reunion, with the original line-up. This was then denied by various members of the group...and the whole thing moved back to square one. I'm not sure the world would be better off if this happened or didn't. Regardless of all this nonsense, we spoke to Mr Tony Iommi. Read the interview here.

This wasn't Single of the Week, but Wendy Roby did like it. She said: "‘I Know I Fucked Up’ is about revenge and deliberate sabotage, it mentions how breakable plastic is and says things like ‘Look what you made me do’. You could almost imagine it sung on the doorstep, just before you enter the flat to see the extent of the damage. And it’s a good, helpful, cautionary image; here is Elizabeth out of Allo’ Darlin with her arms outstretched in the door frame to stop you getting in, balefully singing to distract you from the trail of destruction, getting in a quick apology for all those records, smashed to bits - just in case her song could stop you realising what a massive loon she’s become". Read more about this week's singles here.

It's often quite a trouble to find and an ambient/drone/noise track short enough to fit into one of these playlists. But it sure is fun. Oneida played at this year's OFF Festival in Poland, from where our scribe Rory Gibb has just returned. Read his full review of the festival here.

Barn Owl are another band who love the sprawling track. That, too, is something we should revel in as much as is possible. They have a new full-length on the way through Thrill Jockey and you can hear a track from it here. Oh, you can download it, too.

More Throwing Muses goodness this week. We were promised a full-on tour when they announced the release of Anthology and that is what we are getting. It includes quite a few dates in the UK, actually. This is no bad thing. No bad thing at all.

Johann Johannsson is just one of a number of Icelandic and international artists who were announced (there were 50 in total) for this year's Iceland Airwaves festival. Read more of them here. My advice would be to go, if you can. Sound advice.

Click here to listen to this week's Spotifriday playlist and click here to browse through our massive archives.