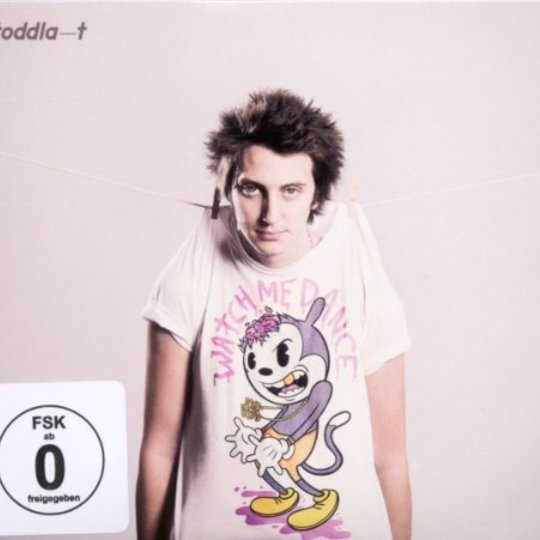 Continuing on from a debut album of effervescent sound-system pop, Toddla T's big and bountiful follow-up depicts UK street culture at its most warm, colourful and positive. Watch Me Dance pinballs between moments of preening boisterousness, humour, ostentation and soulful sophistication with such good-natured glee it's hard not to get involved.

Like DJ Switch buzzing on a summertime-in-London vibe, the aptly-named Watch Me Dance sees the producer throwing about every shape in his arsenal, working scattergun-like through rave, Seventies r'n'b, lover's rock, dancehall, deep bass funk and more. A roving, richly diverse concoction, the grab-bag method betrays the work of a producer-for-hire rather than a master stylist, but however non-committal the overall statement, it's of little consequence considering the producer's knack for the infectiously snazzy.

It might be missing the sheer hooks offered by dance-pop heavyweights like Calvin Harris or Example, but by the time the fairy dust runs out towards the end, the Sheffield boy-wonder has rolled out more than a few summer standards. Amongst the highlights is the soul-funking title track, which comes across like a Busby Berkley production with Nike duds makes and makes for a head-turning entrance - kicking the doors open and letting the laydeez drink it all in before wringing a shoulder-flicking performance and a cool refrain from a singing Roots Manuva. Next is piano-lead raver 'Take It Back', Shoala Ama leading the charge as the girls get their own back, even if the air of finger-wagging sass is spoiled by pleading lyrics. Elsewhere 'Bad Man Flu' is a parping banger custom made for club hi-jinx, while the producer's Soul-II-Soul fetish is brought to bear on 'How Beautiful Would It Be' featuring a cameo from Ms Dynamite. 'Do It Your Way' goes from Womack-inspired seduction funk to breakbeat and back again, with another gargantuan female vocal performance courtesy of Brit-soul perennial Terri Walker.

Less thrilling is the sparsely cute but inconsequential 'Body Good' which is basically meat in the room, and 'Cruise Control', where the talents of grime-boy Maxsta and a gruff bass drop are shat on by Jamie George's slightly detestable singing. 'Cherry-Picking' schlepps about on a trite bass thump, with the goofy sonics clashing with Roisin Murphy's icily sexy vocals, while roots reggae effort 'Fly' is heartfelt but flimsy. 'Streets Are Warm', with its message of tolerance nevertheless lacks gravitas, however prescient the plea of "Mr Government, tell me, why are the streets so warm?".

It's obviously an intentionally dated sound - a preference for veteran vocalists is telling - but what it does serve to highlight is the transformative effect dubstep and other developments have had on the landscape. The occasional appearance of cheesy beach-bar dancehall, as on 'Lovely Girl', alongside the air of tops'n'tails razzmatazz and the predominance of soul/patois vocals, locates the album around a decade behind the Tinchy/Tinie axis of post-grime starch - stuff you feel is designed with an American audience in its crosshairs, whereas Watch Me Dance could only be British. UK urban simply doesn't sound like this anymore, or certainly not as lush at any rate. There's retro thrills to be had in the emphasis on old fashioned songwriting and organic instrumentation (at points reminiscent of a dancehall Jamie T) while the musicianly production - purged of autotune, wobble-bass and lurching post-Guetto choruses - also makes for a refreshing change.

An escapist Jamaica-pop lark with a traditional bent and a big heart, in the realms of good-times bass you could do a lot worse than the classy and charming Watch Me Dance.