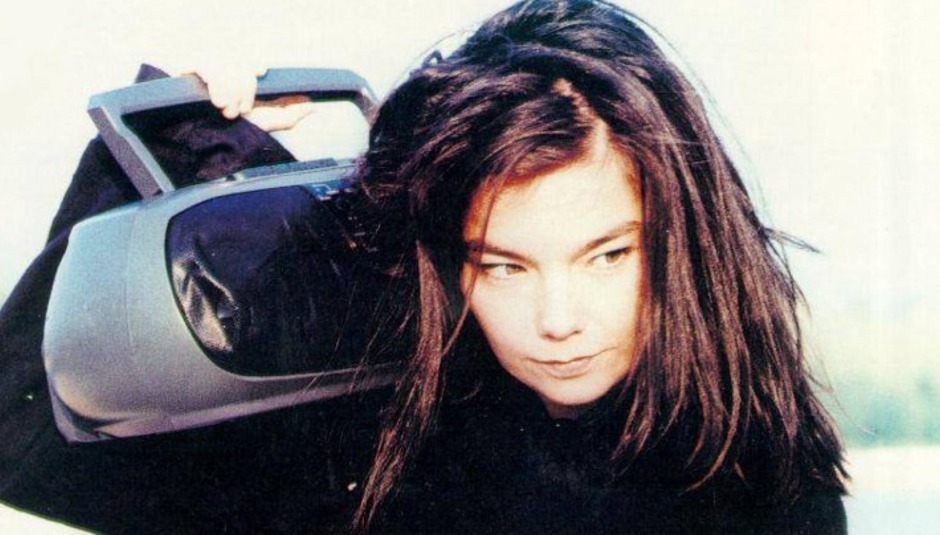 Aaah, the morning after the Guinness the night before. Don't know about you but I'm in the mood for some nice ambient 'jams'. It's the end of the week, it's the playlist (here) of what we've covered on DiS over the past seven days and yeah, it's rather 'chill'...

Ryan Adams 'The Shadowlands'
Let's start this gently, and leave you to wallow in your post-St. Patrick's hangover. Perhaps this morning you're hopeful you'll procure a ticket to Ryan Adams' forthcoming UK tour, which went on sale this morning. Did you get yours yet? And whilst I'm asking questions, which of the 437 albums he released since Love is Hell are worth spending some time with?

The Smiths 'Cemetry Gates'
"...it all goes back to Morrissey doesn’t it, really, Cemetery Gates, 'Keats and Yeats are on your side.' I think there’s been an interest in literature among indiepop musicians for years. I mean, libraries are one of the last great free arts institutions aren’t they, they’re cultural hubs for a community." Read the full interview with Matt Stead, who is putting on a festival, in a library, this weekend. He don't think much of Call Me Dave's "big society" concept...

The National 'Anyone’s Ghost (Live)'
Yeah, so Latitude festival is gonna be a bit good this year. Yeah?

The Frames 'Revelate'
Yesterday, as I said ^up there, was St. Patrick's day, and with help from the DiS boards and our @drownedinsound followers on Twitter, I compiled a playlist of some of DiS' favourite tracks by Irish acts. The Frames, might just be one of our favourite (massively under-rated!) acts and at times, it's hard not to think of them as The National's brothers from another mother.

My Morning Jacket 'It Beats 4 U'
Also sneaking in to this mammoth Latitude announcement this week was the return of MMJ. Easily one of the finest live bands you ever will see, trust me, I'm a 'journalist'.

Björk 'Desired Constellation - Ben Frost's Mix'
Bjork is back. Björk is back! BJORK IS BACK! And we love Ben Frost 'round these parts too.

Nicolas Jaar 'Too Many Kids In the Dust'
This record has been picking up appreciative swoons for a while, most recently on our boards and in Joe Marshall's always fantastic Articulate Silences, Ambient Sounds column. We've not 'reviewed' it yet, shame on us, etc...

Tim Hecker 'The Piano Drop'
Might as well keep things on the down-low, especially if you've got whiskey still whirling in your head and Guinness grumbling in your belly. Ravedeath,1972 received a great review earlier this week, and it truly is a special record...so says me!

Luke Abbott 'Sirens For The Colour'
This week 'we' announced the first of our three nights at The Great Escape festival which takes place down in Brighton in May. DiS has done stages here every year of the event, with bills ranging from a first on slot from Laura Marling to Crystal Castles and Gallows tearing the seafront up, through to Mount Kimbie's glorious set last year, just before Rolo Tomassi. That's not to mention the likes of Cooper Temple Clause (RIP) and Idlewild and various other DiS favourites. Anyway, this year we hope you'll like the bills we've/I've put together with the festival organisers. Luke Abbott made one of our favourite records of last year, which pulses, ebbs and pulsates some more but in a gentle, 'drone' sort of way. He headlines our Thursday night. Full details here.

worriedaboutsatan 'Heart Monitor'
Longtime favourites of our messageboard (and erstwhile members of the community themselves) this Leeds-based duo make our hearts flutter and we look forward to seeing them and hearing some tracks from their new record down at the Great Escape.

Seekae 'Void'
Hauling themselves all the way from Australia, DiS is very excited to welcome Seekae to the UK on the first night of the Great Escape. They come fresh from a tour with Mount Kimbie, and well, have a listen, as there's something pretty special going on here.

Star Slinger 'Longtime'
This blogger's favourite also joins our first night at the Great Escape with his post-GirlTalk party vibes.

Raekwon 'Butter Knives (Explicit Version)'
I guess you can't really say a phrase like "another consistent and occasionally inspired body of work..." constitutes so-called 'mad props' but the rest of the review is a bit more, yuhknow, nice. Said review is here. And our chat with Raekwon is now up too.

Justin Bieber 'Runaway Love - Kanye West Remix'
I'd be surprised if there isn't already a version of the Bieble being written but if not, you can steal that idea for nadda. Raekwon also features on this track, and yeah, it's like totally 'meta' and shiz. Have a little looksie at what Raekwon had to say about Justin Bieber in our interview.

Flying Lotus 'Massage Situation'
This aqua-crunk superstar is amongst the names announced for ATP's Nightmare Before Christmas. Bit weird thinking about December in March, innit?

UNKLE 'Another Night Out (feat. Mark Lanegan)'
This week we 'launched' a 'world first' in the form of a music news mixtape. It opens with Nick Cave doing a little number with UNKLE. This isn't that track so click the link to the tape and have a listen.

Josh T. Pearson 'Sorry With A Song'
After last Friday's 10/10 review, the record came out, and people liked it. Maybe not 10 outta 10 loved it but there were approving nods on our boards.

Mogwai 'San Pedro'
They made a video for this song. We posted it.

Richard Skelton 'Of The Last Generation'
The thread about this life-implodingly beautiful record was bumped, so consider this a vague excuse to justify putting a track on this week's playlist.

BONUS TRACK: Weezer 'Interview - 107.7 The End - Blue vs Pinkerton'
Do you remember when albums had hidden tracks? Do you like Weezer? Well, if your answer to both questions is yes, you probably have already bought tickets to see them at Brixton, and probably chosen which t-shirt you're gonna wear, booked a haircut and checked whether there are any rail replacement issues which may get in the way of your fun. You've probably also heard this track, so boo to you. Boohoo! BOOER! Boo. Blue?

And, for those of you not on Spotify, here's the Playlistify widget which has Youtubes...