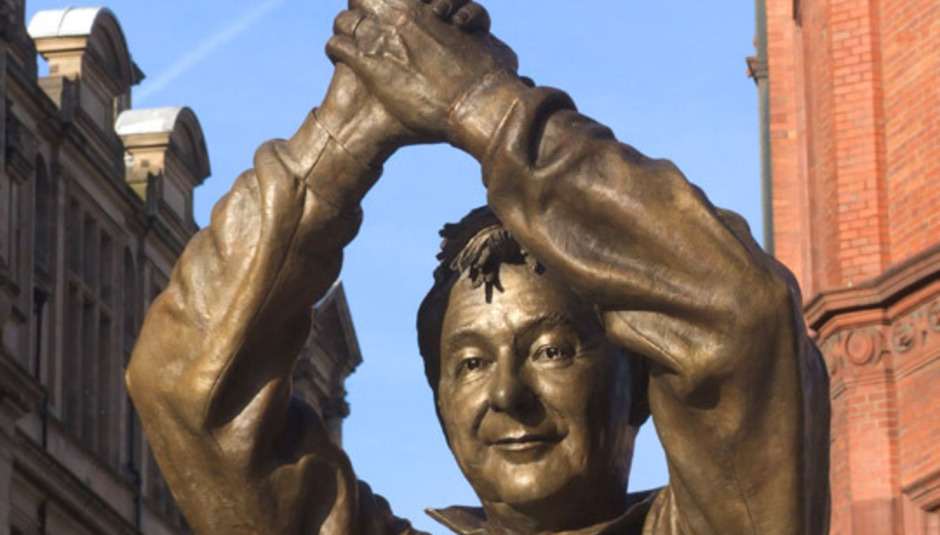 Following on from December's second local scene report and gig guide from the city of Nottingham, here's the third installment first one of 2011 from DiS' man in the East Midlands...

I guess the best place to start is to wish you all a happy new year, and what a great start to 2011 it's been for some of Nottingham's finest emerging musical talent. Whether it be the excellent Denizen Recordings, whose "Record Breakers" event last month drew a large crowd to Nottingham Arts Theatre and featured excellent performances from the likes of Kogumaza, Fists, Swimming and Hhymn. Or the rising stars of the city and recent interviewees Dog Is Dead selling out the Rescue Rooms earlier this month with an enthusiastic set that saw the Skins stars mix their merry tunes with a spot of impromptu crowd surfing for good measure. It would also be wrong not to mention the contribution of support act Hot Horizons that evening, who while not strictly originating from the city (Loughborough actually) seem to have amassed a burgeoning fanbase over Nottingham way due to a string of excellent live shows in recent months. Their excellent debut single 'October' came out at the back end of last year on Andrew Faley's (Late Of The Pier) Zarcorp label and really is worth purchasing if you can still find a copy anywhere! Currently recording their debut long player Memories I Never Had which is set for release later this year, remember their name...

Nottingham likes its festivals, and this year we've got three to tell you about. First up is the city's longest running event, Dot To Dot, now in its seventh year. Although still only early days in terms of bookings and announcements, confirmed so far are And You Will Know Us By The Trail Of Dead, The Joy Formidable, Hurts, The Naked And Famous, Cults and SBTRKT among many others. Expect some more interesting additions shortly. The city's one day event, Splendour, which takes place on Saturday 24th July at the picturesque Wollaton Park site will feature The Scissor Sisters, Blondie, Feeder and Dog Is Dead among its line-up, which again is far from finalized. Finally, 2011 welcomes a new addition to Nottingham's festival calendar next month in the shape of Hit The Decks. Featuring a wealth of artists from the punk, rock and metal genres, the inaugural event takes place on Sunday 17th April across three venues (Rock City, Stealth & the Rescue Rooms) with The Blackout, Cancer Bats, Hawk Eyes (formerly Chickenhawk) and DiS faves Kvelertak among those playing.

It's been quite busy in terms of releases. First of all we're quite excited about a new project called Alana, which is the brainchild of Amusement Parks On Fire keyboard player Joe Hardy and Andy Wright, who is perhaps better known for his work with We Show Up On Radar and Swimming. Their first EP Doom Wop came out earlier this month and can be downloaded via Bandcamp. The video to lead track 'Sukiyaki' is quite beautiful too...

Local post rockers Alright The Captain have also finally put down their first long player, SNIB, released last month via the excellent Nottingham based Field Records. As per their live shows, it's an ear splitting collection of gargantuan riffs and sporadic chord changes that recalls 65days et al at their most embryonic.

We're also quite excited to announce the debut single from Soft Pyramids, a collective formed from past members of Rotary Ten, Dead Spex and Young Wolves. Their first single, Cellar Tapes EP, is out on the 11th April on their own 49s v Dolphins label and a preview of the excellent lead track, 'Moving Out', can be heard below...

We must also mention the awesome Hhymn (again), who've finally finished recording their debut long player In The Depths. Out on 16th May through Denizen Recordings, the second single 'Girl Of Mine' hits the shops a week earlier and reaffirms those Elbow comparisons to the max.

Tom, who runs Denizen Recordings also looks after a more electronic based label, Magic Wire Recordings, and among their roster is the excellent Lone, whose mini-album Emerald Fantasy Tracks is out now.

Moving swiftly along, blues-tinged four-piece Oldboy released their first EP Angels Of The Light Division at the back end of 2010, and while it may have missed our radar at the time, it's been a regular on the stereo in the early part of this year.

Swimming, newly signed to East Village Radio's EVR Records released their first single in nearly two years, 'Sun In The Island' earlier this month. DiS got an early preview of what to expect from their soon-to-be released second album at the recent "Record Breakers" showcase, and would be underselling the band somewhat to say we were suitably impressed. An acoustic version of the track can be downloaded for free here.

Finally, we're taking the short trip along the A52 to Derby, where long term favourites of this website and the East Midlands live circuit You Animals are finally set to release their long-awaited first long player, Crimes, Creeps & Thrills. Out next month on This Is Fake DIY Records, it's seemed like an age in the making but as recent single 'What A Shame Lorraine' ably demonstrates, has been truly worth the wait.

Staying in Derby, sprightly punk pop quartet Whitemoor have also just released their debut album themselves, which for the measly sum of just five pounds, is an absolute bargain.

With single and EP releases imminent from Frontiers, Great British Weather and Fresh Eyes For The Dead Guy, not to mention eagerly anticipated long players in the pipeline from both Spotlight Kid and Dog Is Dead, 2011 looks set to be an interesting year for Nottingham's incessantly revitalised music scene.

There's also quite a mouthwatering selection of live shows coming up from both local and nationally established artists. Here's a few we're quite looking forward to over the next month or two...

Before we say "adios" for this instalment, here's a sample of some of the artists we've been banging on about...

Sun In The Island (Radio Edit) by Swimming by oki-ni
New album teaser track: 'Haunting Me' by Spotlight Kid by Type PR
Alibi by frontiersofficial
Hot Horizons - Spoken by Zarcorp Inc.
Kogumaza by mrneiljohnson
Dog Is Dead - Motel by thisisfakediy