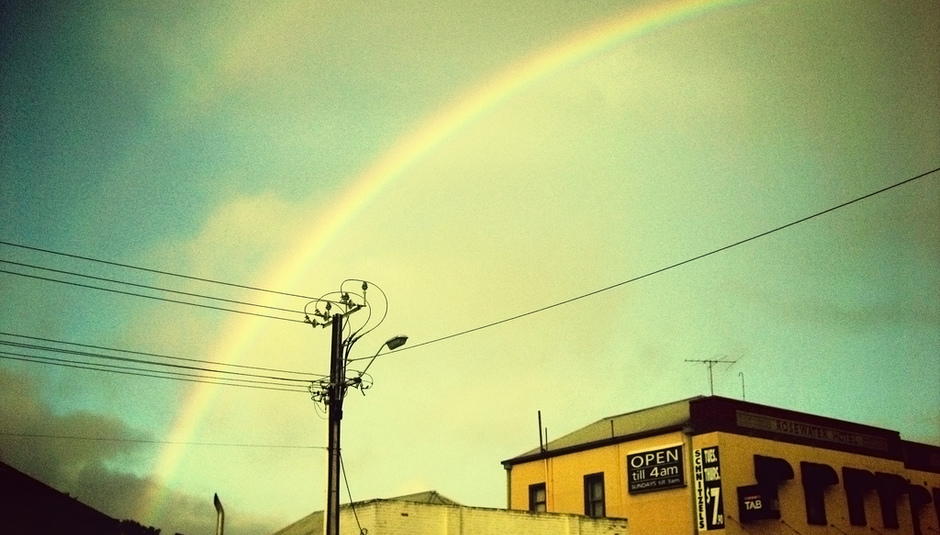 The albums' of the year countdown hots up with the main body of the list. The top ten follows tomorrow but for now, some thoughts from site founder Sean Adams who compiled this list...

Somewhere, somehow, there is a link to be found between the rhyming inflections of Big Boi's Sir Lucious Left Foot, the dive-bombing in super-slow-motion strings of Richard Skelton's Landings and that glittering future-throb of Kelis' Flesh Tone but whatever this connection is, I've yet to grasp it. This year's list has everything from alien electronics, to soaring vocals, to Uffie's self-referential amplification of our self-obsessed times, and that's not to mention Liars' and No Age's white-washed guitars or the Arcade Fire's stadium-gazing shift up a gear. For now, however, the only logical connection appears to be that all of these albums were released in 2010 and each of them found a special place in the fractured heart of DiS.

At our core, we started out as fans and became hardened music lovers. Of course, we don't love everything but we're frequently in awe of the creations that flop through our letter boxes, tumble into our twitterfeeds or crawl into our worlds, often somewhat unexpectedly, through the radio. We rummage and remark. We rustle around blogs and add records to our to buy lists, and then we read a thread, search for a song, like it so much we search for the album on Spotify or find a Mediafire link via Google. If we followed the map correctly we'd either find ourselves transfixed or lost for the perfect words to do the music justice.

Sure, we get as excited and bemused and frustrated with music as anyone but something draws us in that little deeper. Delirious euphoria becomes a desperate search for the perfect pattern of syllables to describe the clattering ping pong ball samples at the start of a Pantha du Prince track or the warm flash of purple as Ikonika's world of dubstep implodes. Catch us on our best days and we'll still struggle to find an explanation as to why a certain Besnard Lakes chord progression changed our way of thinking about the clarity a clear horizon can bring. Another day, we may be recounting moments when we were at our lowest ebb of the year but we'll breathlessly tell you that music saw us through, be it an ivory tinkle from second chorus on track three of All Days Are Nights or that resolute crunch of Sleigh Bells, that pulled us through whatever it was bringing us down. Some music this year was there for us but a lot of it grabbed us by the belt buckles and took us away from the dreary train carriage/tearful break-up/it all.

Reducing music to a list like this distracts and detracts almost completely from what it is that music means to us, and hopefully what it means to you too. Yet, here we are, trying to make sense of the year and putting everything into a neat and tidy list so that we can define the year, reflect our coverage and enable move forwards into 2011.

I guess what you really want to know from this pre-amble is what themes did twenny-ten bring? When compiling this list, there was little in the way of a coherent pattern, least not one we were able to spot. There's been a lot of talk of the web fracturing society and it would seem culture, music especially, is at the forefront of this shift. This pixellated world of the web, with its media outlet/blog for every niche taste and even those who read a publication such as DiS never reading the same content, means that it seems like consensus, is well and truly dead. Or to put it another way, of our 48 staff members who submitted their top 10 lists, only 98 albums featured on more than one list. 236 different albums were submitted and nearly every list featured a totally different top three. Only 5 records had more than five mentions in our staff top tens and none of those were anyone's number 1 choices.

Perhaps 2010 is a glitch, perhaps the lack of a Radiohead, an Animal Collective or an Aphex Twin record left many of our staff (and our messageboarders, whose top tens were also considered when ordering this list) exploring that bit further down the myriad of rabbit warrens on the web. Whatever the case, we've made a list, we've checked it thrice, and it won't perfectly match your personal list but whatever. One thing is for sure, 2010 has been an tremendous year for music and many of the records in this top 75, given a slightly different gust of wind, would be shuffled into an almost completely different order. To see so many of our favourite bands return with absolutely brilliant records made compiling this list an arbitrary battle with nearly nothing to separate the competition. This has been a slog to compile but we're happy with it, so put the kettle on, pull up an extra cushion on your chair and take yourself on an adventure through the reviews of the records you didn't get around to checking out.

Listen: One Track from Each Album as a Spotify Playlist

Lead image of a double rainbow via Luke Roberts on Flickr