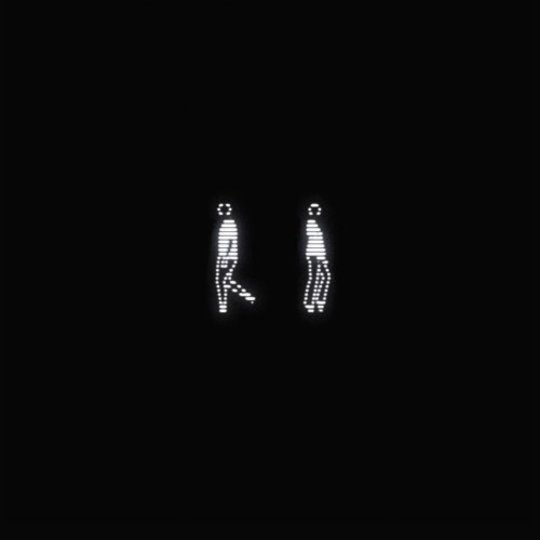 Infra was originally conceived as a 25-minute score for a Royal Ballet collaboration between composer Max Richter, choreographer Wayne McGregor and visual artist Julian Opie which premiered in November 2008 and was also broadcast on BBC2. Fleshed out to just over 40 minutes through the inclusion of outtakes and extended sections, the soundtrack was recently revisited and recorded by Richter and a string quintet with a view to documenting the ballet and giving the musical accompaniment a life of its own. Unsurprisingly, he achieves this and more with his fourth studio album on FatCat's classical imprint 130701, further solidifying his reputation as one of Britain's most versatile and identifiable classical voices.

While he rarely makes the jump to all-out showmanship, the virtuosity of Richter's piano playing is undeniable and forms the centre piece of much of Infra. His approach is fundamentally quite traditional but always includes his hallmark sense of mystery and suspense. Motifs are assembled, explored, disassembled and reassembled, shifting from one instrument to another to create a shape-shifting but coherent whole that is at times hauntingly beautiful. Drawing inspiration (and the odd borrowed melody) from Schubert's 'Winterreise', as well as the themes of T. S. Eliot's The Waste Land, it is a soundtrack best enjoyed as a single, fluid entity.

The album rises out of distant radio signals and Morse code blips to the euphoric, homely chamber music of 'Infra 1', wrapped in warm strings and analogue crackle. A false start in many ways, since 'Journey 1' which follows immediately touches on the tone of uncertainty that epitomises Infra. This is reinforced by a segue into 'Infra 2', beginning with a ghostly synth line before introducing one of the core melodies of the piece, a sweeping minor key dirge that would fit nicely on a Godspeed record. This is Richter at his most intimate and spine-tinglingly sparse. Critics have latched onto his home at FatCat and his subsequent association with post rock acts like Sigur Rós, but much of this album features a restrained tension that does not rely on inevitable resolution, instead hanging mid-air and dissolving in front of your very ears.

'Infra 3' has pace and a restless urgency, achieved through lopsided piano arpeggios and an uplifting refrain. The beautifully sparse 'Infra 6' is a delight, stripping away layers of strings to reveal a barebones piano composition exploring a familiar melody with a new chordal structure. Less traditional pieces appear in the form of ambient interludes; the throbbing, astral 'Journey 2', the delicate 'Journey 5' and the shimmering 'Infra 7'. The piece closes with 'Infra 8', a reassuring return to terra firma and a fitting conclusion to a journey into the unknown.

Throughout Infra, Richter's skill lies in his ability to re-emphasise and reinterpret, to construct an instrumental dialogue and a kind of imagined narrative through repetition and subtle alteration. You are often listening to variations on a theme, reproduced dynamically with the uncanny quality of a deja vu. Music like this can be the soundtrack to your imagination if you let it in.