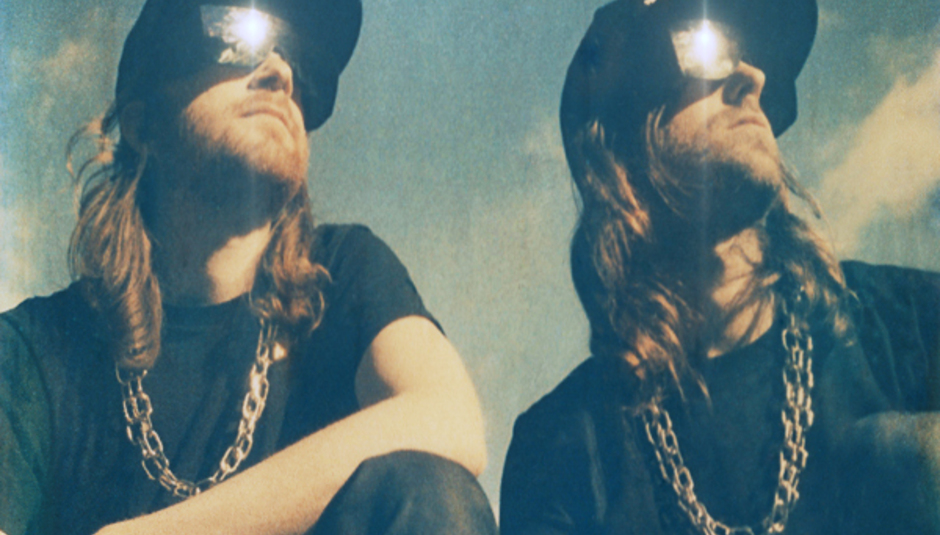 The latest weekly instalment of our Spotify playlists, themed around the content that's been up on the website in the space of a working week. This edition features Uffie, Ariel Pink's Haunted Graffiti, The Vaselines, Bonobo, The Strokes, Wild Nothing and many, many more.

Ready to Uff? If not then it's too late. Well, perhaps not too late if you haven't already pressed the play button, but Uffie kicks things off for us this week. She scooped single of the week as awarded by Sean Adams in Wendy Roby's absence. It wasn't for this track, but it's a recent single anyway, so that's the best we could do. Sorry.

Has it really been four whole years since The Strokes played a gig. That's an awful long time, not that anybody had really forgotten about these lank-haired once indie gods of a time now gone by, as demand for their secret show told us. Did you go? I didn't.

I'm the sort of guy who can get behind a good football song, as well as a good pun. The Dutch Uncles World Cup song (for England) combines both of these factors as it is called 'Fabio Acapella'. It's conceptually deep, too, at least musically if not philosophically - though it's quite rare all of these things manage to merge. Read more and download the track from here.

Things at Sky Larkin HQ are gradually heading towards the release of album two, entitled Kaleide. This week they confirmed the tracklisting and release date for the record. 'Octopus 08', taken from their debut LP, gathers pace, changes direction and then BAM! It also includes the opening line "In the decade that has not yet been named..." which gets my vote. For something.

It's been a fugging long time since The Vaselines released their first (and what many thought would be their last) album. Over 20 years in fact. So it's good to see that they've written new material and will release it as an album, called Sex With An X. The thing is 12 tracks long and there's also a free one available to download.

Ratatat released their heavily awaited LP4 earlier this week and it did not disappoint, with Hayden Woolley saying that the lack of vocals on it meant that: "you can put on LP4 around any mixed group of people at a barbeque or house party this summer and people can simply enjoy the sensory pleasure of interesting, lively music without analysing the cultural baggage than comes with it. The King of Space-age Pop would surely be proud."

This lot have come in for a right pasting from various sections of The Indie Public. Some of the criticism is unwarranted. What they've made in their self-titled debut is essentially a good indie-pop record without too many bells and whistles hanging from it. This is no bad thing. So what, one of them wears one of those Varsity jackets. No problem. Read the review here. Some people really have a point to hammer home, huh?

Another band who have attracted a swarm of hype and buzziness are Ariel Pink and his Haunted Graffiti, though they are perhaps a tad less divisive than The Drums. Although this is a cover of a very old song, it's still pretty neat in its compact, driving nature. A little less 'slack' than the rest of the album, mind. Watch the video for the track here.

Jack Tatum a.k.a. Wild Nothing's debut record Gemini has been getting a heck of a lot of critical praise. And praise in general. It's symptomatic of a current reignited love-affair with the '80s guitar pop drenched in reverb type thing but you've still got to have the songs, and Gemini certainly does. A UK-ish tour was recently confirmed, read about that here.

There can be few vocalists who enunciate as broadly and as well as dear Johnny Flynn. This may because he's also an actor. But don't let this deter you, as Ed Miller says in the review of his latest one Been Listening. This slab of Flynn is particularly heartfelt, almost like a funeral march which, I guess, the lyrics kind of suggest it should be. Enjoyable despite the morbidity.

We caught Jamie Stewart and Xiu Xiu at Plan B in Brixton earlier this week, along with Blue On Blue and Woom. Read about them, too, but Xiu Xiu is what you want. 'Impossible Feeling' scores about a 12 on the creepiness scale, without ever being fully frightening.

Every time I hear this I question the lyrical content. It's not particularly politically correct but then again what are we striving for if not happiness in this world? Is that offensive? Is this sort of thing OK any more? Regardless, we can be fairly certain that 'Mongoloid' won't be a track Devo perform as part of their appearance on the 100th episode of Futurama it'll probably be something like 'Whip It'. Inferior.

There's been a lot of talk about 'chill-wave' THE GENRE. It's best not to pay a great deal of attention to it, in honesty. If all the songs are going to sound like slowed-down-downbeat-sex-jams then the style of said songs is largely irrelevant. This is the exact point where I shoe-horn in a reference to 10cc. We caught up with Washed Out earlier in the week, read the findings here.

Back on the whole 'you don't need vocals to make a good song' trip are Lone Wolf, whose album this week scored 8/10. We reviewed it here. Some of the tracks are songs though - that is to say they have a vocal melody. Beauty doesn't need a voice when it has a face like this.

It's now June and we're nearly at the mid-point for the year. How quickly so much musical water has passed under the bridge. As a sort of celebration of such, eMusic revealed their favourite albums of the year so far including White Hinterland, The White Stripes, Broken Social Scene and, of course, Bonobo for Black Sands. With something like this included on it, an affirmation of the record's wide-reaching quality is found.