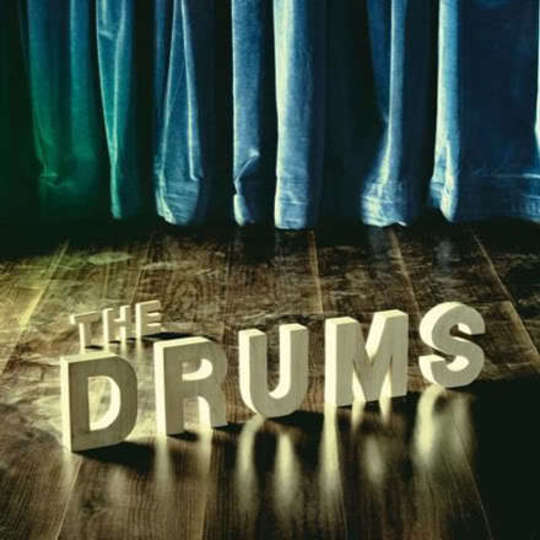 As opinion splitters go, it's difficult to envisage another act causing as much of a divide in 2010 than Florida-cum-Brooklynites The Drums. While it could be argued that a lot of the hate has been born out of little more than the hype that's followed them around since last year's Summertime EP, there's also a nagging suspicion that they're in some way 'fake'. Despite the band's protestations that their main sources of inspiration come via a predominantly English underground scene stretching back to the mid-Eighties when Rough Trade, Creation and Sarah Records represented independent music in its most quintessential form, The Drums do have history in a former life, hence the cries of 'heretics' or worse. Indeed, while few if any could have predicted such a musical seachange between Elkland - vocalist Jonathan Pierce and guitarist Adam Kessler's Killers-lite outfit from the first half of the past decade - and The Drums, only the most cynical soul would view such a departure as careerist. After all, The Wake, The Field Mice and Felt were hardly million selling household names back in the day, yet all three's influence lingers throughout The Drums from start to finish.

It's also worth noting that what was perceived as the elitist's alternative 25 years ago - fey boys and pinafore dress adorning girls singing ramshackle love songs, mostly in desperation - has been replaced by what is widely perceived as the sound of a piano been thrown down a flight of stairs as the current favoured sound of the underground trendsetters. Add to that the fact that lyrically, The Drums aren't exactly the most complex creatures when it comes to analytical wordplay (sample lyric: "I thought life would get easier/Instead its getting harder without you...") and it's easy to see why they're not exactly getting everyone rejoicing their name in communal fashion from the highest rooftops.

Nevertheless, their strengths far outweigh any perceived weaknesses, and despite the odd trite lyrical observation, The Drums is undoubtedly the most rejuvenating, sprightliest guitar-based pop record released this year. Sure, there's absolutely no doubt they wear their influences quite loudly on their sleeves; 'I Need Fun In My Life' and 'Book Of Stories' unashamedly recall both The Field Mice's 'Sensitive' and 'Song Six' in both sound and structure, Kessler and fellow guitarist Jacob Graham's delicate patterns weaving through both songs in a similar way to Bob Wratten and co.'s signature sound from yesteryear. Additionally, the wavering keyboards and unobtrusive drums so intricately featured on the likes of 'Best Friend' and 'Forever And Ever Amen' vividly echo The Wake's faux New Order-isms, particularly on the latter's 'Carbrain' or 'Something Outside'. There's also a dash of Orange Juice here, a smidgen of The Smiths there, and a healthy dose of Felt in between for good measure, ensuring that The Drums is possibly the most un-American sounding album created by a Stateside outfit in many a year, albeit for Pierce's South Easterly drawl.

Its also worth noting that of the 12 songs which make up The Drums, only two appeared on the breakthrough Summertime EP, which more than hints at a band whose self-belief and confidence in their songwriting abilities is far from reticent. 'Let's Go Surfing' brings Beach Boys schtick into the 21st century courtesy of its timeless melody and incessant riff, while 'Down By The Water' is their attempt at a Shangri-Las style heartbreaker, Pierce declaring in Morrissey fashion "If they stop loving you, I'll stop loving you" like some downtrodden romantic.

Of the other ten pieces here, its fair to say that the musically upbeat and lyrically downbeat contrast makes for a surprisingly engaging listen, and even though it would be easy to label the likes of 'Best Friend' and 'Book Of Stories' as disposable pop, there's as much here to keep going back to as there is with say 'Sloop John B' or 'Ticket To Ride', also dismissed as music designed to be forgotten about soon after yet still held as a barometer of such fare over forty years later. It would also be easy to say that The Drums are little more than this year's fad, the annual style-over-substance tip dished out by the glossies every year while citing the likes of The Bravery and Joe Lean as other recent failures of a similar nature. Indeed, that accusation would probably be true were it not for the songs themselves. However, The Drums is packed full of tunes that even the most snobbish detractor couldn't fail to bury their miserable preconceptions for half an hour or so and enjoy to the maximum. So, what are you waiting for...?