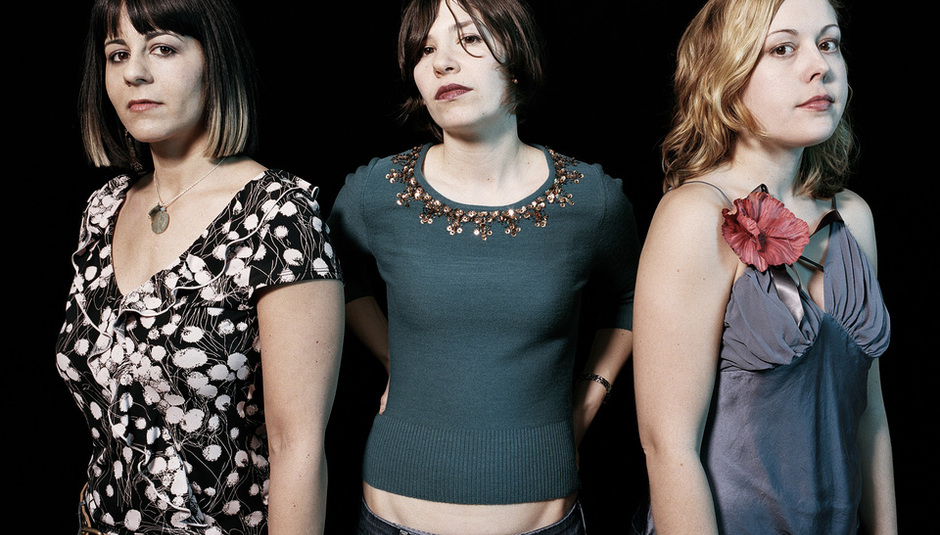 If this song has been played on 6Music once this week, it's been played 48,000 times. Not necessarily a bad thing, though, given the summery thoughts it instils and how the weather has been heading this week - i.e into something approaching Spring. Wendy Roby said, of this track that it " tumbles about like a slinky, and just as playful." More playful!

Yeah, this track had the video in which Ms. Badu was nakedly walking backwards, gradually putting her clothes on in slo-mo. The scene that got her into a little bit of trouble with the authorities. I've always thought a re-imagining of Hitchcock's Rear Window with a similar theme was well over due. Read Phil (can I call you Phil, Phil?) Bloomfield's superb analysis of her new record, here.

Hey! These guys are playful! And a lot of fun! Slightly annoyed though you may be from the Spotify ads for this single - especially when the track is next in line - it's a slice of nothing less than you'd expect from the duo. Or are there three of them now? Wendy Roby trashes my analysis from afar in this Week's Singles. She makes a good point.

The album version of this track is approx. seven times better than this one, taken from their 2007 live record. It just sounds a bit FLAT. More guitar please! Anyway, The Thermals were part of the Kill Rock Stars sampler give-away, which also featured many more American rock luminaries.

New Rolo Tomassi material ahoy! Produced by Diplo. This reminds me of the time I smashed my SNES up by falling face first onto it. Whilst playing an intense game of Super Mario World. Do one Bowser!

Sleater-Kinney were also on the Kill Rock Stars sampler. The other KRS related news is that SK guitarist/vocalist Corin Tucker is to release a solo record later this year. She says it's "in the ballpark" of sounding like Sleater-Kinney. And also that it's partly about being a mom/mum. A good mix?

No Age scored a film earlier last year. They also performed it live. And made a free mp3 available of that performance. We tried to choose a track of theirs which best represents what that score sounds like. A shame, then, that it's only 1:22 long. Still...

Supergroup Atoms for Peace played a pair of shows in the USA earlier this week. We didn't send anyone there, you understand. BUT he played a handful of tracks from The Eraser including, I presume, 'Atoms For Peace'. But maybe not.

Matthew Herbert is a profoundly strange man. But also an artist, in the truest sense of the word. He's currently in the process of releasing a trilogy of records, one of which documents the life and times of a pig. PETA weren't too happy about that one. The first of these, One One, comes out on Monday. We reviewed it here.

I still remain unsure how this track can remain both heartbreakingly sad and heartwarmingly upbeat. It's a mystery. Maybe the influence of drugs. On the song. Not me. Steve Mason discussed his issues with depression and thoughts of suicide this week, all pretty candidly. Some of it is quite amusing, in a way.

Danes Slaraffenland have made an accomplished, good, consistent record in We're On Your Side. It falls just short, however, of being truly great. But it's still worth, at least, a cursory listen. Read the review.

12. Youthmovies - 'If You'd Seen A Battlefield'

"It's not going well and it's not going badly..." rings out the opening line of 'If You'd Seen A Battlefield'. Unfortunately now, it's not going at all, as Youthmovies are no more. But not without one final farewell tour which was, by all accounts, a true spectacle. That is, aside from one of their number smashing himself in the face with his guitar. View some snaps from their Leeds gig here.

Rufus Wainwright, of the famous Wainwright clan - which excludes the bloke who does the walking and talking - dominated our Tuesday this week, as it was 'Rufus Day', which we got some good material from. Where to start with Mr W? Well, here would be a good port of call. Given the week's events, it was either 'April Fools' or 'Barcelona' for the track to include.

Frivolous though some of dear old Jeffrey's lyrics may be, he's still a singer who can induce tears. Especially with tracks likes this. It must be the supreme earnestness contained within this 'commentary'. He played the Troxy with Daniel Johnston. We reviewed them both here.

Does it either a) say a lot that when Black Sabbath were first around they weren't taken especially seriously or that b) not very much. Honestly? We shouldn't give a hoot about such irrelevancies and enjoy what they made, for it is as extremely enjoyable now as ever. Read something about their latest (but certainly not greatest) re-issues here.

Says Michael Wheeler: "With Two Thousand and Ten Injuries Love Is All have created another master class in yearning, defiant, confused and lovelorn indie-pop, the sort of record you wish you had by your side when you were stuck re-heating cheeseburger puffs* for minimum wage in one of Essex’s premier petrol station." Read his review.