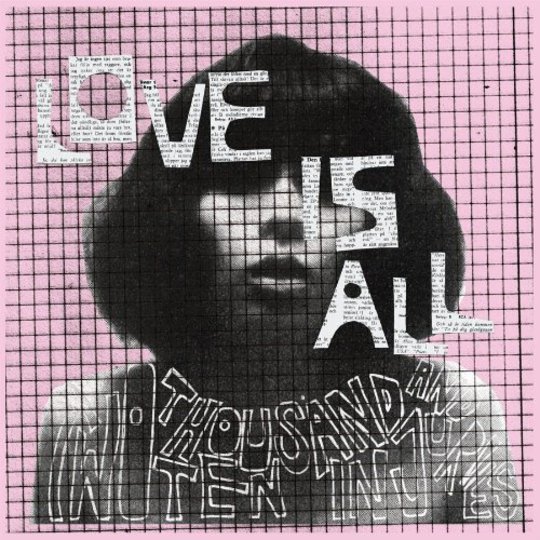 Johnny Marr once said that he generally followed Plato’s sort of obvious but sort of insightful summation that all that really mattered in life was love and work. This troubled me at the time because I’d just graduated and suddenly found myself making mountains of egg mayo and cress or wilted bacon and out-of-date brie baguettes for a despotic petrol station overlord that would scowl through my arse-licking spit-spot ‘hellos’ and call me Matthew or Mitchell, despite my name badge, every time he came in to fill up his swaggering company car. That and the girl that I’d convinced myself I was in love with had apparently just wanked off Paul round the back of the waste compressor. Anyway, eventually I got the sack and the girl never returned my text messages, so it all worked out fine in the end. But Marr’s comment stuck with me and I often find myself wondering if, magically given the choice, I’d rather have an amazing career but with a stuttering non-existent love life, or be in a heady, consuming relationship of Keats/Brawne, Joycey/Nora, Price/Andre style intensity yet at the same time have to trudge through an embolism inducing job everyday of my life. But we know what these guys would choose, right? I mean look at the name… Love Is All… LOVE Is All, yeah? Yet with the band lacking a record deal after the end of their spring 2009 tour, and no expectations or stipulations guiding them to do anything much at all, they had to have a sit down and make the work side of life a priority to decide how to continue as a group from there on. Fortunately they stuck with it, recorded a collection of songs on their own terms and came up with this, their third album since 2006 debut Nine Times That Same Song.

I mention Nine Times... because alongside In The Court of the Wrestling Let’s by Let’s Wrestle I think it’s probably the finest example of scrappy and anthemic, heartbreaking and heel shuffling, gambolling, clattering indie-pop from the last decade, both making last year’s pin ups The Pains of Being Pure at Heart sound like a copyright-bypassing supermarket house-band spluttering out cut-price facsimiles of standard themes. And if Two Thousand and Ten Injuries doesn’t quite reach the heights of their debut, it runs it awful close with the selfsame itchy, fizzing vigour coursing through every song to make each listen feel like the first intoxicating blush after meeting someone who’ll eventually inspire restless nights, self-pitying pub conversations, a regretful glut of insipid pseudo-poetry and vague short-film outlines with oddly familiar meet-cutes (‘Ok, there’s this guy, right?…and he works at this petrol station with this girl’).
‘Bigger Bolder’ kicks everything off and sets the scene, being spat out as it is with their trademark frangible, post-punky yelps and squeaks and rumbles and scratches. ‘Repetition’ is quick on its heels, coming on like an anthem for helpless romantics who need constant reminders that a fleeting catch of the eye or casual two minute conversation shouldn’t always be the cause for a hyperbolic declaration of feelings and hopes, Josephine Olausson pleading "Be still, be still my heart/you’re beating way too fast". Indeed, Olausson’s vocals charm on every track, excitably shifting from bashful whisper to frantic scream yet always sounding like she’s in the midst of having her heart broken or breaking someone else’s. Highlights are scattered throughout but ‘A Side in a Bed’ deserves a special mention, a woozy and tender three minutes of half-asleep hopes and dashed desires, all finishing with Olausson’s exhausted declaration, "I want to be somebody’s favourite/I have to be somebody’s favourite". With Two Thousand and Ten Injuries Love Is All have created another master class in yearning, defiant, confused and lovelorn indie-pop, the sort of record you wish you had by your side when you were stuck re-heating cheeseburger puffs* for minimum wage in one of Essex’s premier petrol station.