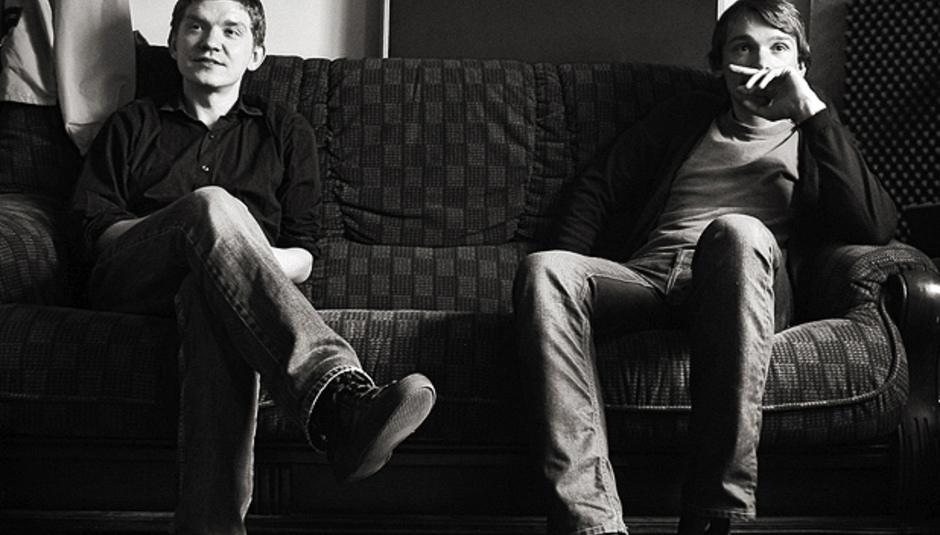 Welcome to Friday. A marginally more beefy Spotify playlist for you this week, mainly on a whim. Enjoy it while it lasts. Plenty of highlights this week, though, including a lovely piece from the armchair dancefloor column, and a rare chance to hear Roy Harper.

Anyone want an invite, I've got a couple left?

MGMT unveiled the album art for their new record, Congratulations this week. The end product is certainly something to behold, whether in the positive or indeed the negative. If the new one contains any CERTIFIED PARTY BANGERS like 'Time To Pretend' then all will probably be forgiven.

2. Metronomy - 'You Could Easily Have Me'

It's not too often that the finer points of 'World Music' gets talked about, or the concept even debated on these pages, but it's definitely worthy of such discussion. Nigerian-born Olugbenga of Metronomy did exactly that this week, as well as sharing his mixtape with us all. Good man.

'Dream-pop duo' seems to be the phrase to describe these lot. I would just use 'brilliant'. Seems fair. This wibbly-wobbly number builds and builds. though I can't be entirely sure about the panting at the start. On balance you can't grumble too much. Totally Woozy. We took some snappy snaps of them up in Leeds.

Crystal Castles have announced a handful of shows across the world, as well as confirming a new album, due for release in the summer. This one may hurt your ears. And your indie sensibilities.

Brace yourself people. Turn up your speakers, headphones, whatevers. 'Scattered' is a just a bit powerful, like. Love the guitars, absolutely love them. And the bass. And the drums. We reviewed their album Condors this week, giving it a very respectable 7/10.

These young old boys sure do make a righteous racket. I was about to make a comment on how this track is Eugene McGuinness-esque when I realised one half of the band is Eugene's Brother. Duh! Their debut record, Mumbo Jumbo & Murder was reviewed here.

Sunderland's wonderful Field Music returned from their hiatus this week with Field Music (Measure), for which they also gave us their Track-by-Track review of. Not sure whether it has anything quite to the level of 'Working To Work', though, but that's a high bar they've set for themselves, so it's their own bloody fault.

Listening to 'Roman Candle' - the track OR the song - you'll no doubt notice the sound of Elliott's fingers sliding up the fretboard, which turns out to be more irritating than endearing. Thankfully, then, Roman Candle has been re-mastered and will be released through Domino in April.

Endearing, however, is exactly what Caitlin Rose's American twang is. She's got a daw-ket in her paw-ket, apparently. Best (and most childishly funny) line from this track - 'I got a fresh pack / I got a red Bic / The Surgeon General can suck on my dick / woah-oh-oh/'. Etc. Not very lady-like, though. Was your mouth out missy. Read our review here.

Possibly the first and last time you'll hear legendary British folkie Roy Harper on a Spotifriday playlist, so savour it. It was confirmed earlier in the week that Roy would be supporting Joanna Newsom for two dates at the Royal Festival Hall. You'd be a twat to miss it, quite honestly.

Peter Gabriel got pretty pissed when Thom Yorke didn't reply to him about his Radiohead cover. Apparently he only listened to it once. LOL. Never mind, he also covered The Magnetic Fields' 'The Book Of Love', and totally overwrought it is. Sounds like it should be on a film soundtrack or something. Oh...Joe Stannard mulled it over at great length and gave it 6/10.

Somewhat saddeningly, very few of the very best Singles of the Week are to be found on Spotify at the moment, so we've had to settle for a one which has been knocking around for a while. Still, it's not a baaaaad song, if a bit trudging.

Quasi's new one, American Gong, got 8/10 from us this week. Sean Thomas said: "American Gong is a far more coherent and quality controlled record than the bands’ previous two or three outings, their best for some time. Part of that is down to the fact it ‘feels’ a bit more substantial, partly down to the addition of occasional collaborator Joanna Bolme on bass (Stephen Malkmus & The Jicks), almost definitely due to the mixing being shared between Dave Fridmann, Tucker Martine and Steve Fisk, and in no small thanks to the raw songs on show."

Rapper-cum-actor-cum-superstar will be shifting his backside this way, to play a trio of shows in Glasgow, Bristol and London. Rule one: never turn down the opportunity for a slice of Slick Rick. WHATEVER the situation.

Deftones are FINALLY releasing their sixth studio record on May 18. It'll be called Diamond Eyes and is their first release since Chi Cheng's tragic accident. I guess you could say White Pony was their heyday.

The Fall ALSO return with another one, in April. That'll be called http://drownedinsound.com/news/4139148-the-fall-to-release-new-record-in-april, called Your Future, Our Clutter. Not really much else to say. It's The Fall, man. A friend also remarked that this is the perfect song to watch Olympic Luge to. Jangle jangle!

And so we come to the end, and the first track from this week's armchair dancefloor column, and what a fine track from a fine album to end on! Chris Power described Skelton's Landings thusly: "Landings is a piece of work that is intimately connected to the landscape. The specific terrain that inspired Richard Skelton, who also records as A Broken Consort, Riftmusic, Clouwbeck, Carousell and Harlassen, is that of the West Pennine Moors, which lie to the east of Skelton's village of Standish, Lancashire." I'd recommend listening to it all.

Click here to browse through our entire collection of Spotify playlists.

The Insider: This column is exclusive...