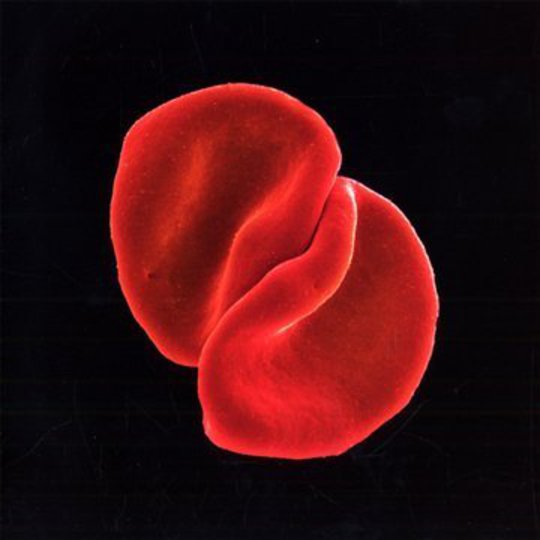 From the progressive adventures of Genesis to the stylistic flux of his subsequent solo career, Peter Gabriel has always made for an strange kind of pop icon. He's never been a rock 'n' roll animal. He's never really fitted in alongside the irksome likes of Sting and Bono, with whom he shares a philanthropic impulse. He's not a million miles from Brian Eno but you couldn't really imagine the ambient mastermind pumping his pelvis before an arena crowd to a song called 'Sledgehammer'. Yet he's been a fixture in the firmament for over 30 years, making music which is at once cerebral and emotional, which couldn't really have been made by anyone else.

In 2010, Gabriel finds himself firmly lodged between megastardom and cult. It's hard to think of anyone with a comparable profile, aside from friend and occasional collaborator Kate Bush, with whom he has a great deal in common. Both artists made it through punk largely unscathed and exited the Seventies as avant-pop pioneers before going on to chart their wayward courses through the coke-mirrored labyrinth of the Eighties, opening portals in the mainstream through which dream, magic and mysticism could infiltrate. Both located themselves early on within a vivid landscape of Jungian symbolism that offered an alternative to the materialism of Eighties pop.

This was never more evident than in 1982, when Bush issued The Dreaming and Gabriel released his fourth self-titled album. They were twins, delivered into the world via the magic of the Fairlight CMI, a sampling keyboard which enabled, among other things, the rapid application of Jon Hassell's Fourth World concept to a commercial pop format. Like The Dreaming, Peter Gabriel was simultaneously of its time, ahead of its time and out of time altogether; created with state of the art technology yet betraying its author's fascination with non-western cultures, it lifted the listener out of the continuum into what resembled a facsimile dreamtime devised by supercomputer. Listening now, winsome electropop numbers like 'I Have The Touch' and 'Kiss Of Life' sound engagingly lo-fi and ramshackle while the hallucinatory 'Rhythm Of The Heat', 'San Jacinto' and 'The Family And The Fishing Net' are still more disquietingly alien decades out of their original context.

Gabriel's 1986 commercial breakthrough So succeeded by smoothing his experimental tendencies without completely neutralising them – as huge mainstream pop albums go, this one was pretty unusual. The mournful widescreen shimmerscape of 'Red Rain' – co-sculpted by producer and Eno associate Daniel Lanois – for instance indicated Gabriel's ongoing fascination with dream states while the eerie drone of 'We Do What We're Told (Milgram's 37)' offered a chilling commentary on mankind's capacity for obedience. The most visible proof of Gabriel's stubborn oddball streak came with the video for the hit single 'Sledgehammer'. This still-astonishing collaboration between the Quay Brothers, Aardman Animations and Stephen R Johnson is so overloaded with symbolism it often feels more like coded indoctrination or extended sigil than expensive advert for an album, its key moments including dancing headless chickens and a section during which Gabriel stands camouflaged against a backdrop of stars. Even as he took on the mantle of transatlantic celebrity, Gabriel appealed to the collective unconscious, stockpiling memories for later generations to process and degrade. Kate Bush has already been widely cited as a crucial influence on the loosely defined aesthetic of Hypnagogic Pop – it'd be surprising if Gabriel didn't also figure in the personal pantheons of such Eighties-obsessed savants as Daniel Lopatin, Spencer Clark and James Ferraro.

Three albums – if we include his soundtrack to Martin Scorcese's The Last Temptation Of Christ – and a host of extracurricular projects later, Gabriel presents Scratch My Back, a collection of cover versions arranged for voice and orchestra under the auspices of Bob Ezrin, who – allegedly unsatisfactorily – produced Gabriel's 1977 solo debut. Much has been made of the fact that Gabriel has chosen to cover the work of relatively young contemporary artists, including The Arcade Fire, Bon Iver, Regina Spektor and Elbow, alongside Neil Young, Lou Reed and Randy Newman. Whether or not this is the intention, this feels like a bid for the new crypto-indie mainstream rather than a bold engagement with the unknown. Thankfully, he succeeds in bringing something more than sonic novelty to these songs, through the beautifully weathered tone of his voice and an overwhelming air of melancholy. No Gabriel album to date has been quite this dogged in its pursuit of a single mood – for example, the version of David Bowie's 'Heroes' retains the sorrow of the original while holding its hope at an even greater distance, and this is the case throughout the album's 12 tracks. Some of these interpretations tell us nothing we didn't already know, but do so in an accomplished fashion; Gabriel's take on Neil Young's 'Philadelphia' does little more than confirm what a heartbreaking work of staggering genius it is, while the recasting of Elbow's 'Mirrorball' informs us that even a dull song by a truly dull band can be transformed with a bit of judicious rearrangement. Radiohead's 'Street Spirit (Fade Out)' is given a sensitive treatment that is frankly ill-deserved – call me an obscurant but I'd rather hear Gabriel tackling 'The National Anthem', 'The Pyramid Song' or 'Knives Out' than the last gasp of Thom Yorke's Bono complex. Then again, some of Gabriel's choices, as with his recent Hot Chip-assisted version of Vampire Weekend's namechecking 'Cape Cod Kwassa Kwassa', not included here, are delightfully spot-on in their logic. Paul Simon's 'The Boy In The Bubble' is a fantastic, underrated pop song replete with brain-buzz imagery and it makes sense that Gabriel would recognise this, while his version of Randy Newman's 'I Think It's Going To Rain Today' highlights an songwriting influence stretching at least as far back as 1977's 'Waiting For The Big One'.

Ultimately, though, it's hard to react to Scratch My Back with anything other than mild approval. It's a decent enough, darkly-shaded mainstream pop album, but the concept is distracting. I can't say I'm terribly bothered whether Gabriel digs Bon Iver, The Arcade Fire, Elbow or any other lucrative crypto-indie micro-industry; I'm equally disinterested in the degree of influence his work has exercised on their music. If he had expressed an enthusiasm for Lambourghi Crystal, Ikonika or Mordant Music, say, then there would be considerably more cause for excitement. As it is, I'd rather Gabriel remained aloof and knuckled down to completing his long-mooted eighth album I/O. However well he aquits himself as an interpreter of other people's songs – and he does fantastically well here – I'm always going to be more interested in what the artist himself has to say. The danger of Scratch My Back is that in the attempt to assert Gabriel's 'relevance' – as though that's the most important issue regarding any artist's work – it could make him seem less interesting than he is.